Charlie Kimball
” I’ve got one of the best health care teams out there as far as diabetes management. “

” My team fills two separate drink bottles for me in the car. One is water, and the other has orange juice. I just turn a valve and go from water to juice… to adjust my glucose levels. “

” You don’t get a mix of ovals and road/street course racing with this level of competition and speed anywhere other than Indy Car, and I think that’s why it has remained a popular choice for so many young drivers. “

” Racing is what I live for, and it makes my world go around. Having said that, without the support of the diabetes community, I may not have gotten back into the race car after my diagnosis in October 2007. “

” As the son of a racing car designer and mechanical engineer, I was exposed to motorsports from day one. “

” When I turned 16, I got my driver’s license like the rest of my classmates, but I also got an extra present: a two-day practice session in a Formula Ford: my first open-wheel racing car and the first step on the ladder toward becoming a professional driver. “

” I have a lot of great racing memories growing up in Europe as a young boy – playing with car parts on my dad’s desk, watching the races on Sunday afternoons to try and spot him on TV, even having the chance to go to Formula 1 races where he was working. “

” People ask how hard it can be sitting down for work during a 500-mile race? Well, without power steering or power brakes, holding onto 650 horses in a car that has nearly 3,000 pounds of downforce and can produce up to 4Gs vertically and laterally can be extremely tough – even sitting down. “

” While I’m driving, I’ve got speed, gear, lap time, water temperature, blood sugar, RPM, oil pressure. I’ve got car data and body data all together. It’s all on the dash. “

All 10 Charlie Kimball Quotes about Car in picture 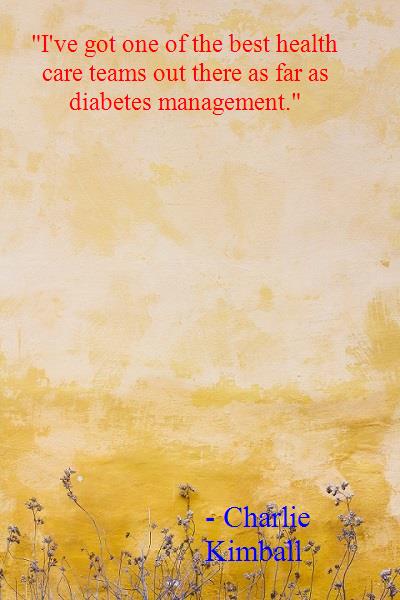 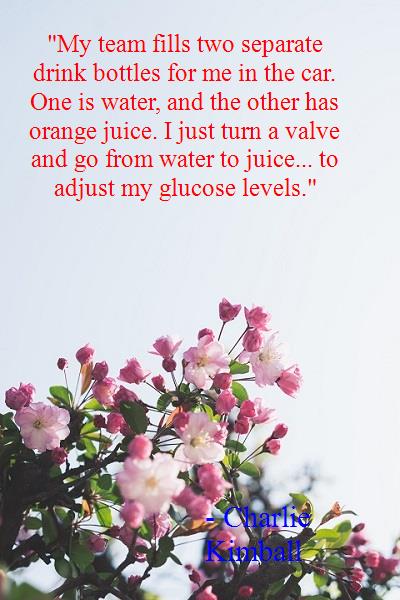 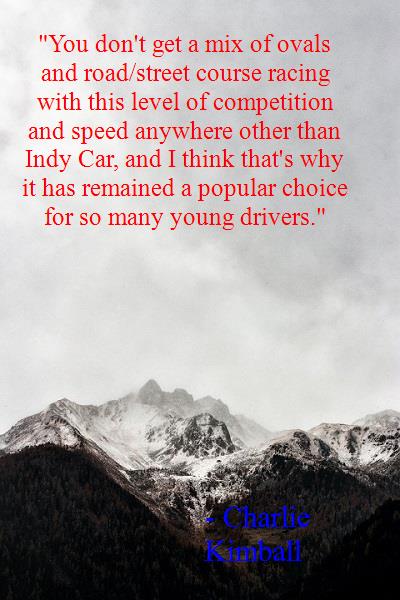 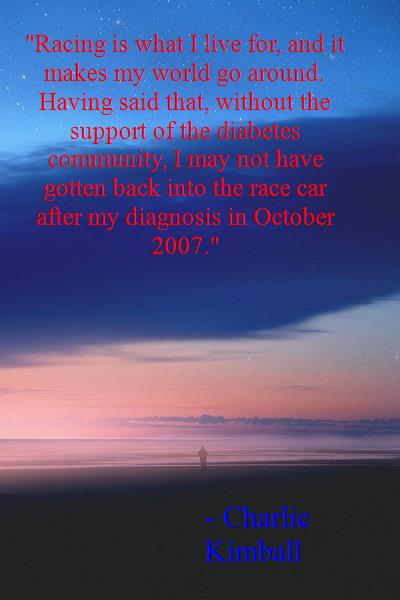 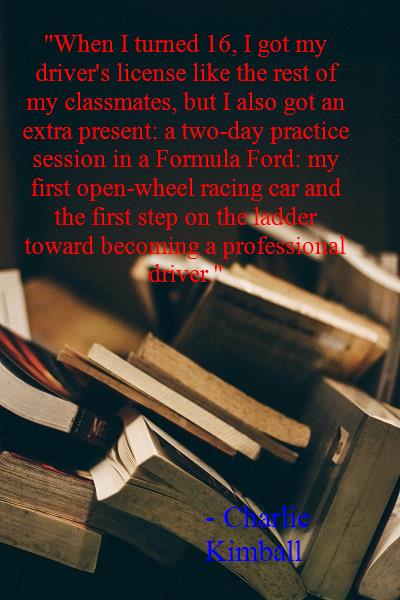 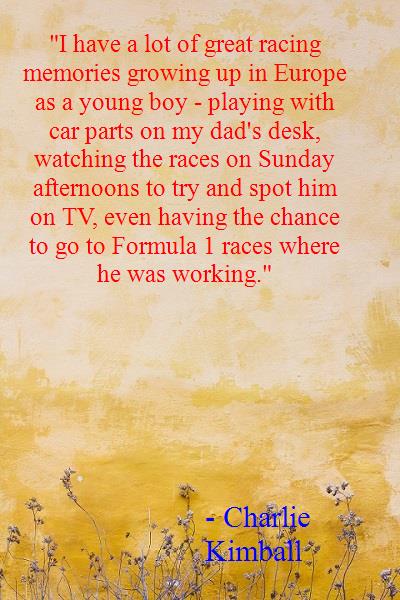 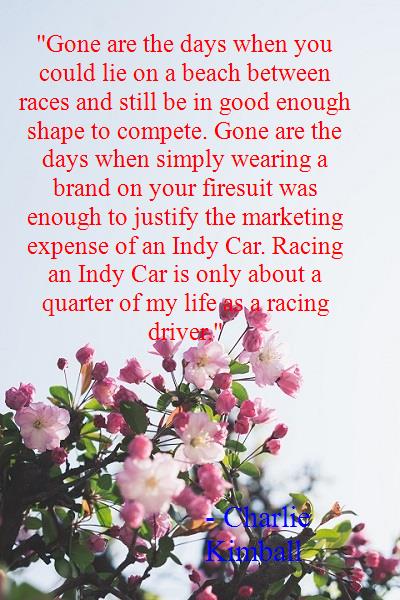 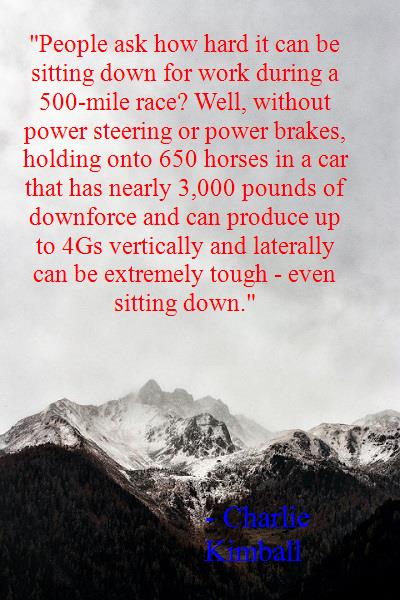