Jakob Bohme
” If men would as fervently seek after love and righteousness as they do after opinions, there would be no strife on earth, and we should be as children of one father, and should need no law or ordinance. For God is not served by any law, but only by obedience. “

” When the Soul that is sprung from God’s Word and Will is entered into its own desire to will of itself, it will run in mere uncertainty till it return to its Original again. “

” All strife concerning Christ’s testaments cometh hence that men do not understand that Heaven wherein Christ sitteth at the right hand of God. They understand not that he is in this World, and that the World standeth in Heaven, and Heaven in the World, and are in one another, as Day and Night. “

” The virtue of Love is nothing and all, or that Nothing visible out of which All Things proceed. Its power is through All Things, its height is as high as God, its greatness is as great as God. “

” Love is higher than the Highest. Love is greater than the Greatest. Yea, it is in a certain sense greater than God, while yet, in the highest sense of all, God is Love, and Love is God. Love being the highest principle is the virtue of all virtues, from whence they flow forth. “

” Time past, present, and to come, as also depth and height, near and afar off, are all one in God, one comprehensibility. “

” The city Babel is the Ham-like man, who builds this city upon the earth, the tower is his self-chosen god, and divine worship. All reason-taught, from the school of this world, are the master-builders of this tower. “

” Adam was the image of God, he was man and woman, and yet neither of them before his Eve, but a masculine virgin in peculiar love, full of chastity and purity. “

” God’s love-eye does not see essentially into the wicked rebellious apostate soul, neither also into the devil, but his anger-eye sees thereinto, that is, God, according to the property of the anger or fire of wrath, sees in the devil, and in the false soul. “

” All men who give up themselves in obedience unto God, they are received in Christ’s obedience, viz. in the fulfilling of the obedience, the Jew and the Christian, and so likewise the heathen who has neither the law nor Gospel. “

All 11 Jakob Bohme Quotes about God in picture 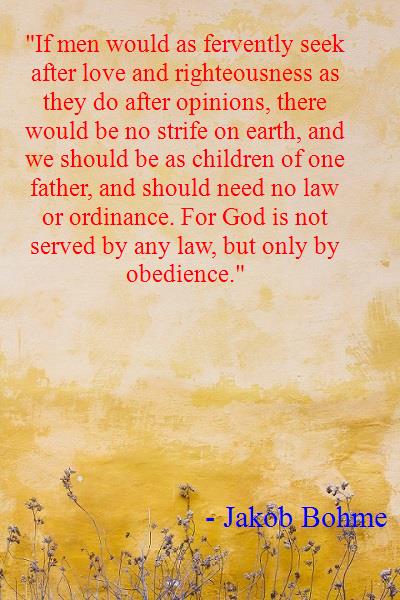 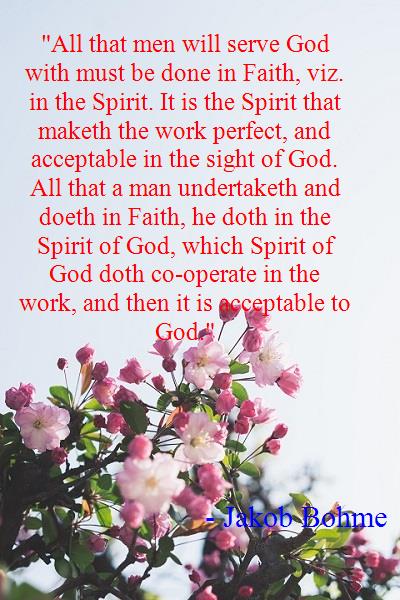 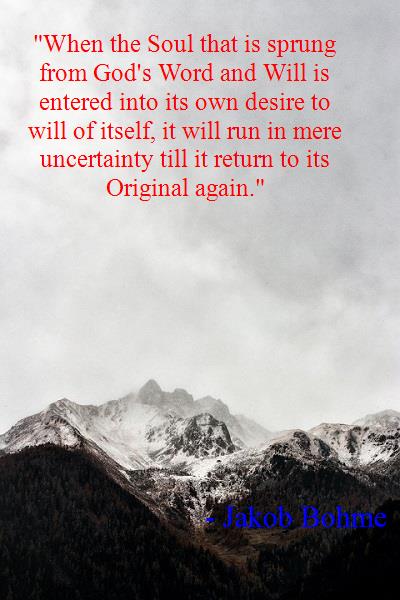 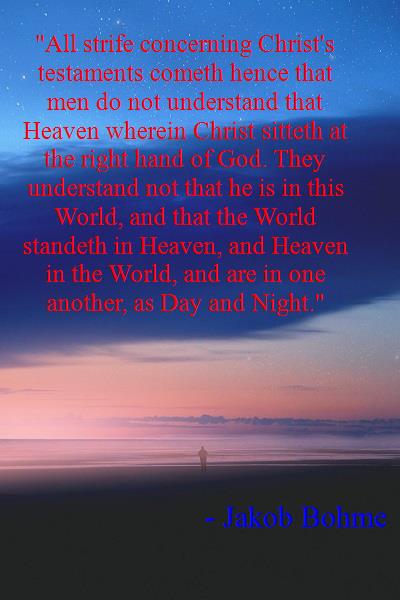 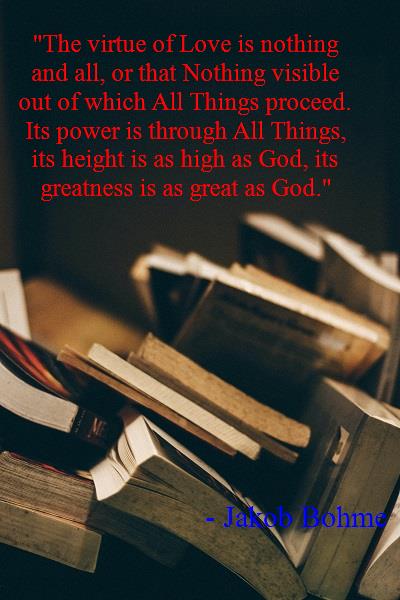 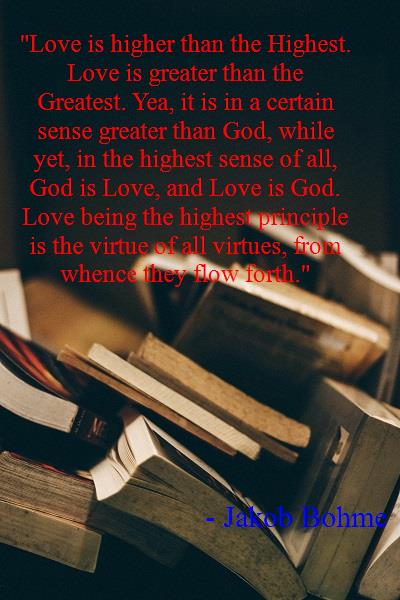 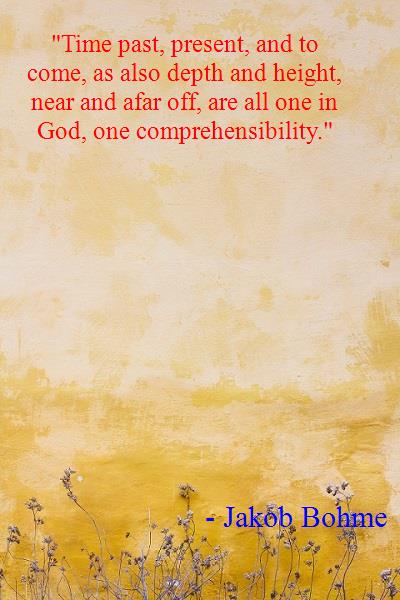 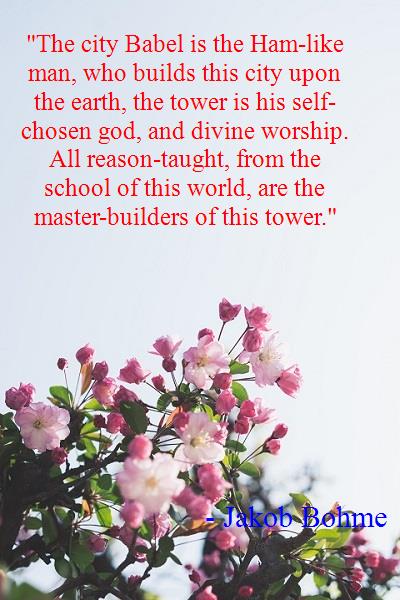 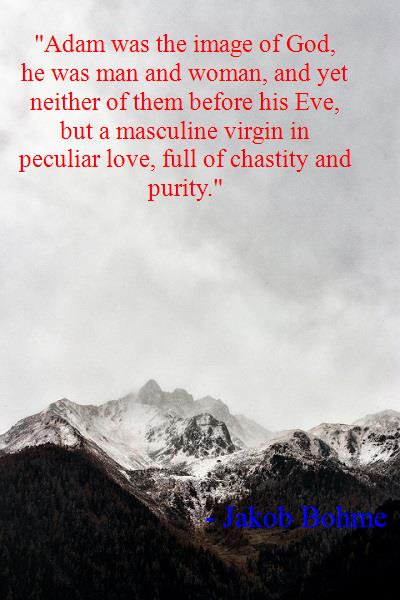 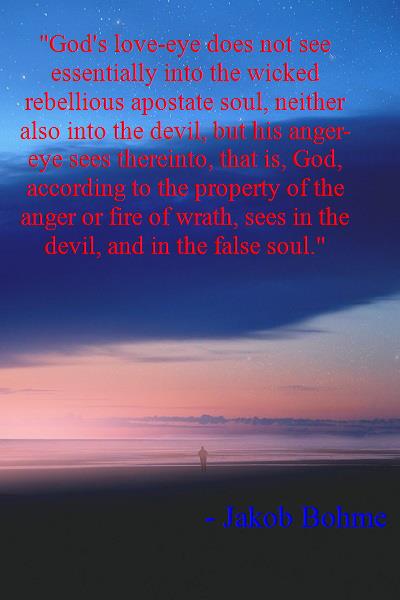 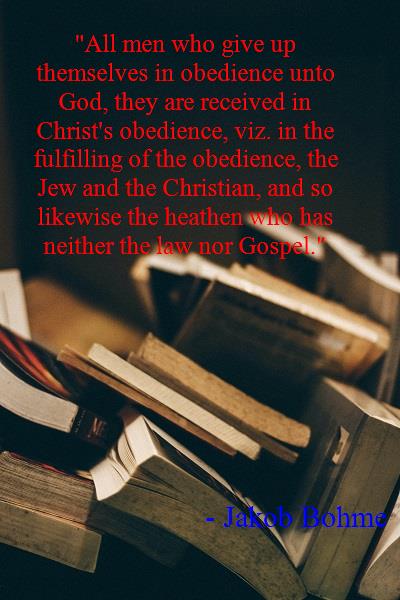