Bonnie Bassler
” Think about multicellularity on this Earth. Every living thing originally came from bacteria. So, who do you think made up the rules for how to perform collective behaviors? It had to be the bacteria. “

” What’s great about bacteria is you have a surprise every day waiting for you because they’re so fast, they grow overnight. “

” You can find bacteria everywhere. They’re invisible to us. I’ve never seen a bacterium, except under a microscope. They’re so small, we don’t see them, but they are everywhere. “

” All these bacteria that coat our skin and live in our intestines, they fend off bad bacteria. They protect us. And you can’t even digest your food without the bacteria that are in your gut. They have enzymes and proteins that allow you to metabolize foods you eat. “

” Most bacteria aren’t bad. We breathe and eat and ingest gobs of bacteria every single moment of our lives. Our food is covered in bacteria. And you’re breathing in bacteria all the time, and you mostly don’t get sick. “

” I think being open-minded about what Nature is trying to tell you is the key to being creative and successful. “

” Science is difficult and slow no matter who you are. The hours are long, and the glorious ‘aha’ days come only very infrequently. You have to keep believing that if you put in the hours, those days will indeed come! “

” It’s a manic-depressive life. You run in here, you open your incubator, your experiment makes no sense, you think, ‘I hate this job.’ Then ten minutes later you think, ‘Well, now, maybe I’ll try this or I’ll try that.’ You do it because you know there will be an ‘a-ha!’ day. “

” Bacteria are single-celled organisms. Bacteria are the model organisms for everything that we know in higher organisms. There are 10 times more bacterial cells in you or on you than human cells. “

” Bacteria live in unbelievable mixtures of hundreds or thousands of species. Like on your teeth. There are 600 species of bacteria on your teeth every morning. “

” By weight, you are more human than bacteria, because your cells are bigger, but by numbers, it’s not even close. “

All 12 Bonnie Bassler Quotes about You in picture 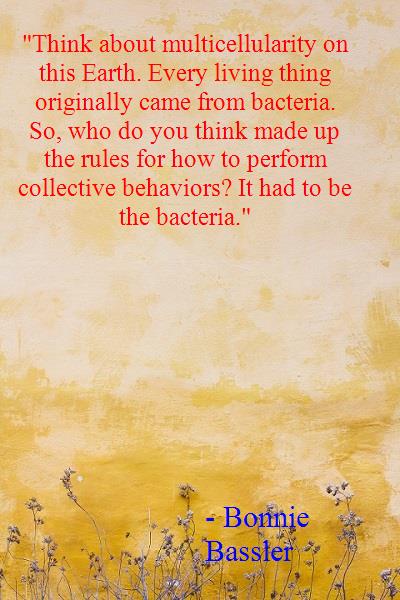 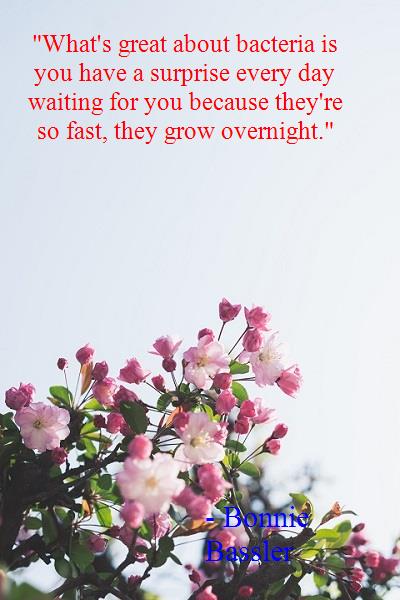 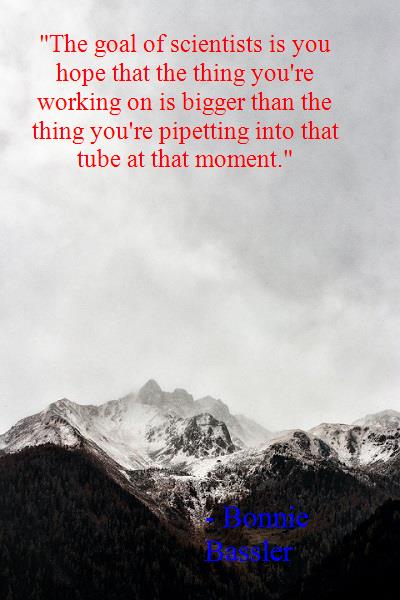 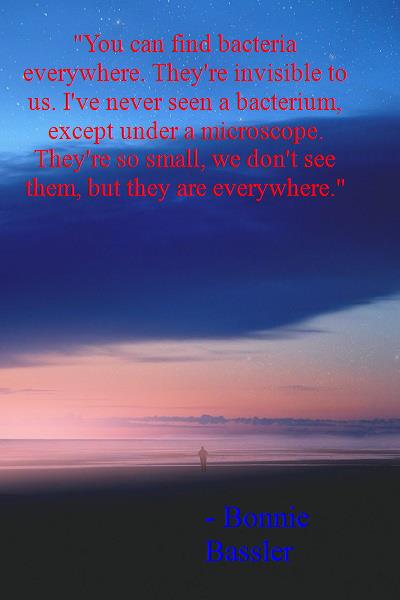 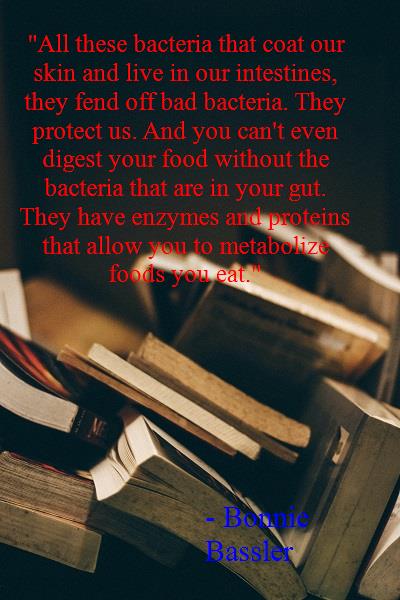 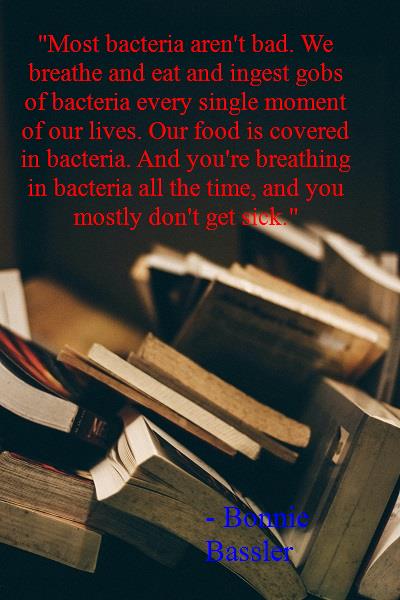 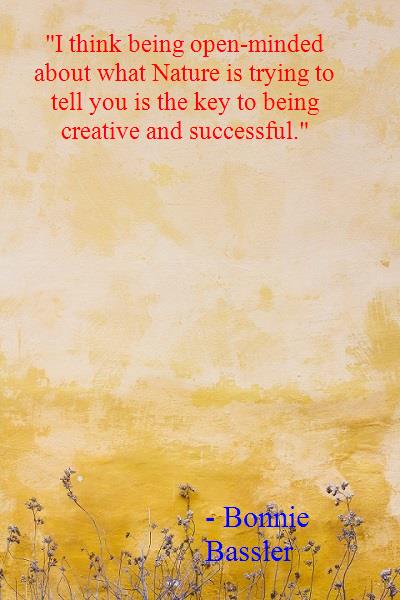 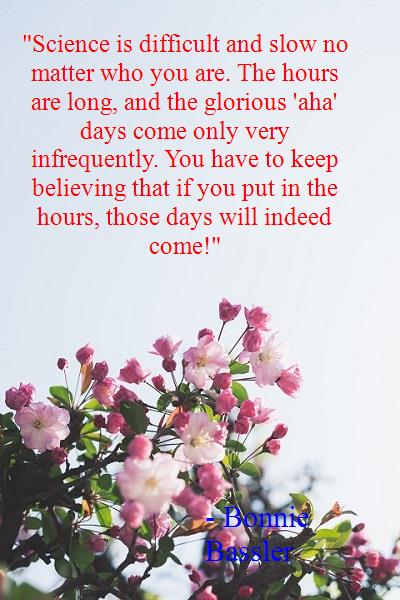 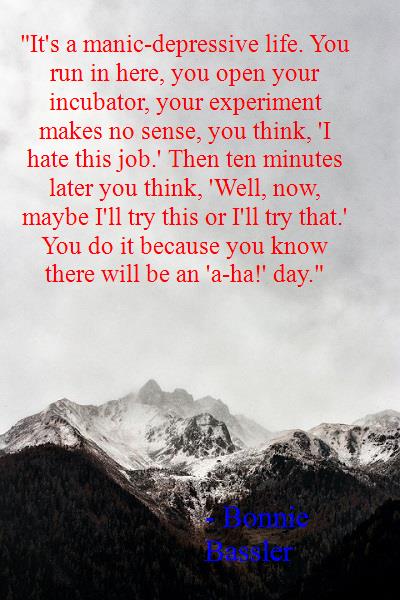 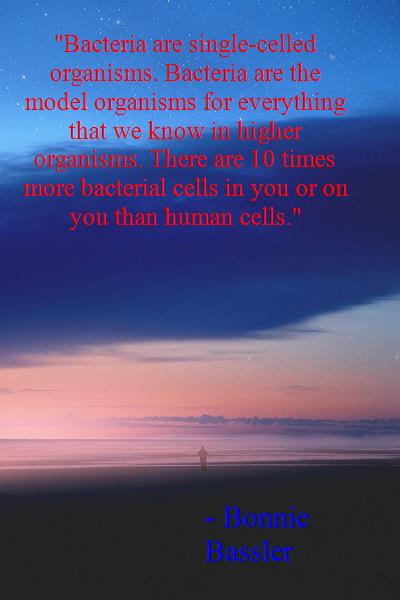 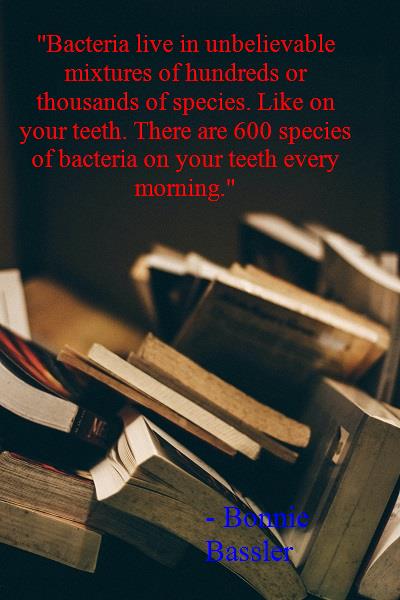 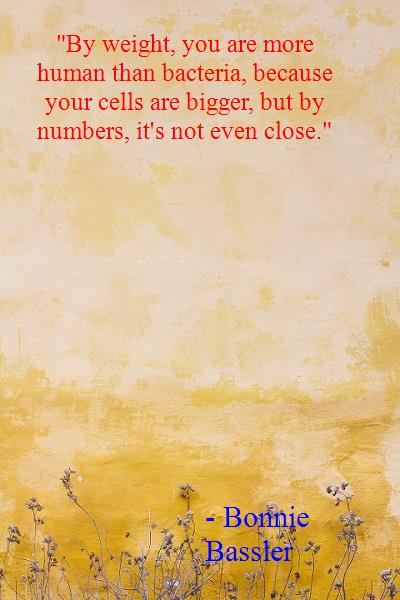