Terry Fox
” I’ve said to people before that I’m going to do my very best to make it, and I’m not going to give up. And that’s true. But I might not make it. And if I don’t make it, the Marathon of Hope better continue. “

” It almost hurts me to walk down a road and have people grab my hand and ask for my autograph and not sit and talk. When I’m finished I’m not going to be on the front page, but I’m going to be just as happy without the publicity. “

” Even though I’m not running anymore, we still have to try to find a cure for cancer. Other people should go ahead and try to do their own thing now. “

” Our privacy is starting to be invaded and we can’t get anything done. I’m happy with the fundraising but upset we don’t have time to talk and meet with people. “

” Maybe now, instead of being afraid and saying, ‘Look how hard Terry tried, and he still got cancer,’ instead people will say, ‘Look at the effort he put in, and he died of cancer. We’re really going to have to try hard in order to beat it – harder than we ever have before. “

” It was really beautiful. The mayors of Glovertown and Gambo introduced me, and then I talked to the crowd. In fifteen minutes, we raised more than $700 in a town with less than 3,000 people. It was a fantastic feeling and a day I will never forget because I hope it is a start of things to come. “

” The Cancer Society here in Nova Scotia is doing nothing, and money is being wasted. I would love to get my hands on the people in Halifax. “

” I am tired and weary because people are continually forcing me off the road. I was actually honked off once. “

” I loved it. I enjoyed myself so much, and that was what other people couldn’t realize. They thought I was going through a nightmare running all day long. “

” I don’t feel that this is unfair. That’s the thing about cancer. I’m not the only one, it happens all the time to people. I’m not special. “

All 12 Terry Fox Quotes about People in picture 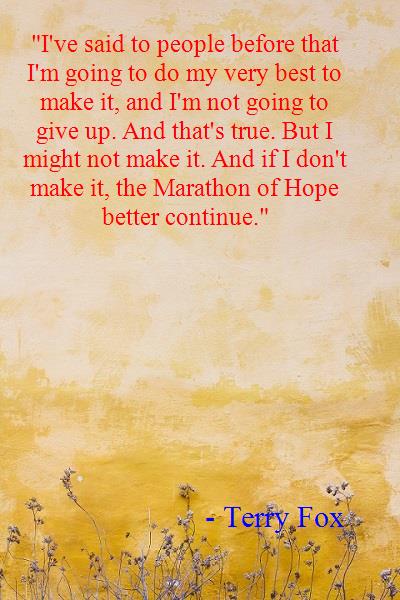 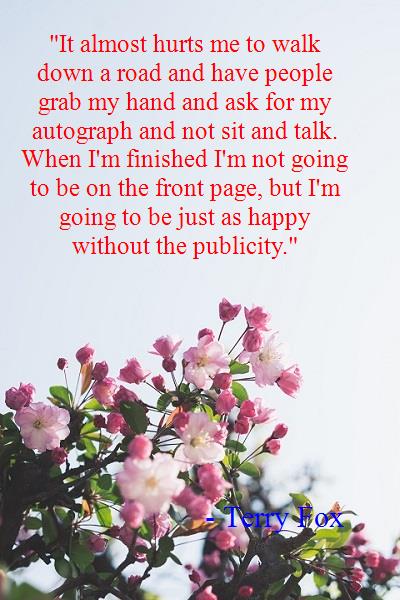 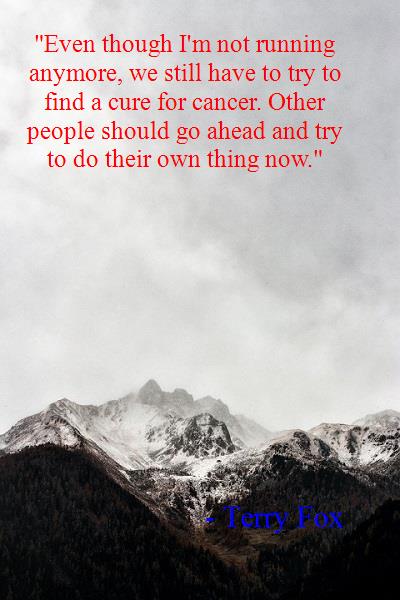 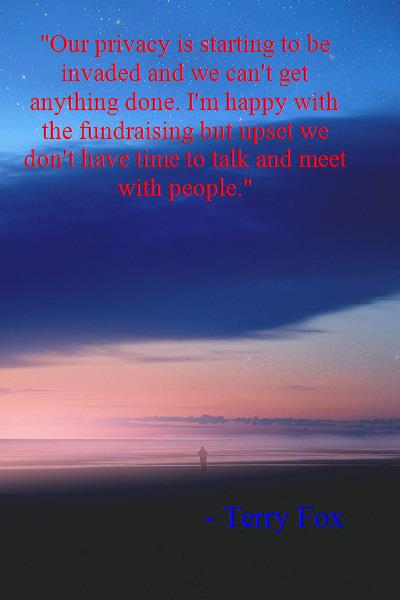 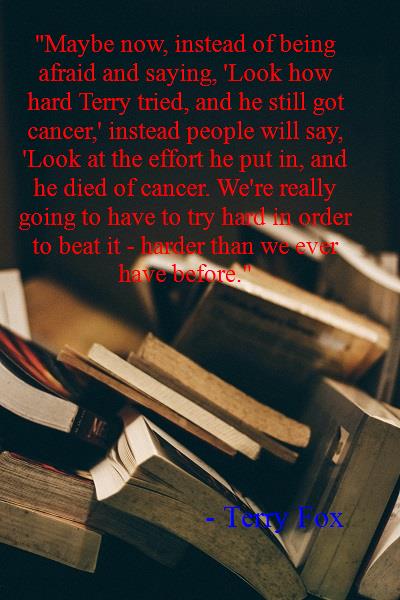 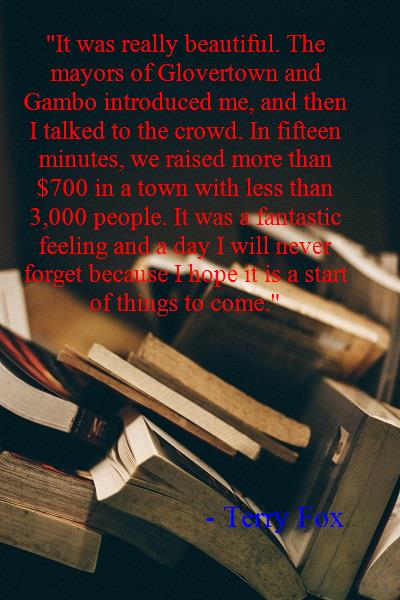 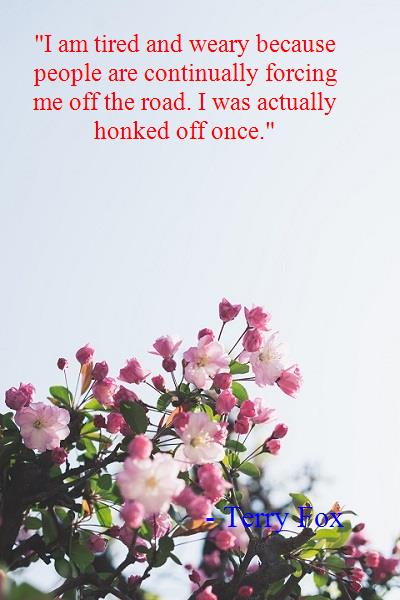 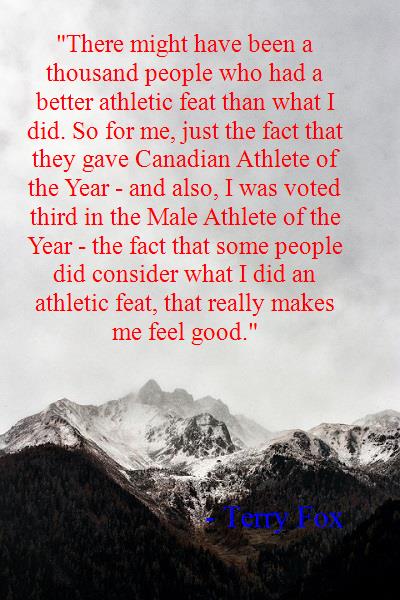 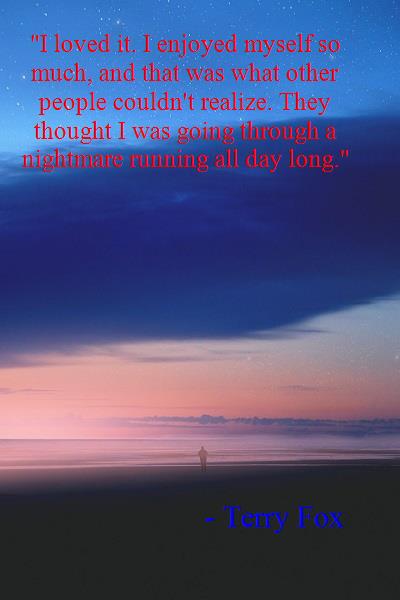 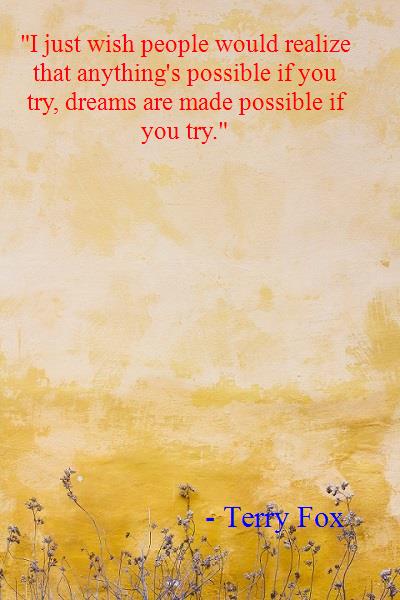