Valentina Tereshkova
” If women can be railroad workers in Russia, why can’t they fly in space? “

” A bird cannot fly with one wing only. Human space flight cannot develop any further without the active participation of women. “

” I felt fine after 24 hours and asked the state commission to prolong my stay in space to three days. And I carried out the entire schedule. Could I have done that if I had been half-dead? “

” Once you’ve been in space, you appreciate how small and fragile the Earth is. “

” Russia is still the leader in world space exploration. But its position of leader involves great responsibility – we have no right to lag behind. We can and we must move constantly forward. “

” They forbade me from flying, despite all my protests and arguments. After being once in space, I was desperately keen to go back there. But it didn’t happen. “

” After being once in space, I was keen to go back there. But it didn’t happen. “

” There was a lake beneath me, but the big, heavy parachute which had to be opened two miles above the ground couldn’t be steered. My first thought was, ‘Lord, they send just one woman into space, and she has to end up in the water. “

” It doesn’t matter what country or what political system you are from. Space brings you together. “

” We didn’t have rest days or weekends because we had to get ready as fast as possible, so we could beat the Americans, who were also racing to send a woman into space. “

” I would not say that female cosmonauts are not welcomed in the Russian space program. I must say, however, that all spaceflight hardware, including spacesuits and spacecraft comfort assuring systems, were designed mostly by men and for men. “

All 13 Valentina Tereshkova Quotes about Space in picture 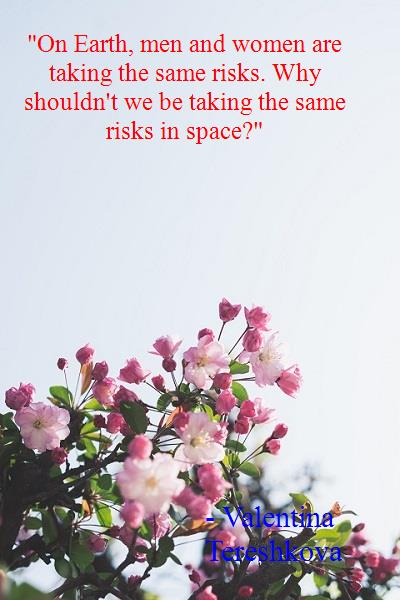 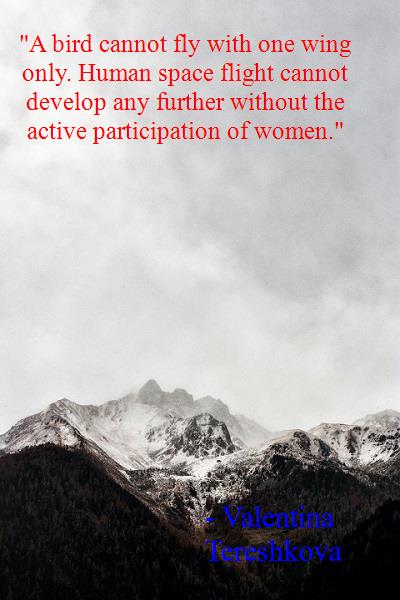 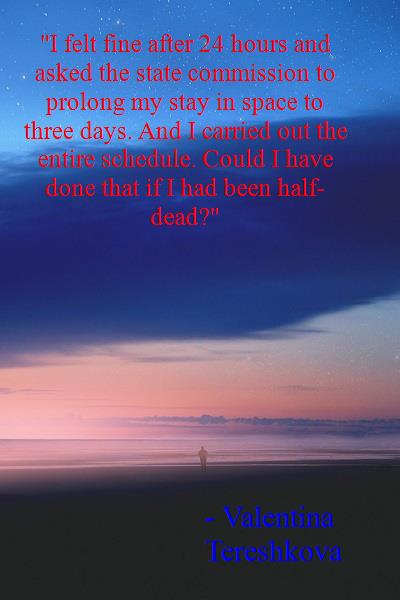 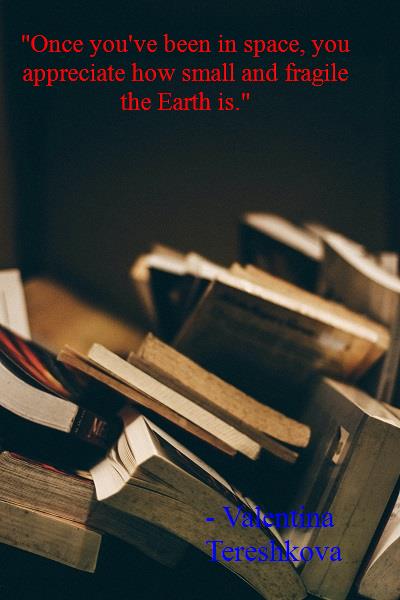 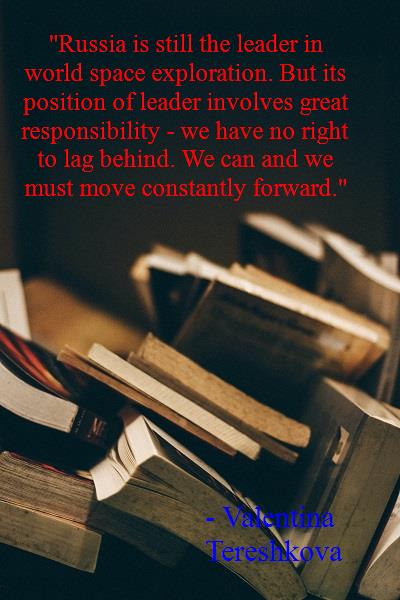 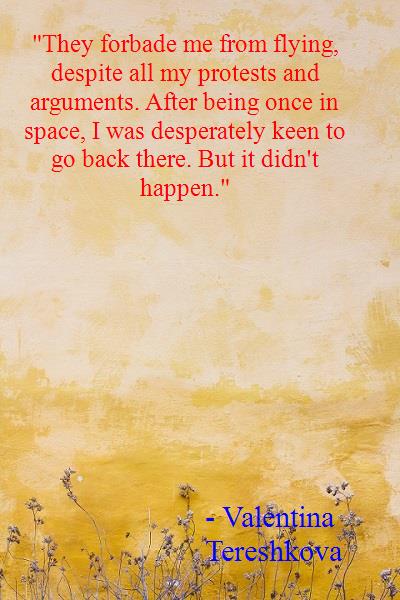 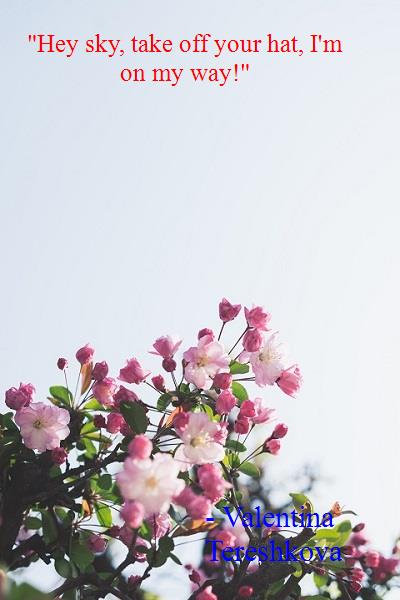 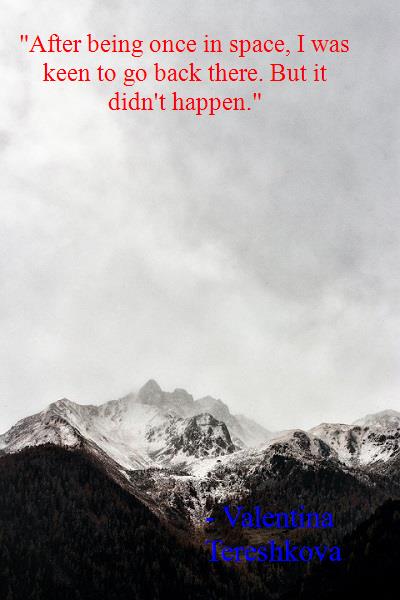 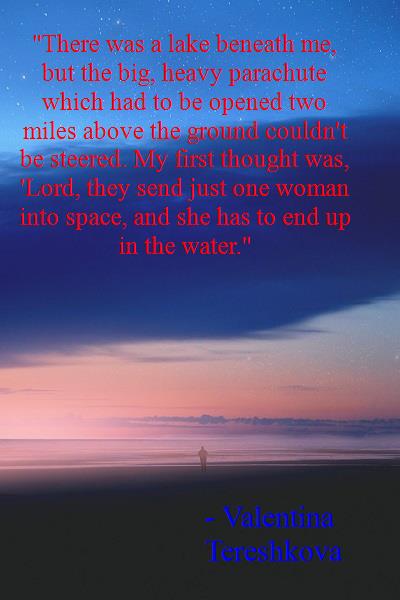 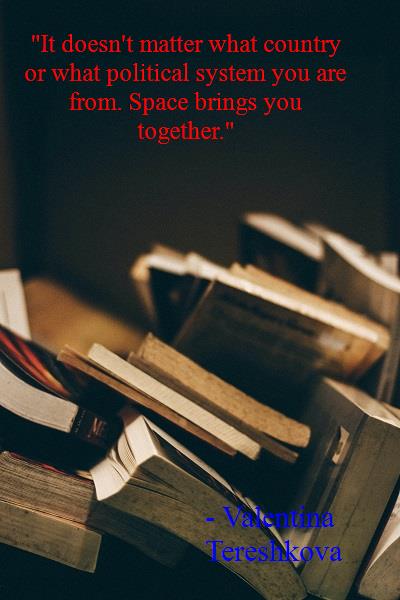 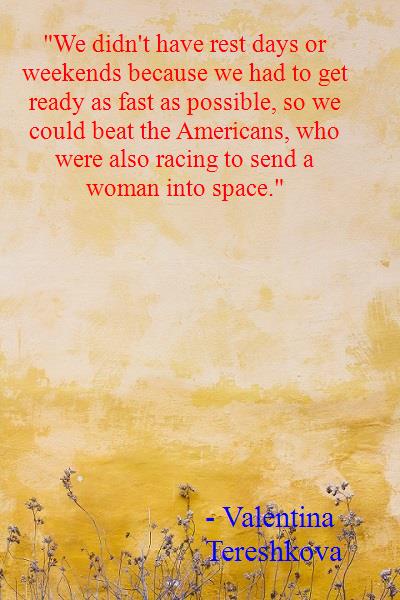