Brandon Stanton
” I never know what kind of people I’ll meet just by stopping to take a photo. “

” When you are interviewing refugees, each person you talk to has a different story that could come from a horror movie. So many people talk about seeing their families get murdered before their eyes. Then I go to Central Park, and people are talking about their third divorce and paying tuition. “

” It’s such a different spectrum of tragedies when you talk to people in developing countries. “

” I don’t want to interview people for the purpose of developing a world view and pushing that on people. “

” I struck upon this kind of crazy idea that I was going to go to New York and stop 10,000 people on the streets and take their portrait and create kind of a photographic census of the city. “

” The interviews have gotten much longer with ‘Humans of New York.’ When I was first starting, I was just photographing people. And then I went to just kind of including a quote or two. Now when I’m approaching somebody on the street, I’m spending about 30 to 45 minutes with them often. “

” I think that even though some of the things on ‘Humans of New York’ are kind of very personal and very revealing, I think the discomfort with sharing that tends to be overwritten by the appreciation of being able to distill the experience of your life into a story and share it with other people. “

” At some point during my travels, I had a slight change of focus which would end up defining the rest of my career. I began taking pictures of people. In addition to all the buildings, street signs and fire hydrants, I started photographing some of the interesting humans that passed by me on the street. “

” Interviewing someone is a very proactive process and requires taking a lot of agency into your own hands to get past people’s general normal self-preservation mode. “

” My interviews are very pointed. I’m an active participant, I will kindly interrupt people. But I’ve learned there is nothing people won’t tell you if you ask in a compassionate and legitimately interested way. “

” I don’t like to interview people in front of their friends, they clam up. “

All 14 Brandon Stanton Quotes about People in picture 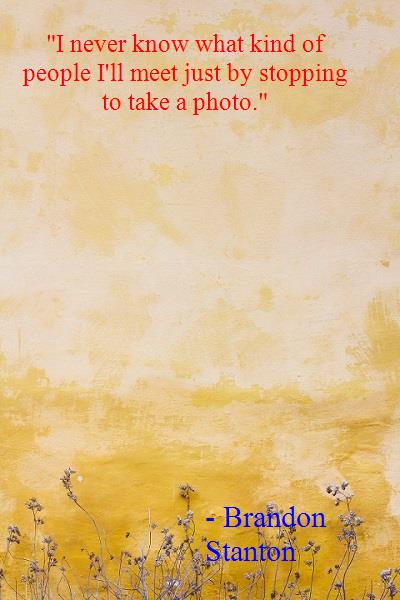 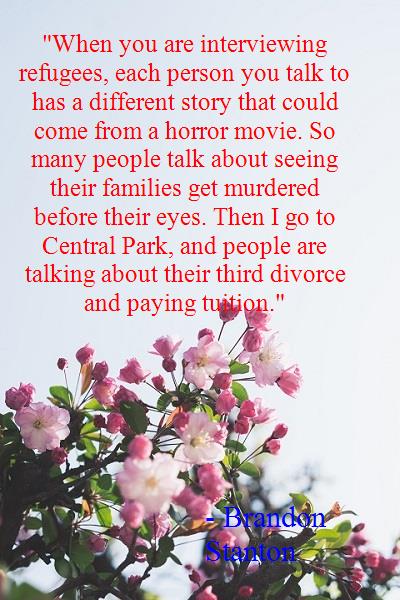 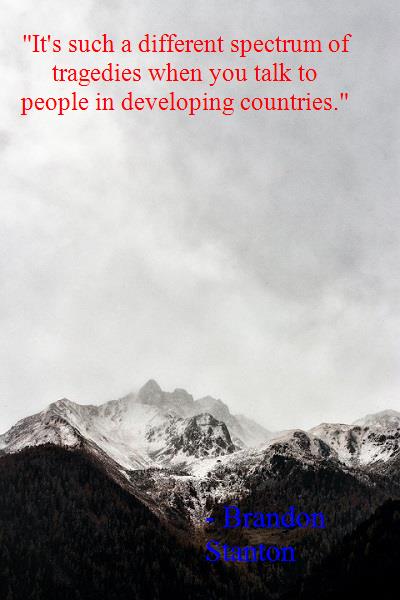 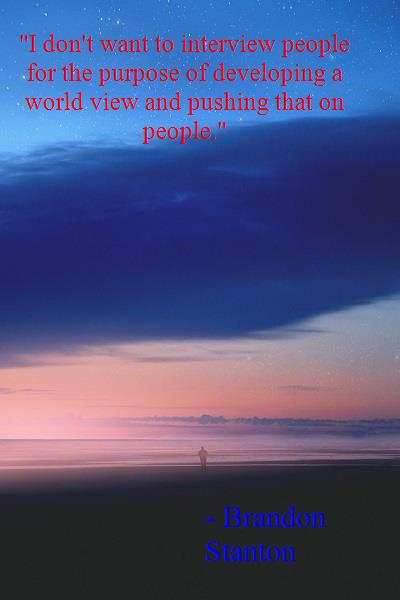 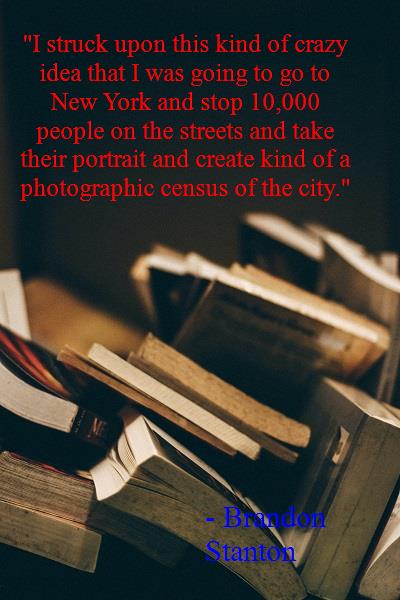 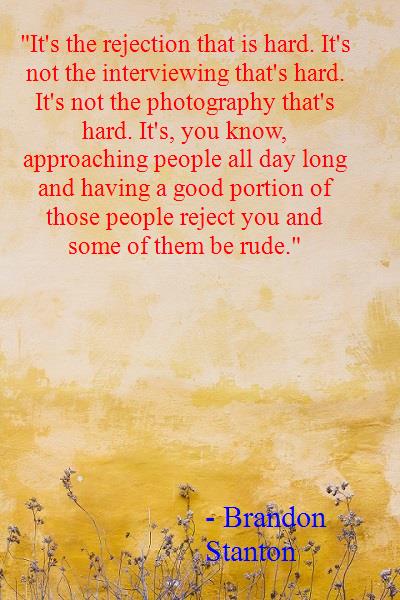 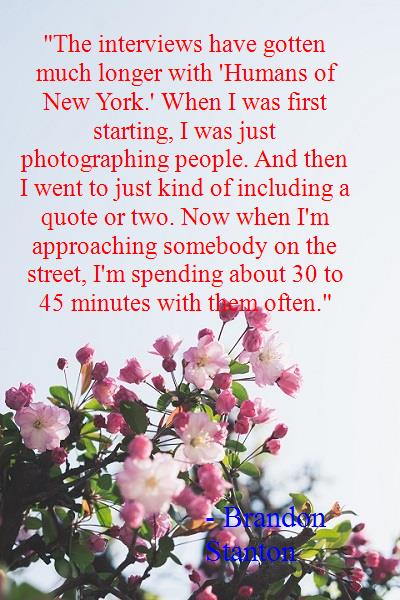 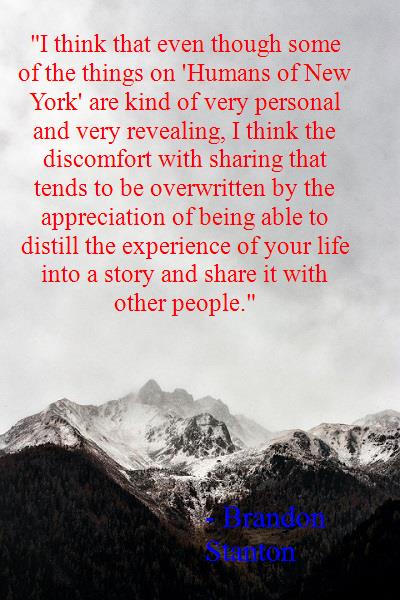 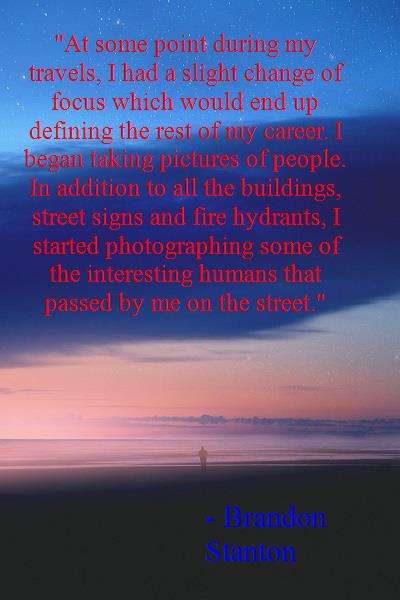 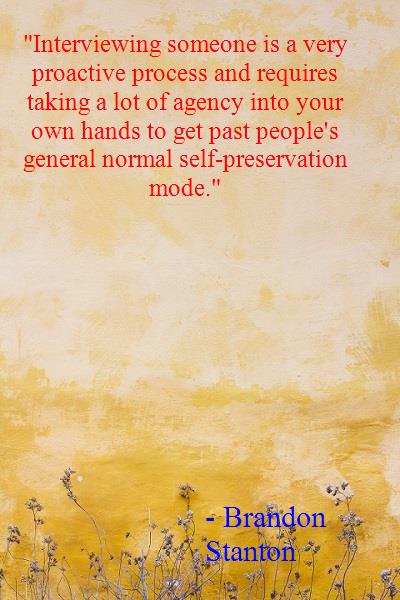 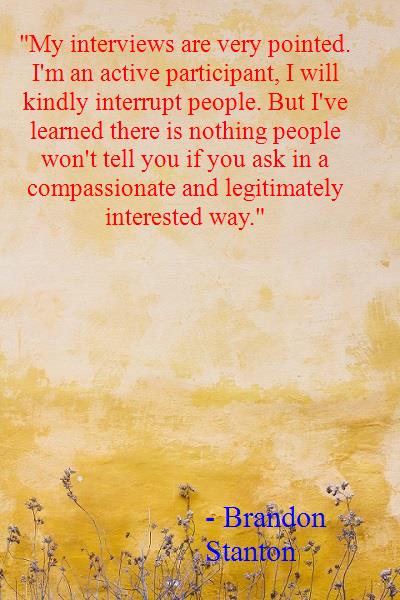 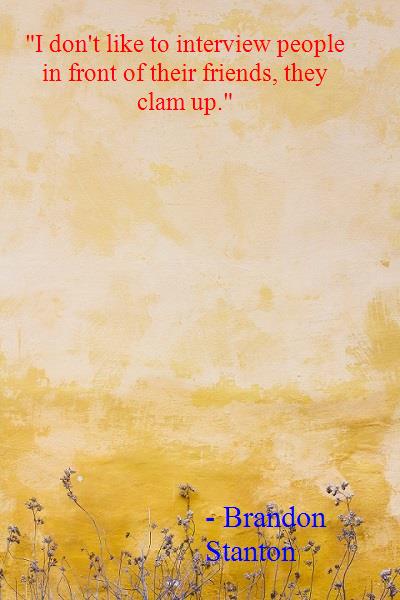