Abdolkarim Soroush
” Islam, or any religion, will become totalitarian if it is made into an ideology, because that is the nature of ideologies. “

” The clergy earns its living from religion. If your interests are secured through religion, then you will defend your interests first, and religion will become secondary. “

” It is up to God to reveal a religion, but up to us to understand and realise it. “

” Religion forbids us from assuming a God-like character. This is especially true in politics and government, where limiting the power of the state, division of powers, and the doctrine of checks and balances are established in order to prevent accumulation of power that might lead to such Godly claims. “

All 4 Abdolkarim Soroush Quotes about Religion in picture 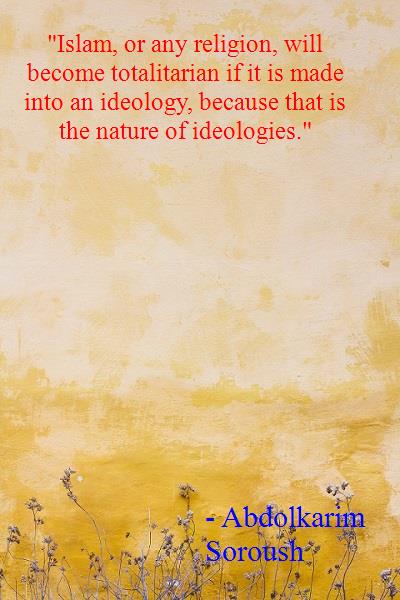 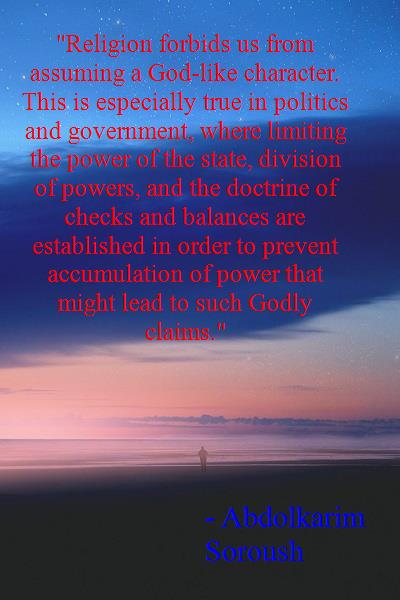