Brittany Howard
” I don’t think I sound like Janis Joplin. I’m a woman with a raspy voice. “

” One of my favorite things about Tom Waits is not only his songs, but when he does do live shows, it’s the theatrics involved. It’s like Kabuki theater, really old-fashioned theatrics. Like, standing on top of a piece of plywood lying on some cinderblocks and clapping his hands, banging on a bucket. “

” I’m not really into EDM music, I really like when someone plays their instrument and stuff. But I saw Deadmau5 at a festival, and it was pretty tight, I have to admit. He’s got the giant mouse head on and tubes coming out of the ceiling and giant mirror glass things. “

” A song like ‘Heartbreaker,’ it’s a song about learning – it’s not necessarily a song about heartbreak. It’s more than that. We write those songs to relive how we got over something. “ 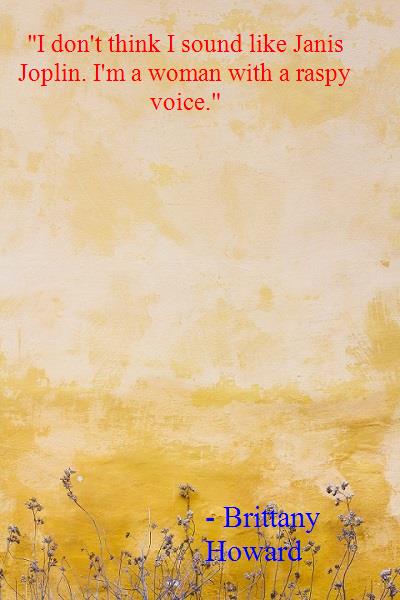 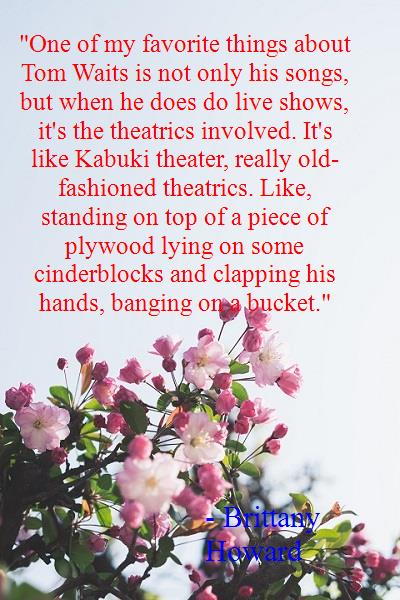 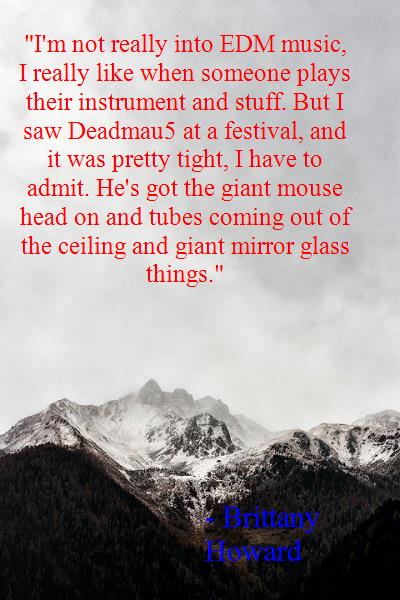