Brock Lesnar
” Stay open-minded, stay focused. Train hard and train smart. For me, the older I get, the smarter I have to train also, because the recovery time is longer. Work on everything: become a well-rounded fighter – don’t just be good at one thing, be good at everything. “

” I had a great run with WWE. WWE gave me great visibility. I met my wife there, and I got paid a lot of money, it was just my time to go. I sensed it. I was smart enough to leave. That’s the bottom line. “

” I just take it one fight at a time. If I’m able to fight, and I’m still healthy enough, I’d like to fight. But I’ll know when it’s time to stop. “

” A guy that I was supposed to face – and I think that he was just plain downright scared to get in the ring with me because he was one of those guys that was on top and saw a huge threat in Brock Lesnar at the time – that’s ‘Stone Cold’ Steve Austin. “

All 4 Brock Lesnar Quotes about Time in picture 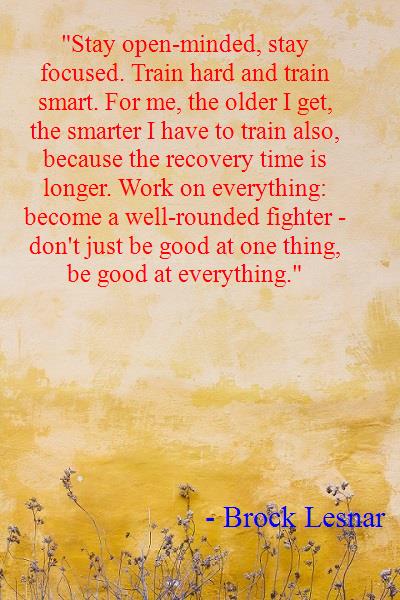 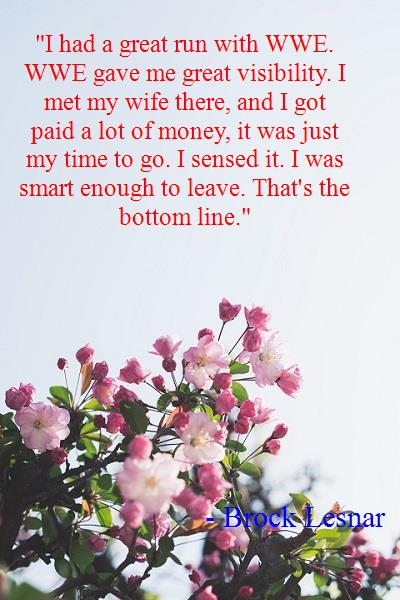 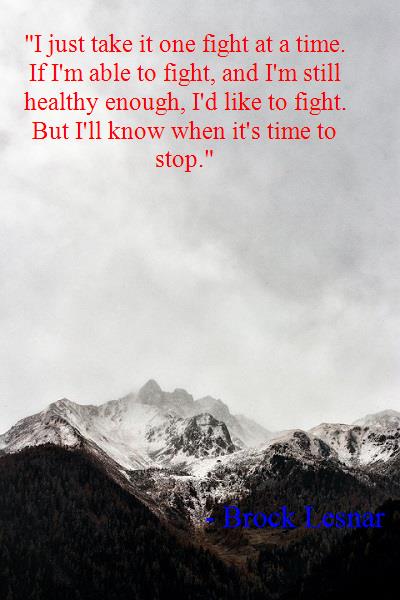 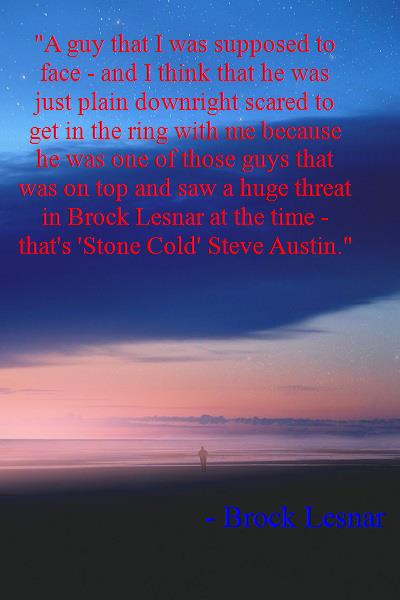