Ivo Daalder
” A big challenge in combating terrorism is learning how to think about things that we can’t imagine. “

” I think George H. W. Bush, who I had lots of disagreements with, remarkably managed the end of the Cold War in a way that history will look back at and say, ‘Wow.’ “

” I think George H.W. Bush was confronted with some huge challenges – the invasion of Kuwait, the fall of the Berlin Wall, the fall of the Soviet Union – that he managed with great aplomb. “

All 4 Ivo Daalder Quotes about Think in picture 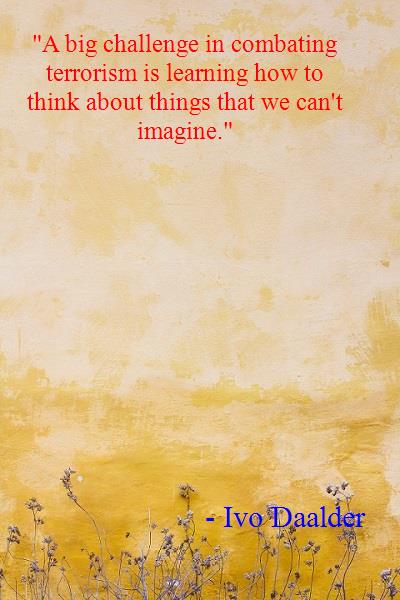 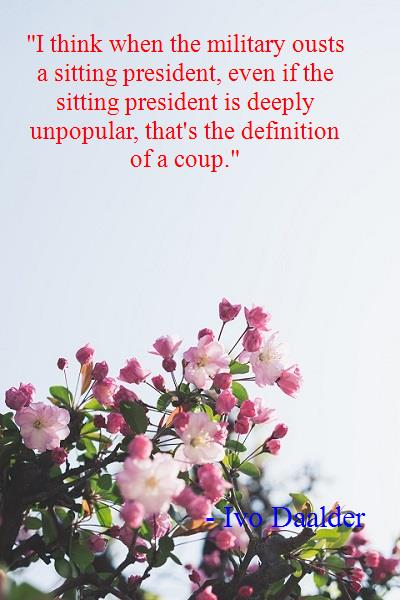 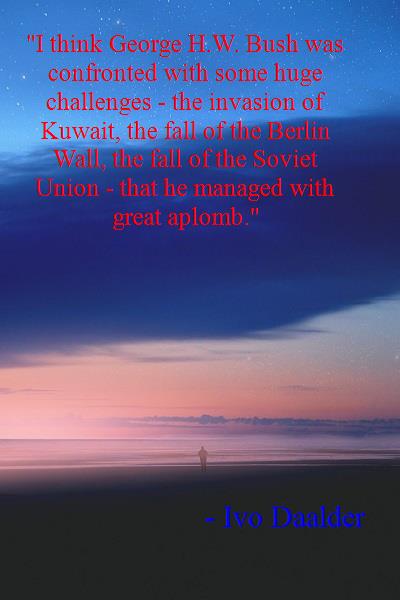