Jack Cade
” It is to be remedied that the false traitors will suffer no man to come into the king’s presence for no cause without bribes where none ought to be had. Any man might have his coming to him to ask him grace or judgment in such case as the king may give. “

” They say that it were great reproof to the king to take again what he has given, so that they will not suffer him to have his own good, nor land, nor forfeiture, nor any other good but they ask it from him, or else they take bribes of others to get it for him. “

” They say that the commons of England would first destroy the king’s friends and afterward himself, and then bring the Duke of York to be king so that by their false means and lies they may make him to hate and destroy his friends, and cherish his false traitors. “

” We will that all men know we blame not all the lords, nor all those that are about the king’s person, nor all gentlemen nor yeomen, nor all men of law, nor all bishops, nor all priests, but all such as may be found guilty by just and true inquiry and by the law. “

All 4 Jack Cade Quotes about King in picture 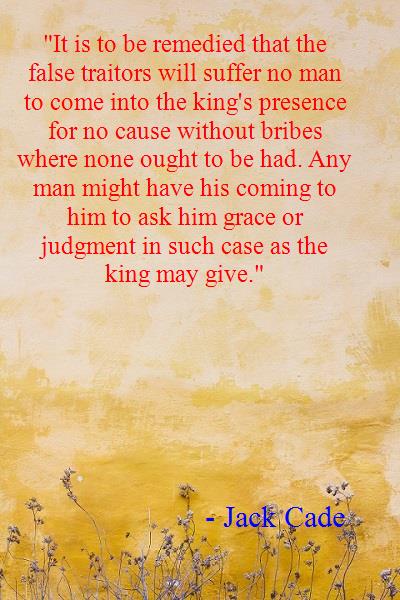 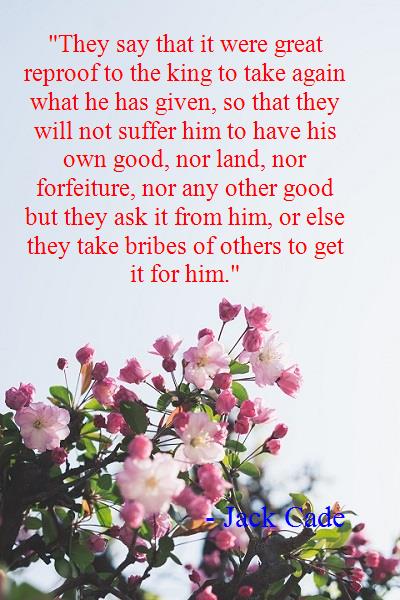 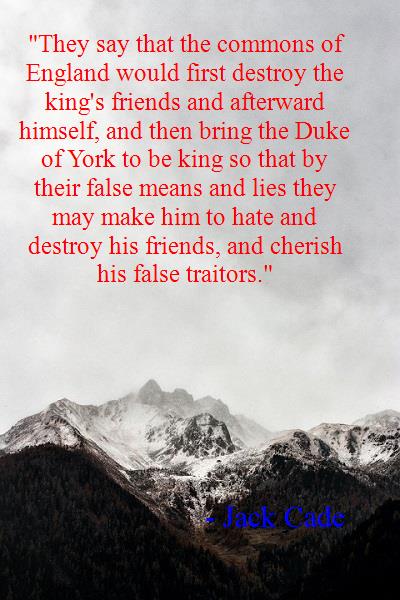 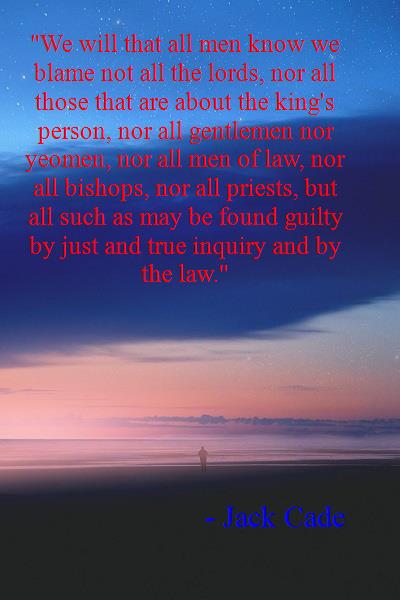