” All my stories were usually titled, ‘White House Says,’ ‘President Bush Wants,’ and I relied on transcripts from the briefings. I relied on press releases that were sent to the press for the purpose of accurately portraying what the White House believed or wanted. “

” If I am communicating to my readers exactly what the White House believes on any certain issue, that’s reporting to them an unvarnished, unfiltered version of what they – the Administration – believe. “

” I was given no special information by the White House, or by anybody else, for that matter. “

All 4 Jeff Gannon Quotes about White in picture 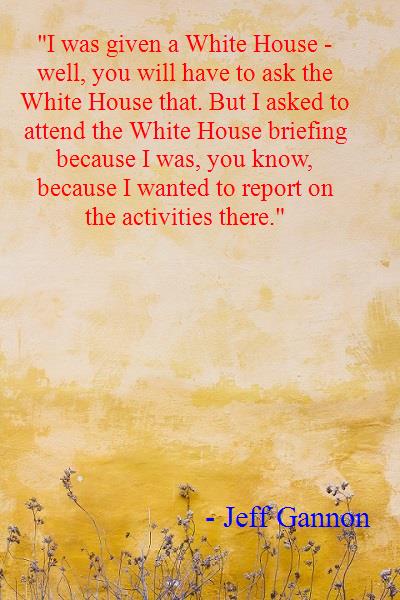 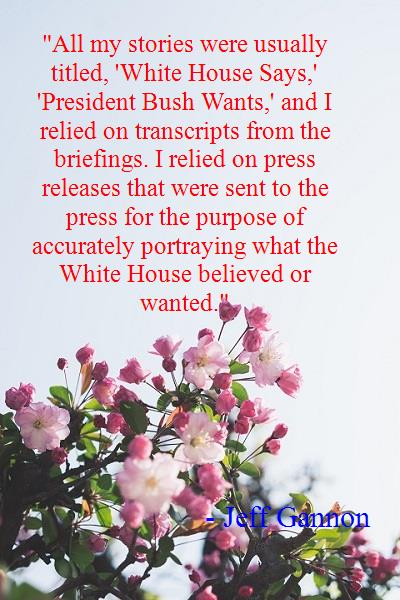 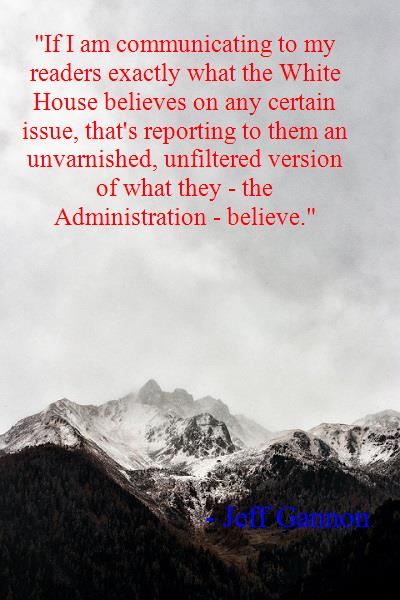 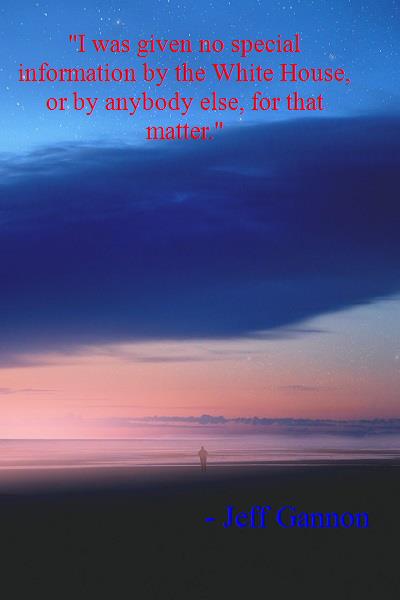