Jeh Johnson
” Those of us in public office and those of us who aspire to public office have a responsibility to be reasonable, fact-based, in our rhetoric and to not suggest things that are unreasonable, to whip up a lot of emotion in public, which can lead to government overreach, fear, suspicions, and prejudice. “

” The problem is that the American public is suspicious of executive power shrouded in secrecy. In the absence of an official picture of what our government is doing, and by what authority, many in the public fill the void by envisioning the worst. “

” There are many examples in our history of overheated rhetoric leading to fear and prejudice and government overreach. My own grandfather, a sociologist, was dragged in front of the House Un-American Activities Committee. He said he wasn’t a Communist and explained that American Negroes were patriots like everyone else. “

” ISIL, AQ, now have the ability to literally reach into our homeland through social media, through the Internet, to recruit and inspire. It makes for a more complicated homeland security environment. And so it requires a whole of government approach, not just military and law enforcement, homeland security, aviation security, and the like. “

All 4 Jeh Johnson Quotes about Government in picture 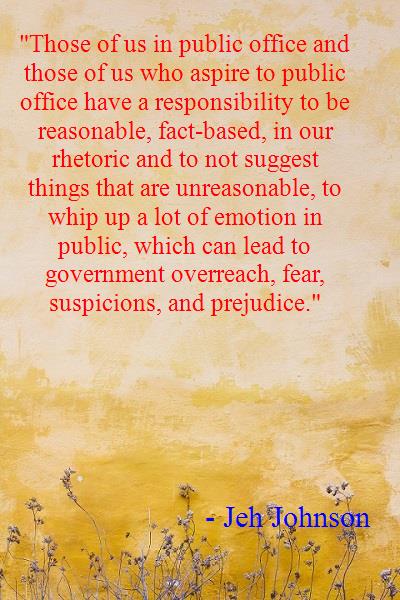 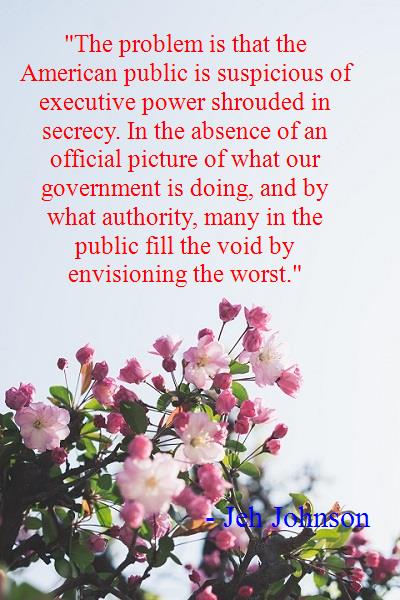 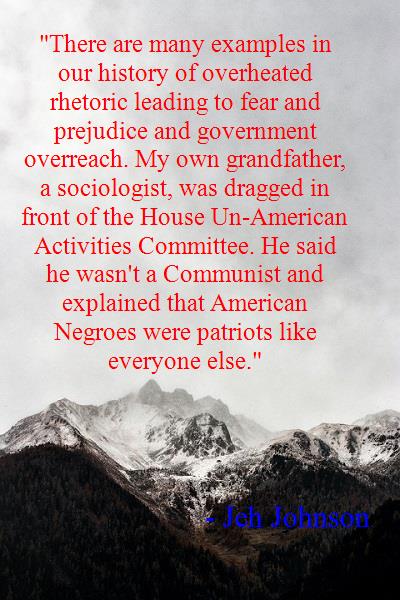 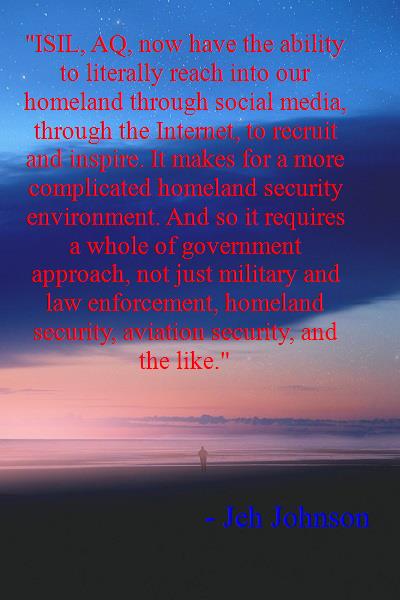