Park Bo-young
” When people compliment me, I don’t put much meaning into them, but when they say bad things, I take them too seriously. I try to fix this mentality, but it’s hard. “

” Whenever people say nice things to me, I think they’re just saying them because I’m standing right in front of them. Even when I read articles that say good things about me, I forget about them right away. When I read about people pointing out my flaws, however, I think about them a lot. “

” Honestly, Korean beauty standards are harsh. People are even putting pressure on non-celebrities to be super skinny, and the standards of thinness are just getting worse. “

” The movie ‘Scandal Makers’ did so much better than I had thought. During that phase of my career, the people around me warned me that whatever goes up could always come back down. “

All 4 Park Bo-young Quotes about People in picture 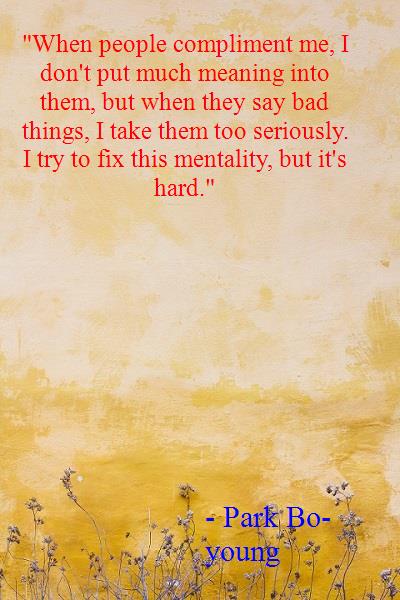 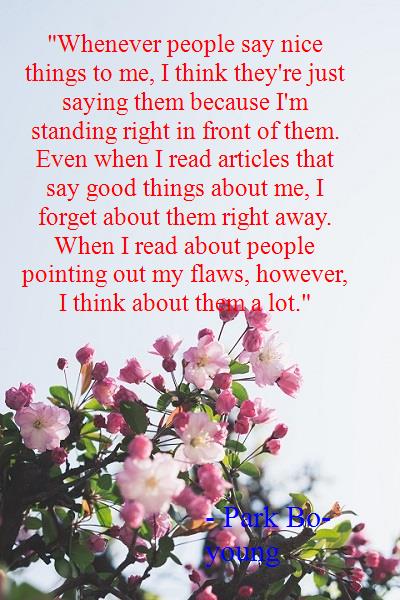 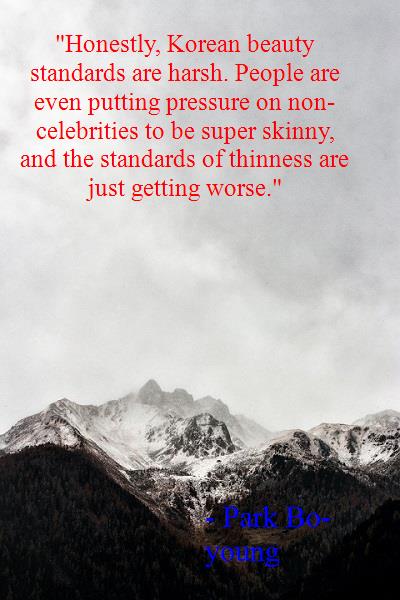 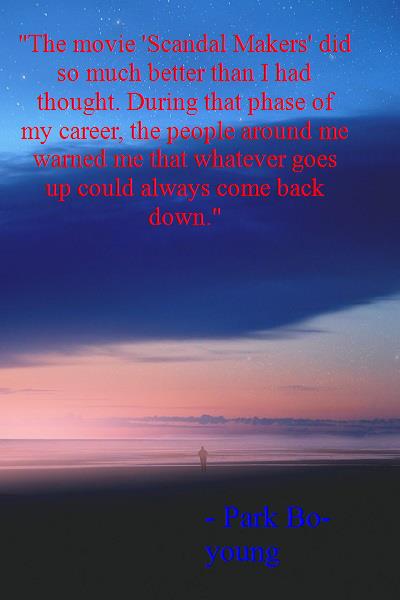