Takashi Murakami
” When I was making my debut as an artist, I felt that it was very important that I try to combine the background of my own culture, my people, and the country into the contemporary art world. So that’s how I came up with the term ‘superflat. “

” Manga uses Japanese traditional structures in how to teach the student and to transmit a very direct message. You learn from the teacher by watching from behind his back. The whole teacher-master thing is part of Asian culture, I think. “

” I’ve been immersed in manga since I was a kid. I grew up with this culture. “

” As a young artist in New York, I thought about postwar Japan – the consumer culture and the loose, deboned feeling prevalent in the character and animation culture. Mixing all those up in order to portray Japanese culture and society was my work. “

All 4 Takashi Murakami Quotes about Culture in picture 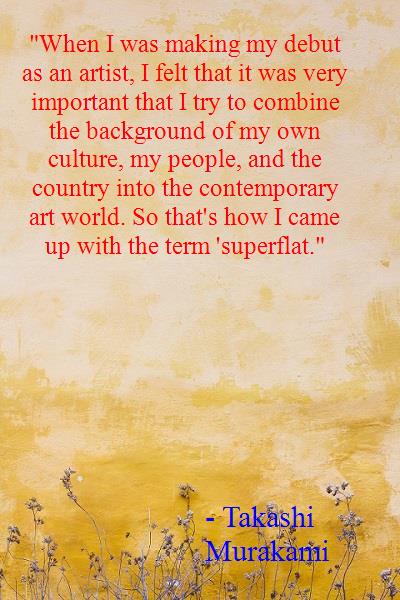 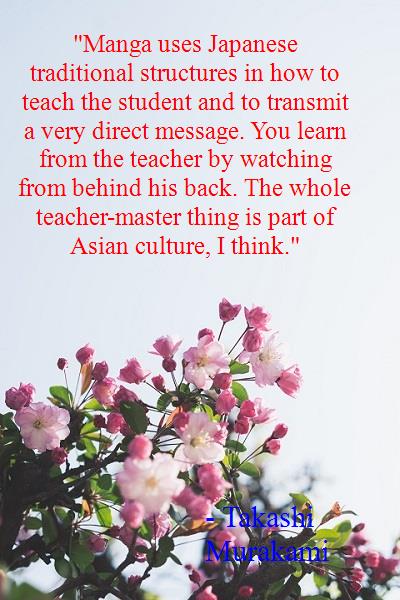 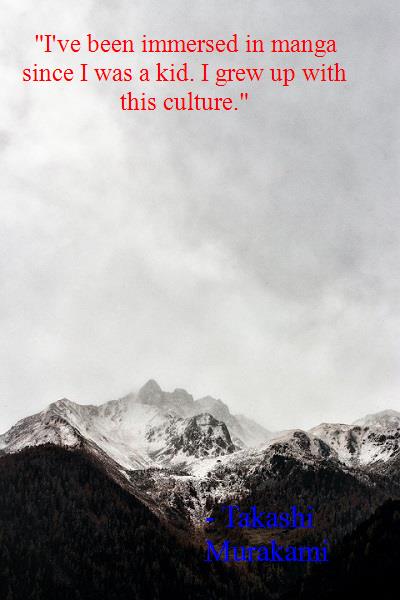 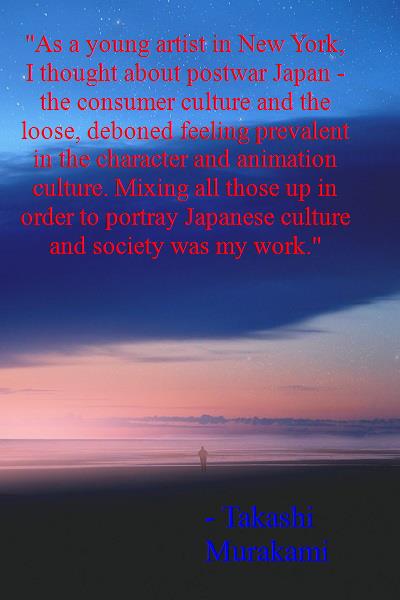