” The solution to women’s issues can only be achieved in a free and democratic society in which human energy is liberated, the energy of both women and men together. Our civilization is called human civilization and is not attributed only to men or women. “

” Women were free in older times when the Islamic nation was strong. There are so many examples in history, not more than a thousand years ago, when Muslim women were leaders, scientists, professionals, and so on. It is all about justice, and justice can be attained through having the rulers accountable to their people. “

” I would like the world to know that Yemeni women are strong, and if empowered, they can achieve. The world needs to look beyond stereotypes and dress code. In our hearts, we are just human beings who want to live a dignified life. Is that too much to ask for? “

All 4 Tawakkol Karman Quotes about Women in picture 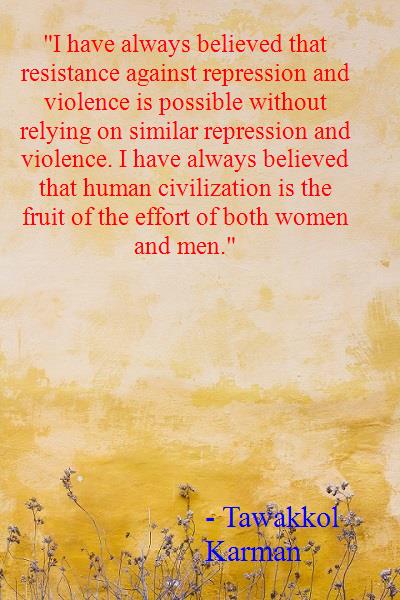 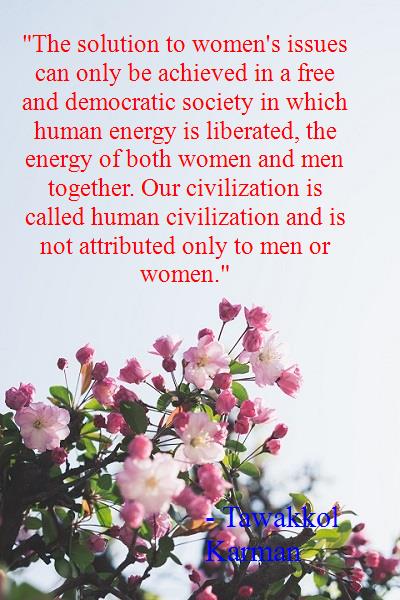 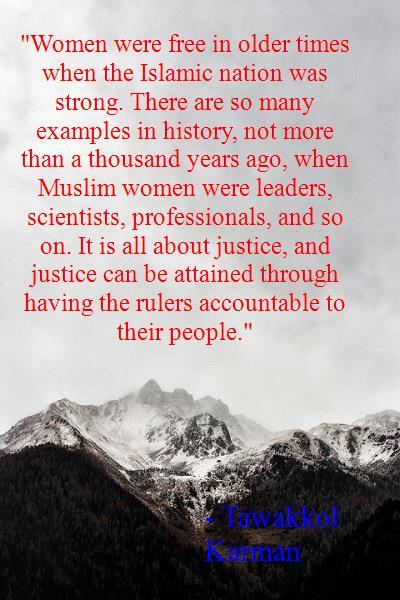 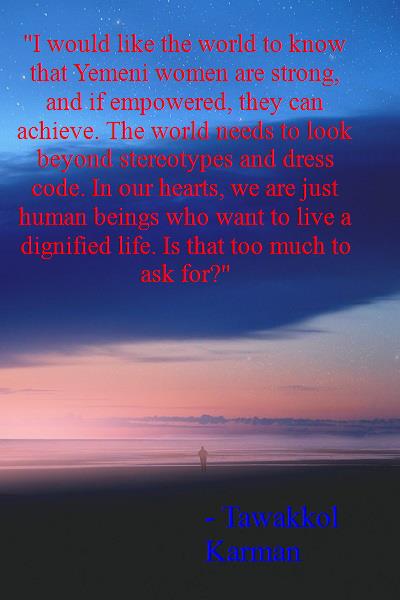