Terry Eagleton
” Evil is unintelligible. It is just a thing in itself, like boarding a crowded commuter train wearing only a giant boa constrictor. There is no context which would make it explicable. “

” Evil is often supposed to be without rhyme or reason. “

” People do evil things because they are evil. Some people are evil in the way that some things are coloured indigo. They commit their evil deeds not to achieve some goal, but just because of the sort of people they are. “

” It is true that some liberals and humanists, along with the laid-back Danes, deny the existence of evil. This is largely because they regard the word ‘evil’ as a device for demonising those who are really nothing more than socially unfortunate. “

All 4 Terry Eagleton Quotes about Evil in picture 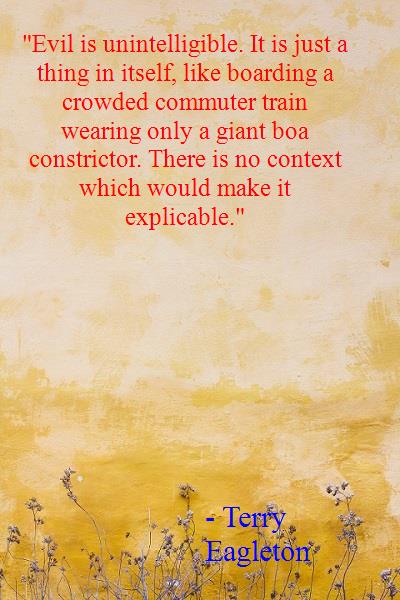 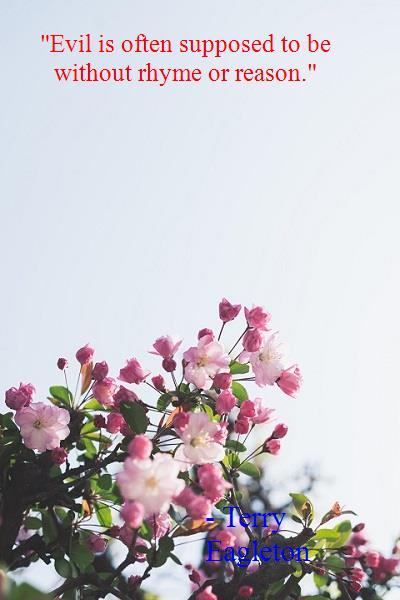 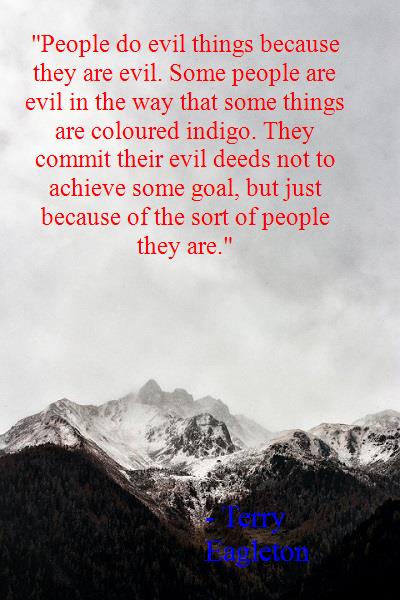 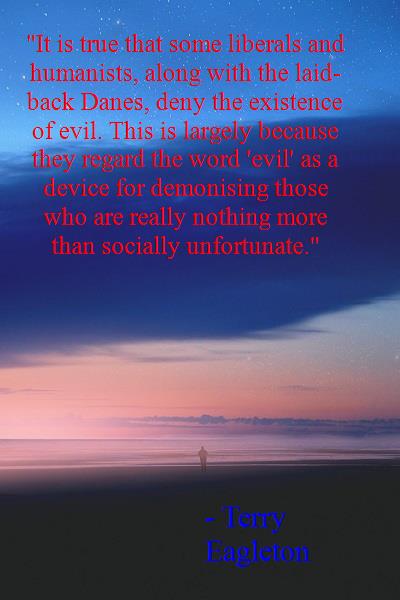