Theo Epstein
” I don’t think I’m a chameleon. I can feel where people are coming from, what makes them tick, where they are vulnerable, what makes them feel good about themselves. I get just as much out of it as they do. I love connecting. “

” I used to follow people home. I just like being anonymous so much that I would follow people home because they didn’t know who I was, and I could watch them. I know how that sounds. I could not exist but observe. “

” When I was writing or competing in individual sports, it felt unfulfilling and lonely. When I was able to find a group of people I believed in and liked, that all worked in pursuit of a common goal, it felt incredibly rewarding. “

All 4 Theo Epstein Quotes about People in picture 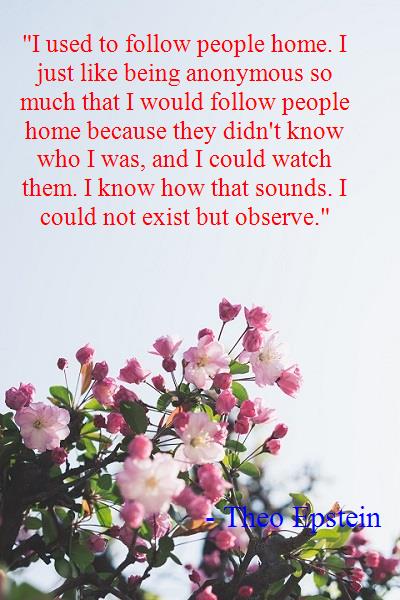 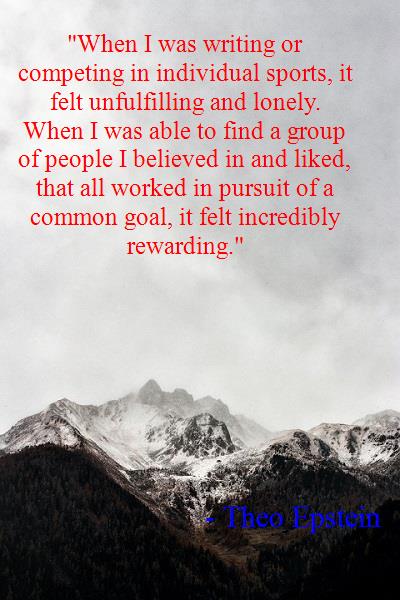 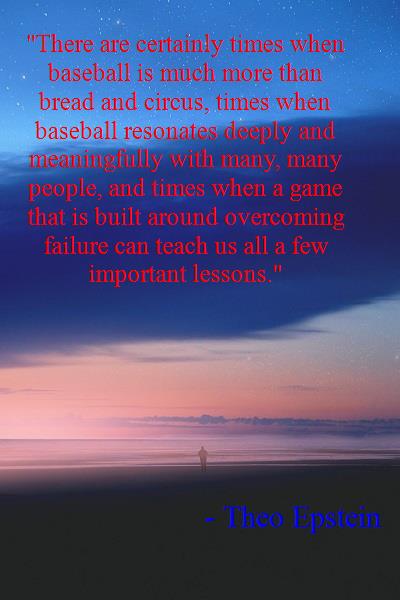