Thomas Malthus
” Population, when unchecked, increases in a geometrical ratio. “

” Population, when unchecked, goes on doubling itself every 25 years or increases in a geometrical ratio. “

” The constant effort towards population, which is found even in the most vicious societies, increases the number of people before the means of subsistence are increased. “

” The power of population is indefinitely greater than the power in the earth to produce subsistence for man. “

All 4 Thomas Malthus Quotes about Population in picture 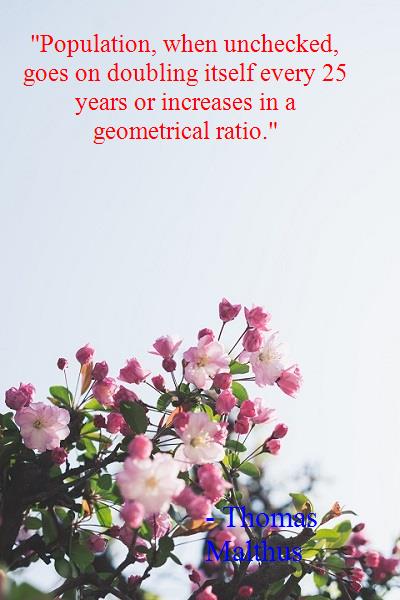 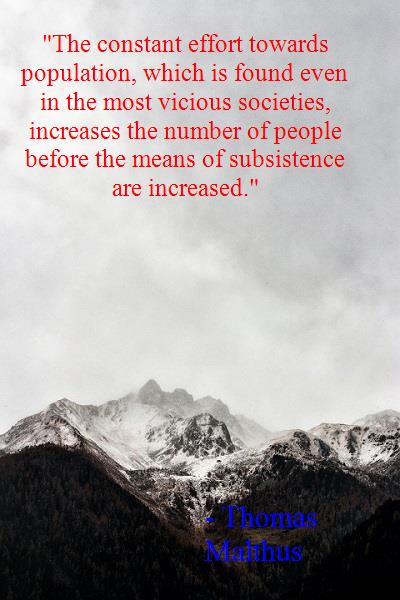