Thomas Sydenham
” The generality have considered that disease is but a confused and disordered effort in Nature, thrown down from her proper state, and defending herself in vain. “

” I confidently affirm that the greater part of those who are supposed to have died of gout, have died of the medicine rather than the disease – a statement in which I am supported by observation. “

” Gout produces calculus in the kidney… the patient has frequently to entertain the painful speculation as to whether gout or stone be the worst disease. Sometimes the stone, on passing, kills the patient, without waiting for the gout. “

” In writing the history of a disease, every philosophical hypothesis whatsoever, that has previously occupied the mind of the author, should lie in abeyance. “

All 4 Thomas Sydenham Quotes about Disease in picture 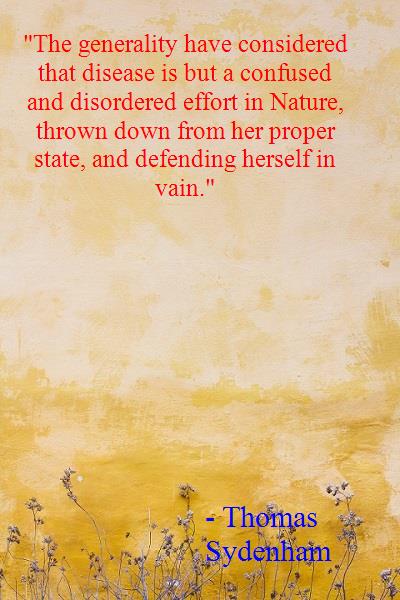 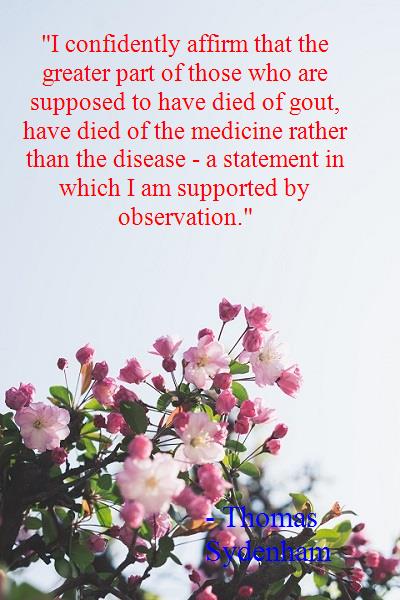 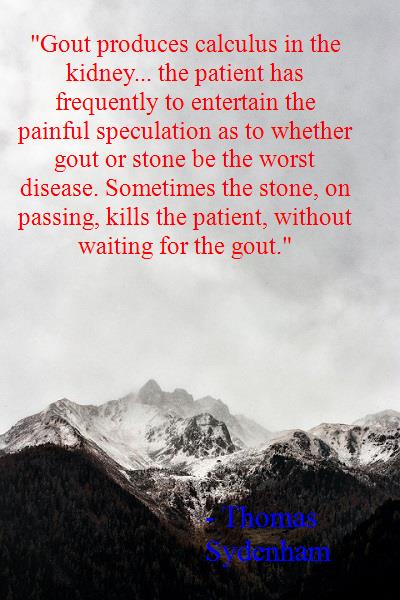 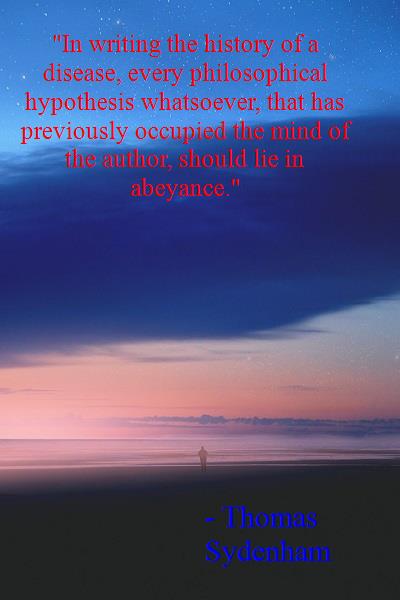