Tom Bodett
” Kids in Alaska don’t know they’re growing up on the Last Frontier. It’s just what they see on the license plates, and it’s something tourists like to say a lot because they’ve never been around so many mountains and moose before. “

” Somebody says, ‘Do a Tom Bodett, a folksy kind of thing,’ and it sounds like something out of ‘Hee Haw,’ very insulting. They turn wry humor into disparaging sarcasm, and you get what amounts to insulting advertising. “

” Did you ever notice that nobody you see on television looks like anyone you know? “

” I went to Alaska as a young man just looking for adventure. And like so many of us in the ’70s, we found it. “ 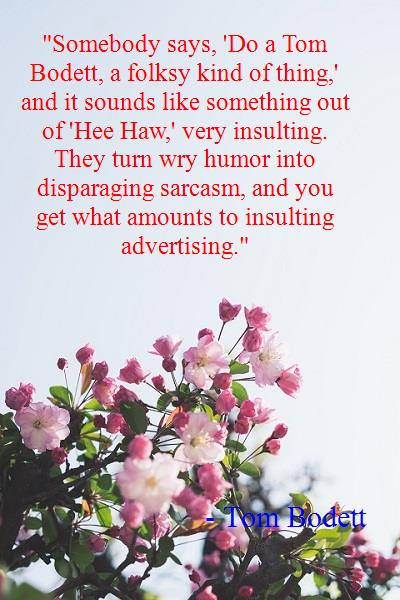 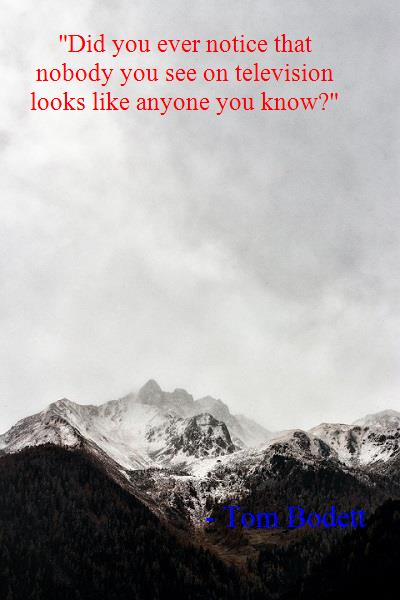 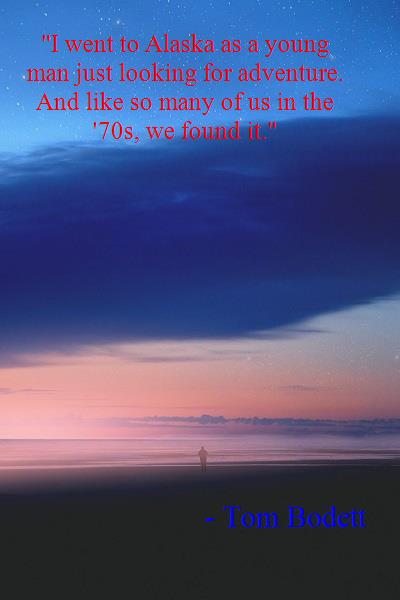