Tom Jones
” I have had some pretty wild nights! I think the media keeps a very close eye on what people are up to these days. I was out with George Clooney a few nights ago and we had a great time. “

” I think the first time I ever wore a tuxedo was when I played at the Talk Of The Town in 1967, because it was a nightclub and that was the thing to do. “

” I’ve tried wearing more than one ring on one hand and it doesn’t look good. It’s overkill, I think. So I think a ring on either hand. Nine times out of ten I’ll go for pinky rings, but not always. “

” I don’t think you can sing about certain things when you’re a teen-ager or in your early 20s, because you haven’t lived long enough. So I think living gives you character and that comes out in your voice. “

All 4 Tom Jones Quotes about Think in picture 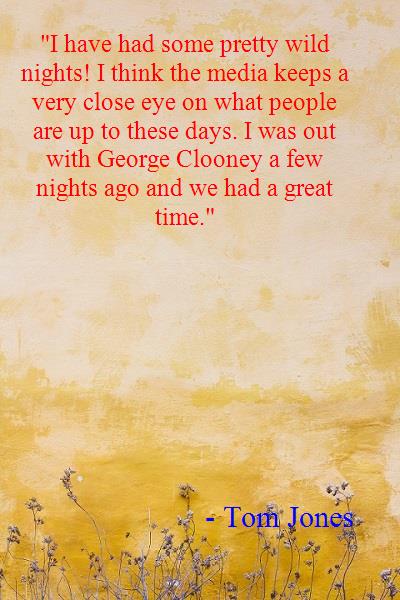 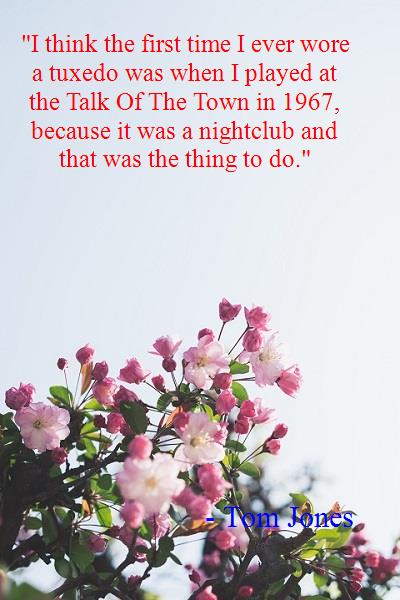 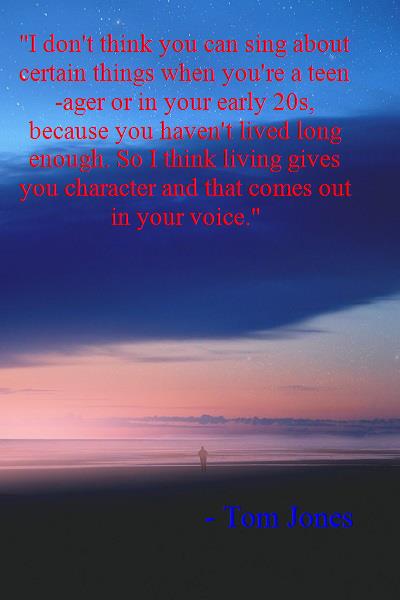