Tom Lenk
” My first big one-person show was basically a combination of my family, me during puberty, embarrassing newspaper articles that were written about me in high school, my first modeling photos, and terrible things that people said about me on the Internet. “

” There’s no such thing as a part-time ‘Buffy’ fan, people watch it compulsively. “

” My theater nerd world and my comic friend world are colliding… That’s the thing that I was nerdy about, was theatre. I wasn’t as much into the comic book stuff. So it’s fun to see there are people that are into that that are also theatre nerds like me. “

” Side note, I was Prom Prince. My friend and I campaigned to be Prom King and Queen, and we got the rest of the non-popular people in the school to vote for us. We didn’t win, but we got Prince and Princess. “

All 4 Tom Lenk Quotes about People in picture 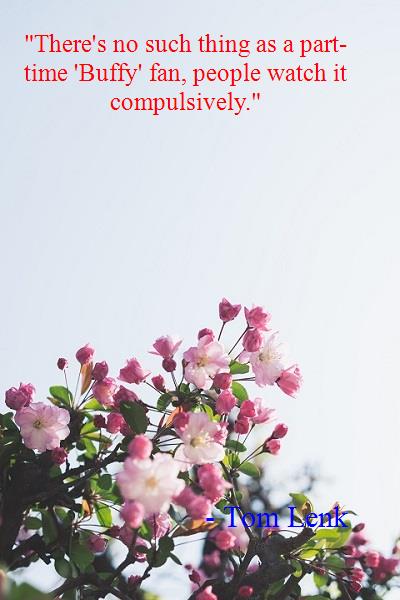 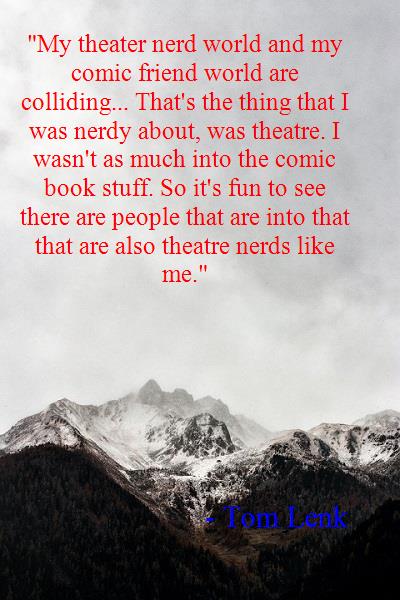 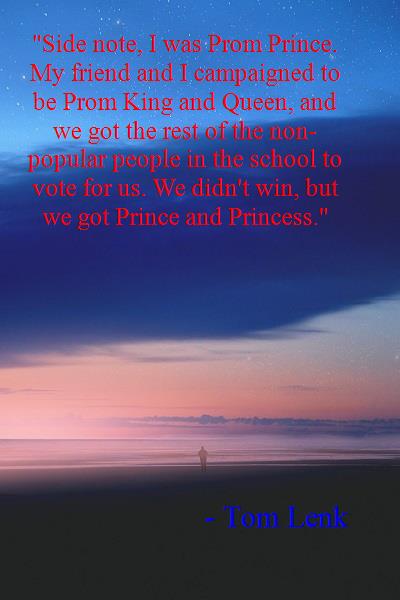