Virender Sehwag
” When I was a kid, my first dream was to play Test matches, and the second one was to play 100 Test matches because there are very few people who have played 100 Tests for India. “

” When I was growing up, I played a lot of ten- and 12-over games, and I would bat in the middle order. I got only ten-odd balls to face, and I tried to score as much as I could. I applied the same approach in domestic and international cricket, and people were appreciating my strike rate being more than 80 or 90 in Test cricket. “

” I would love to be a coach, mentor, or a batting consultant. I would love to commentate in Hindi, as most people who watch the game are more comfortable with Hindi in India rather than English. “

” I write what I like. I don’t bother what people think about it. “

All 4 Virender Sehwag Quotes about People in picture 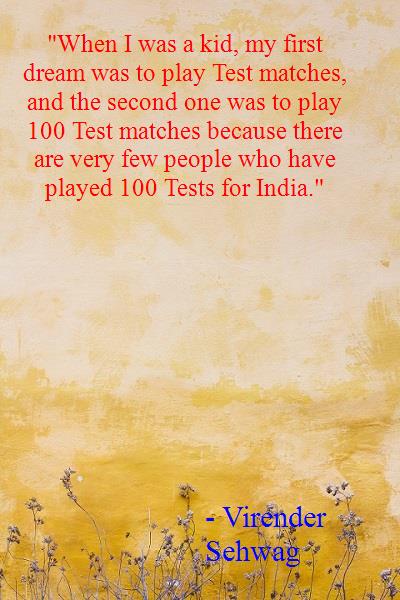 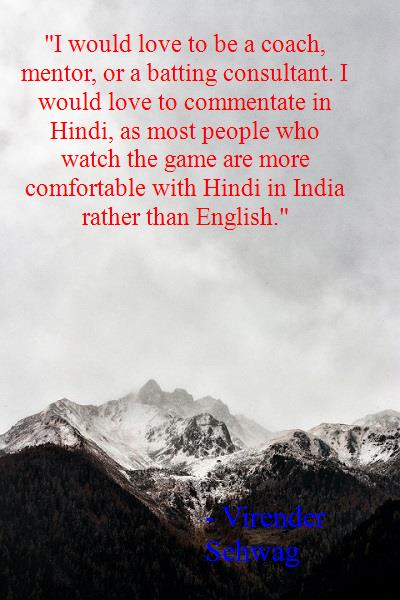