Adam Riess
” We’ve known for a long time that the universe is expanding. But about 15 years ago, my colleagues and I discovered that it is expanding faster and faster. That is, the universe is accelerating, and that was not expected, but it is now attributed to this mysterious stuff called dark energy which seems to make up about 70 percent of the universe. “

” I think the mystery of what’s out there in the universe is just very compelling. “

” Einstein wrestled with a problem back before we even knew the universe was expanding, and he was looking for a way to keep the universe from collapsing. And so he discovered, in his theory of gravity, something like this dark energy – he called it a cosmological constant – could play this role, pushing things away. “

” We know there is gravity because apples fall from trees. We can observe gravity in daily life. If we could throw an apple to the edge of the universe, we would observe it accelerating. “

” Until the 1990s, there were few reliable observations about movement at the scale of the entire universe, which is the only scale dark energy effects. So dark energy could not be seen until we could measure things very, very far away. “

All 5 Adam Riess Quotes about Universe in picture 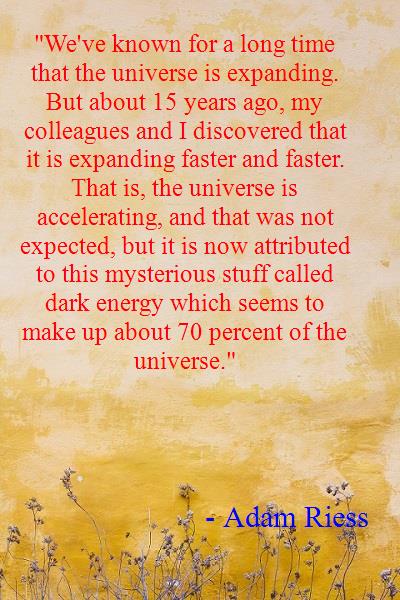 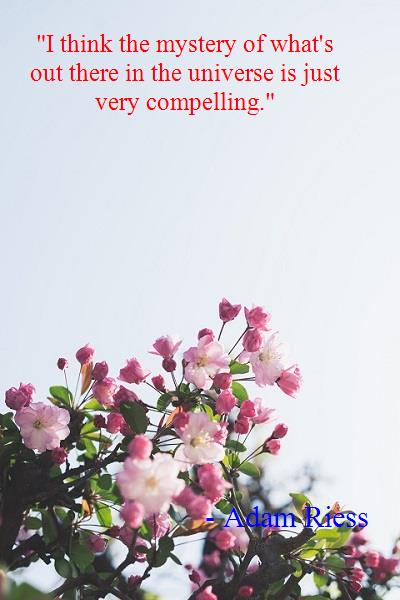 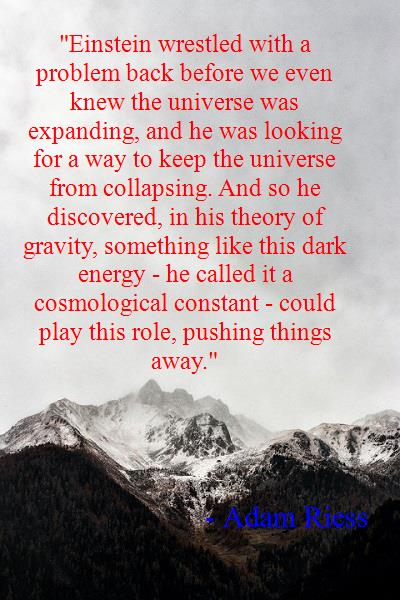 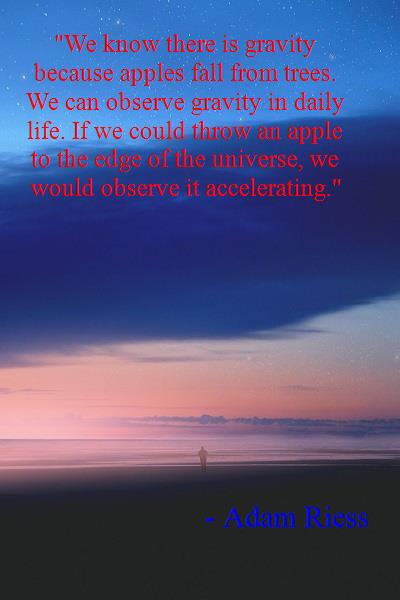 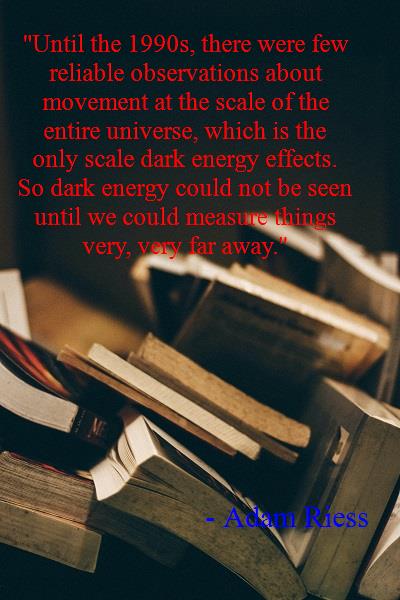