Brianna Wu
” Growing up as a queer child in Mississippi, I got my Nintendo in 1985, and I’ve been lost in this world ever since. When I was scared because my church said people like me were going to burn in hell, ‘Final Fantasy,’ ‘Dragon Warrior’ and ‘Super Mario’ offered a lifeboat. “

” Even in the ’80s and ’90s, many white Southerners were still bitter about court decisions that required racial integration of the schools. It wasn’t that they were outwardly opposed to white and black people attending school together, it was that the rulings threatened their proud identity as independent Southerners. “

” Gamergate is ostensibly about journalistic ethics. Supporters say they want to address conflicts of interest between the people that make games and the people that support them. In reality, Gamergate is a group of gamers that are willing to destroy the women who have invaded their clubhouse. “

” It doesn’t matter how many women we get into game production. If the only people evaluating the work we do continue to be men, women’s voices will never be heard. “

” There’s a common misconception about running for office. People think it’s dreadful, morally compromising work. But I’ve found the opposite is true. It made a better person and a better feminist. It forced me to take a hard look at my shortcomings. “

All 5 Brianna Wu Quotes about People in picture 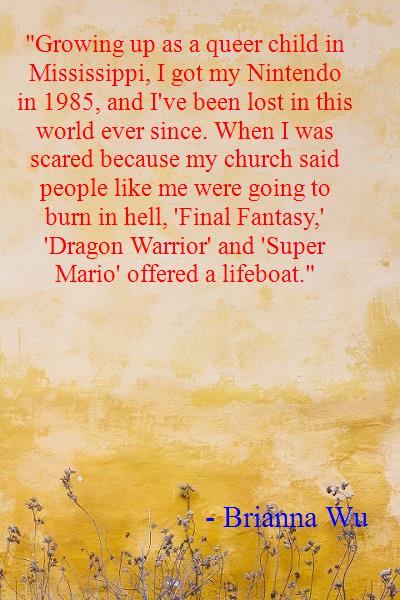 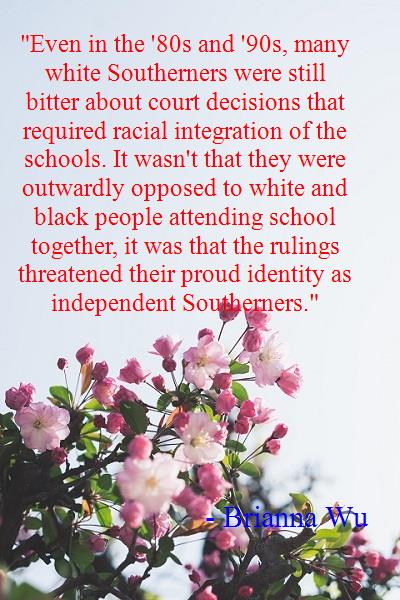 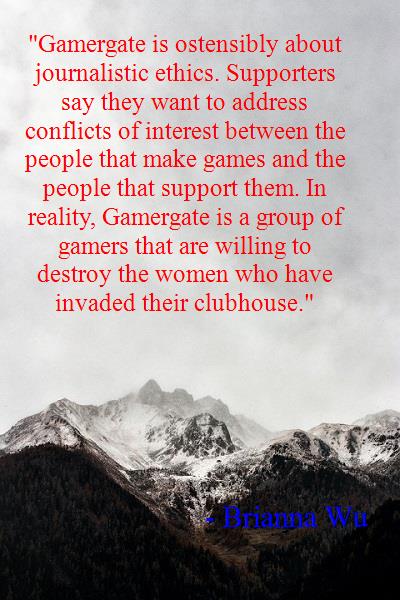 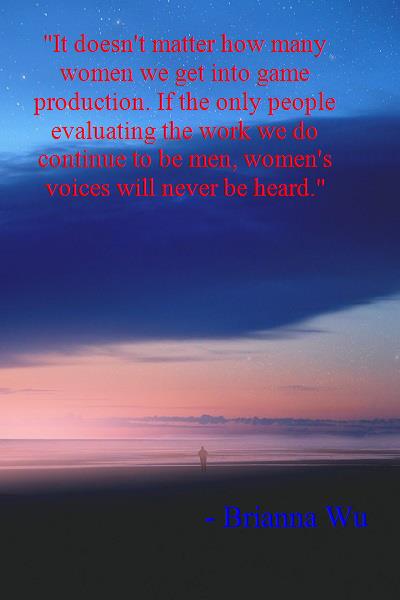 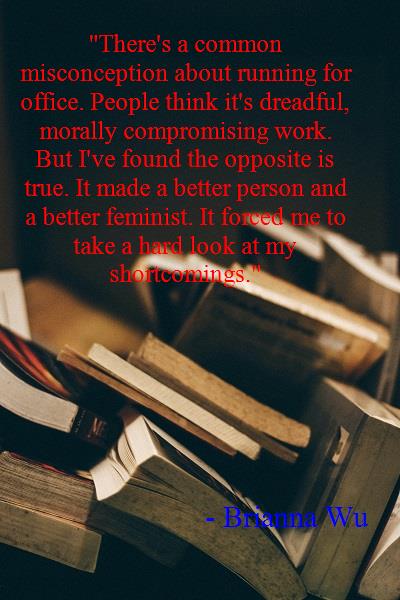