Francis Spufford
” I was never argued out of faith, it was much more passive than that – and I wasn’t argued back in, either. “

” I think I have made allowances for the kind of despair which would test my faith, but you cannot know in advance what disaster to those you love would be too much to bear faithfully, and like everyone’s, my faith is weakly conditional in some ways. I hope, I pray not to lose it. My fingers are crossed. Also my heart. “

” It’s true that when Christianity is socially powerful, faith can look from the outside as if it is mainly a matter of membership, of participation in the vast synchronised swim of institutions. “

” Despite the best efforts of apologists like William Lane Craig, the ‘evidence’ for Christianity’s truth is, in truth, not the kind that science will or should ever admit. We believers mean something different by the word: something that puts faith permanently in the category of irreproducible results. “

” For a believer, Christian faith is true to the human heart, not in the sense that any old thing we fancy believing in will become conveniently true – but because the complicated truth about our hearts, as we struggle to perceive it, tells us what we are and where we are, and consequently what we need. “

All 5 Francis Spufford Quotes about Faith in picture 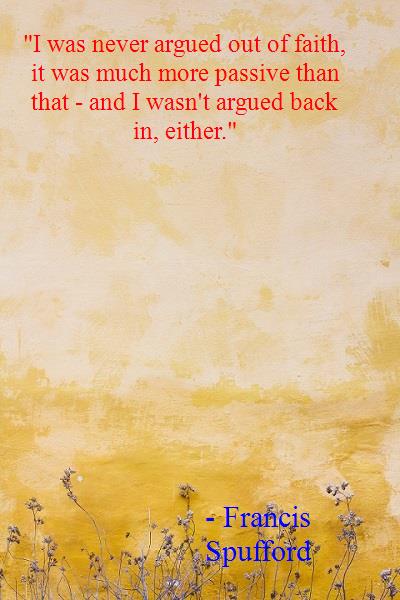 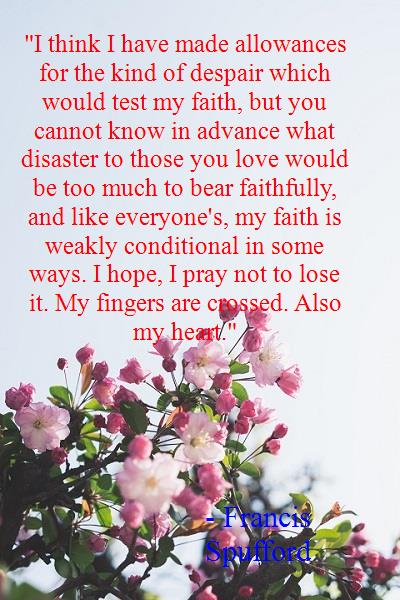 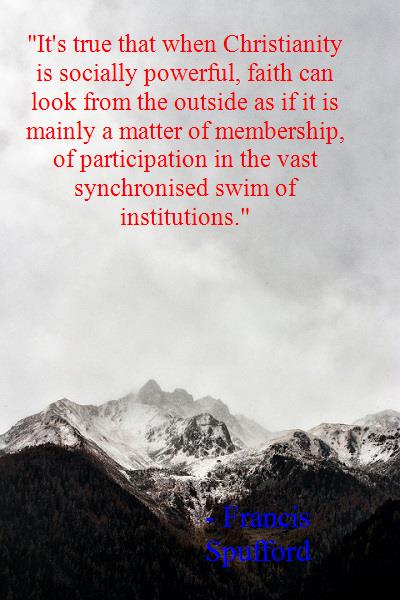 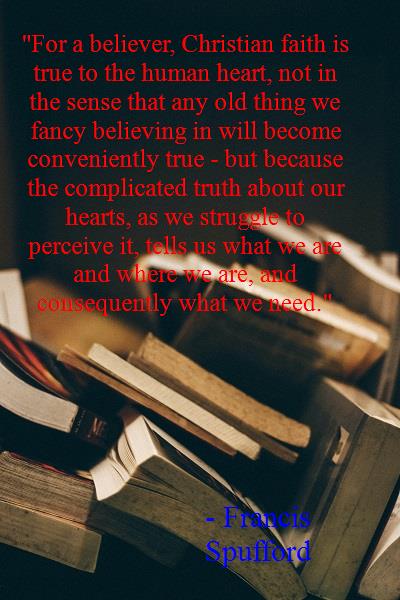