J. D. Souther
” I grew up with singers. My father’s mother sang opera. My dad was a big band singer. I can’t remember a time there wasn’t music in the house, so I grew up listening to great songwriters – George Gershwin, Cole Porter – and my grandma was playing opera for me before I was 3. “

” If it hadn’t worked out professionally, I would be teaching music theory and composition in a small college somewhere and playing drums in a jazz trio at the Holiday Inn on weekends, and I’d be happy there, too. “

” In the ’80s, I got tired of the rat race. It was a terrible time for music. I wasn’t part of that whole MTV craze. I did ‘Go Ahead and Rain,’ which was Madeleine Stowe’s first bit, but felt no connection to it. I went many years where I didn’t have to work. “

” My dad was a huge big band and jazz fan, and we both sort of enjoyed be-bop, but man, it required so much skill to play it. And then there was cool jazz, the era that Miles, Coltrane, and Ornette ushered in, and that found a home in me. It turns out that that music was just really where I breathed. “

” Stand-up comedians say that anyone in the audience can be funny, but people paid to see us because we’re just a little bit funnier. In the same way, I think anybody can play music – in fact, I think everyone has music in them, but some of us can do it a little better. “

All 5 J. D. Souther Quotes about Music in picture 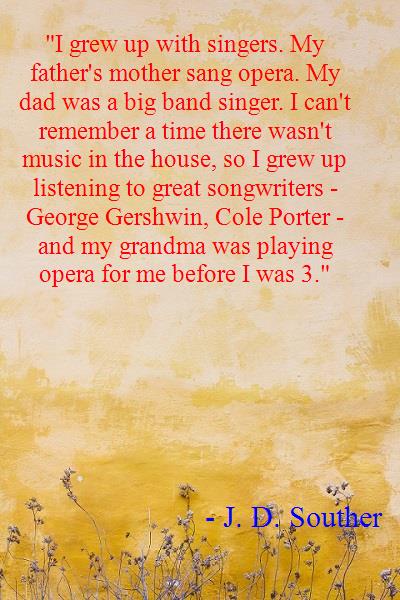 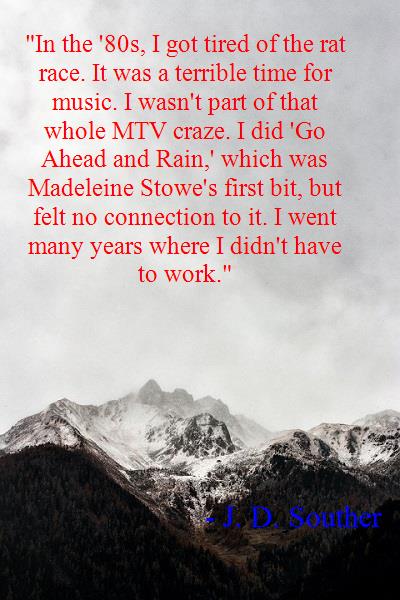 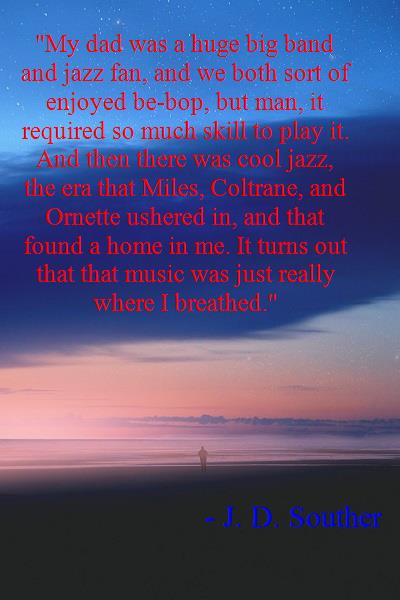