Jeannette Rankin
” It is unconscionable that 10,000 boys have died in Vietnam. If 10,000 American women had mind enough they could end the war, if they were committed to the task, even if it meant going to jail. “

” Men and women are like right and left hands, it doesn’t make sense not to use both. “

” We reasoned that the men would find it difficult to vote against the women in their home states when a woman was sitting with them making laws. “

” How can people in other countries who are trying to grasp our plan of democracy avoid stumbling over our logic when we deny the first steps in democracy to our women? “

All 5 Jeannette Rankin Quotes about Women in picture 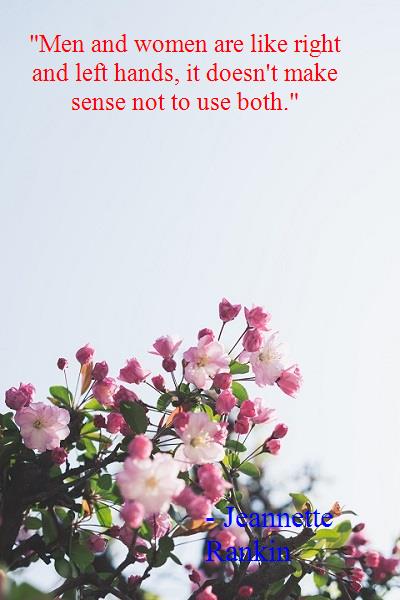 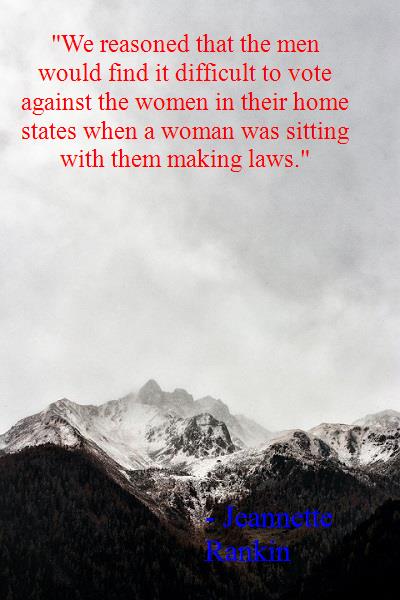 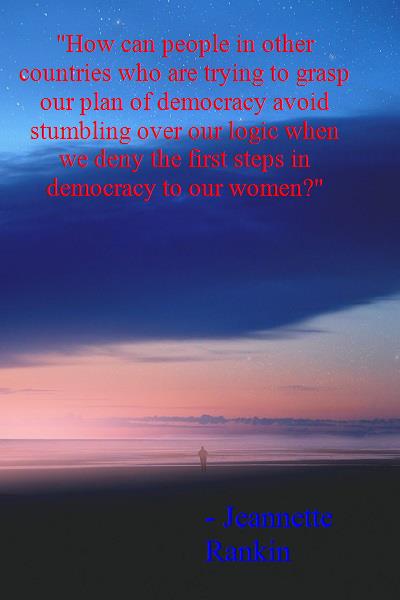