Jesse Ventura
” I believe in the America people’s ability to govern themselves. If government would just get out of the way and allow them to lead their lives as they choose, they will succeed. “

” I decided to run for governor because I got mad… I want to make government more directly accountable to the people. “

” Organized religion is a sham and a crutch for weak-minded people who need strength in numbers. It tells people to go out and stick their noses in other people’s business. “

” Students often approached me about state-paid tuition while I was out campaigning. After I explained to them that if the state pays their tuition now, they will pay higher taxes to pay other people’s tuition for the rest of their lives, most of them ended up agreeing with me. “

All 5 Jesse Ventura Quotes about People in picture 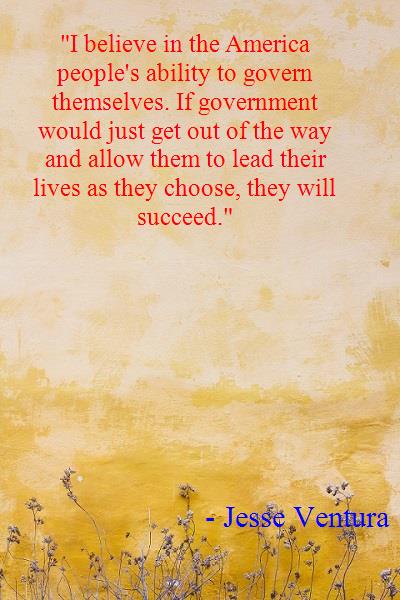 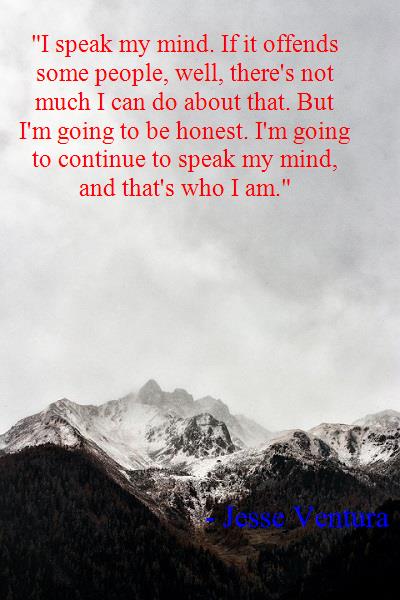 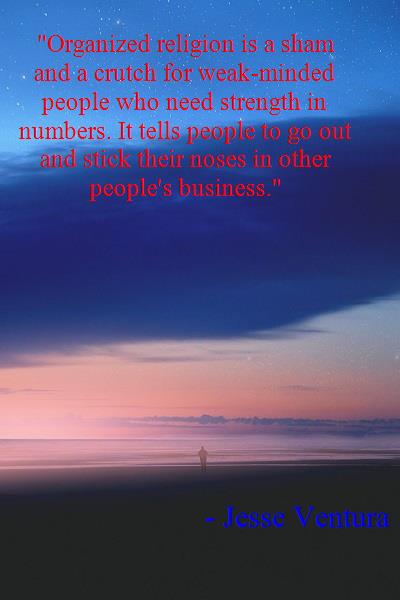 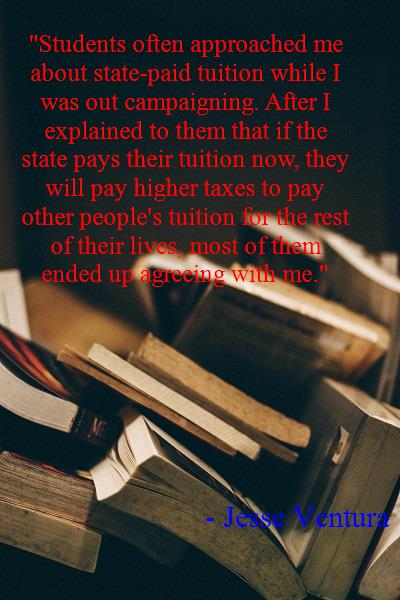