Victoria Woodhull
” Women have no government. “

” The women of the country have the power in their own hands, in spite of the law and the government being altogether of the male order. “

” If Congress refuse to listen to and grant what women ask, there is but one course left then to pursue. What is there left for women to do but to become the mothers of the future government? “

” I ask the rights to pursue happiness by having a voice in that government to which I am accountable. “

” I and others of my sex find ourselves controlled by a form of government in the inauguration of which we had no voice. “

All 5 Victoria Woodhull Quotes about Government in picture 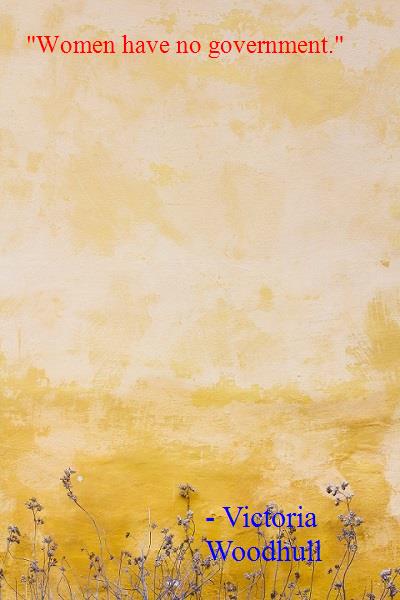 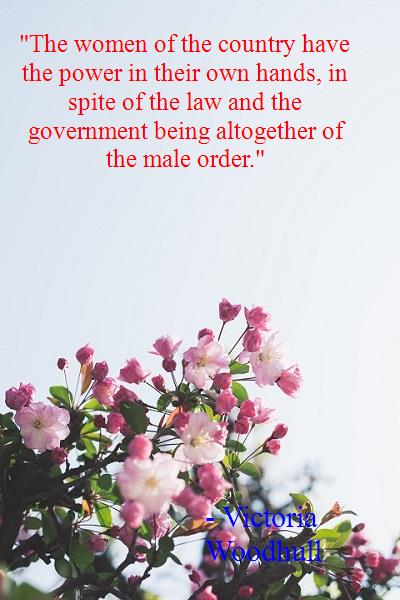 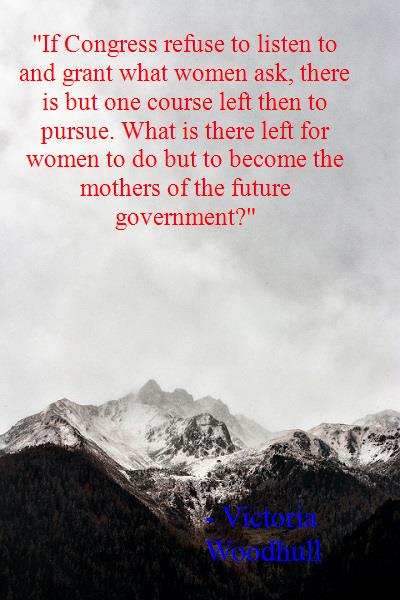