Vincent McNabb
” Of a truth, there is an inward, formless, inarticulate, almost unconscious, prayer, the very breath of love, whereby the soul is knit fast to the God whom it has tracked, amidst the tangled underwood of human life, to his covert on the eternal hills. “

” That mystic clasp of love lies not on the threshold but at the end of spiritual life, and can be reached for the most part only after much spiritual exercising, many denials, self-denials, watchings, and, it may be, the Cross of pain and disillusionment. “

” Marriage is an indissoluble state of life wherein a man and a woman agree to give each other power over their bodies for the begetting, birth, and upbringing of offspring. “

” As you are not yet married, and as marriage is the fundamental state of life as well as the unity of the commonwealth, make up your mind whether you are called to this state. If you make up your mind to marry, do not marry merely a good wife: marry a good mother to your children. “

All 5 Vincent McNabb Quotes about Life in picture 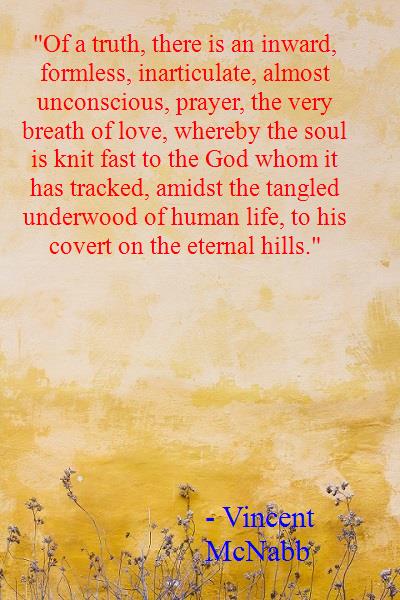 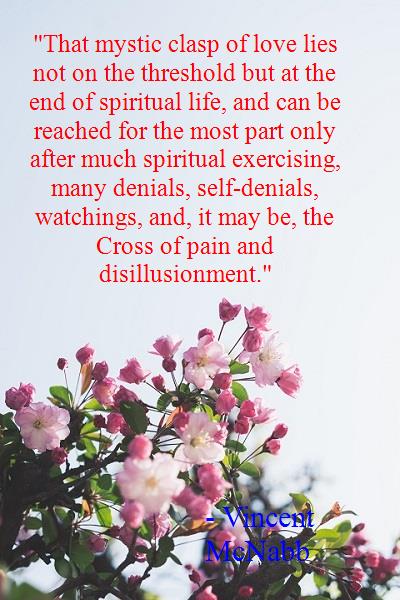 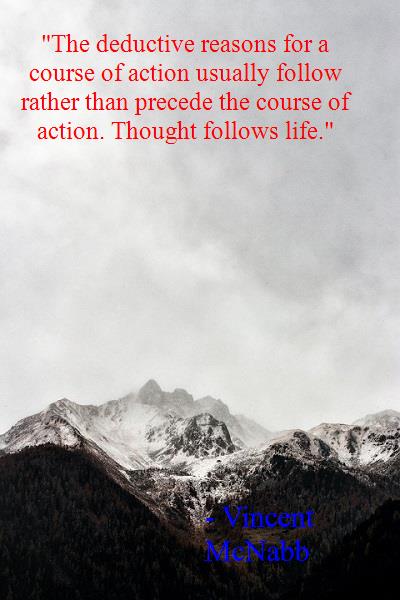 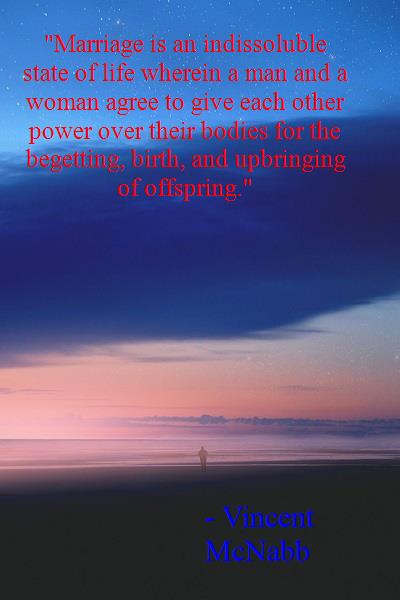 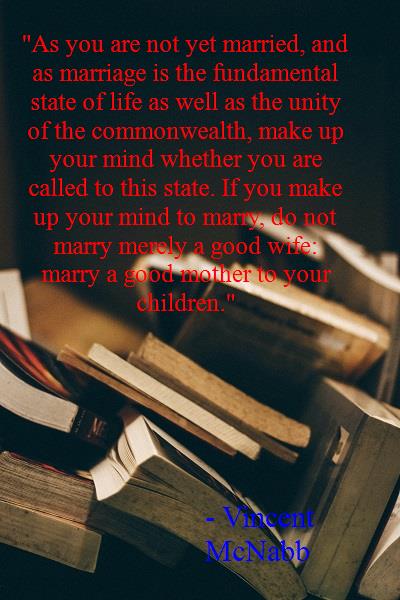