Adam Schlesinger
” I think people sometimes confuse ‘catchy’ with something that should automatically be a hit in today’s world. I mean, obviously we write a lot of stuff that’s catchy, that sticks in your head. But that doesn’t necessarily mean that middle-school kids are going to want to listen to a song about a lawyer or a Subaru or whatever. “

” I think in most cases, when you’re writing a song, you’re just making up a little story, and you’re not really thinking about making a point one way or another about it. You’re just coming up with a little scenario and seeing it through, and that’s it. “

” A song sometimes ends up with its own internal logic. “

” If you’re sitting in a place like Martha’s Vineyard, I don’t think you’re going to write a song about a ski resort. “

” I always have to be thinking about who’s going to be singing this song, what the context is. I don’t sit around just writing in a vacuum, ever. “

” What should a song be about? It’s a trick question for songwriters because lots of amazing songs aren’t ‘about’ anything. Or, at least, they’re not about anything that’s obvious or logical. “

All 6 Adam Schlesinger Quotes about Song in picture 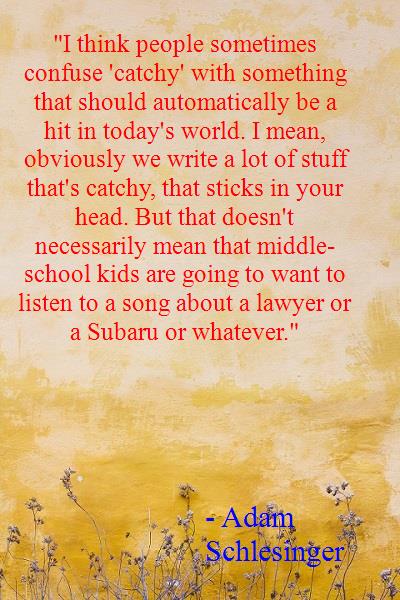 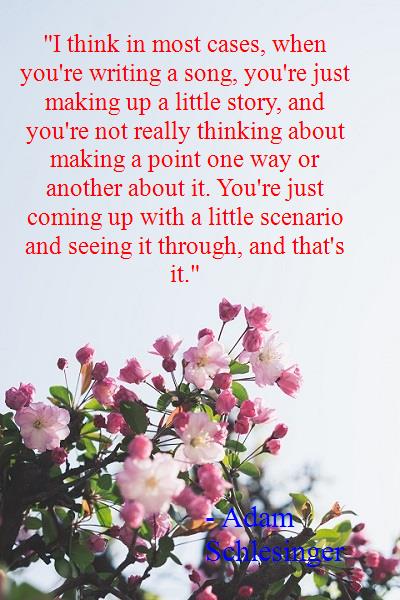 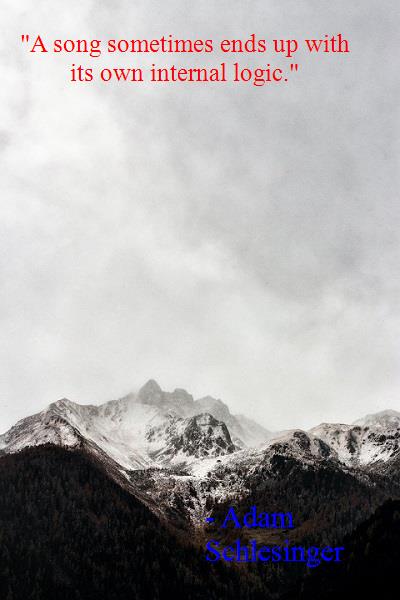 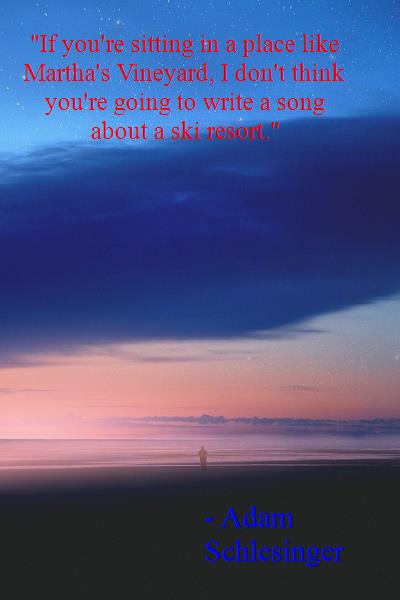 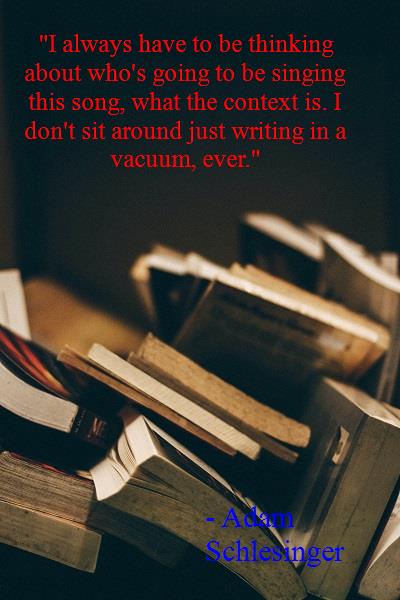