Ellen Key
” The emancipation of women is practically the greatest egoistic movement of the nineteenth century, and the most intense affirmation of the right of the self that history has yet seen. “

” The woman pastor would often be, especially for women and children, a better minister than the clergyman, for them also, the woman judge might often surpass the man in penetration and understanding. “

” Lack of courage or means often deters the European woman from more independent business activity, and this in spite of increasing freedom to choose her occupation, in spite of brilliant examples of successful undertakings of women, in photography, hotel or boarding-house management, dress-making, etc. “

” While the women of the older generation were thankful if only they succeeded in obtaining ‘a work and a duty,’ however monotonous and wearing it might be, the will of the younger generation for a pleasurable labour has fortunately increased. “

” If, in the coming thousand years, a feminine culture shall really supplement the masculine, then this will be exactly in the measure in which women have the courage to create and to act as most feminists now do not even dare think. “

” The exact sciences, which would be considered a priori as little adapted to women, for example mathematics, astronomy and physics, are exactly those in which thus far they have most distinguished themselves. This contains a warning against too precipitate conclusions about the intellectual life of woman. “

All 6 Ellen Key Quotes about Women in picture 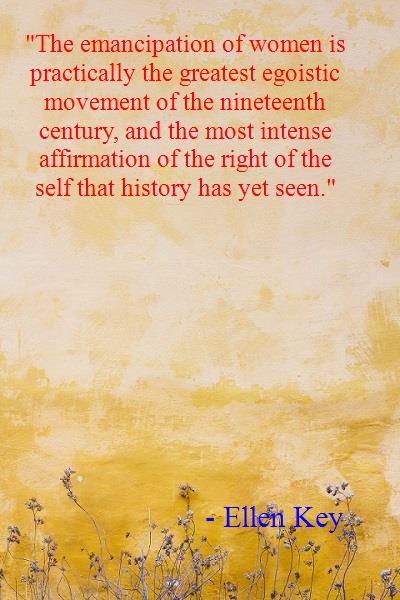 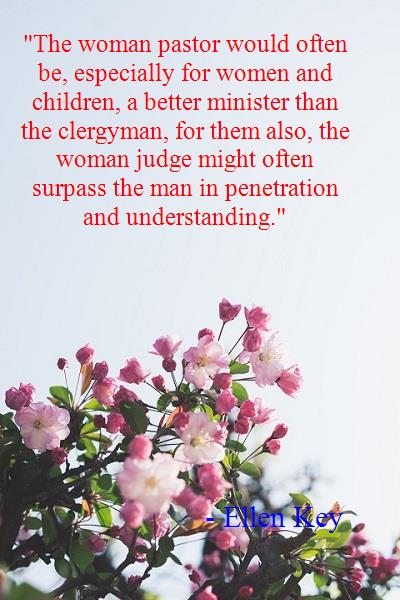 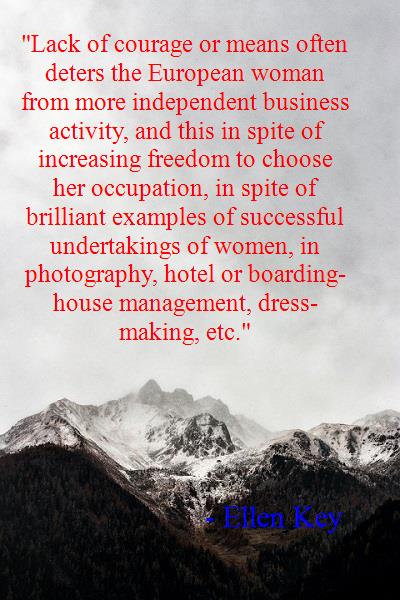 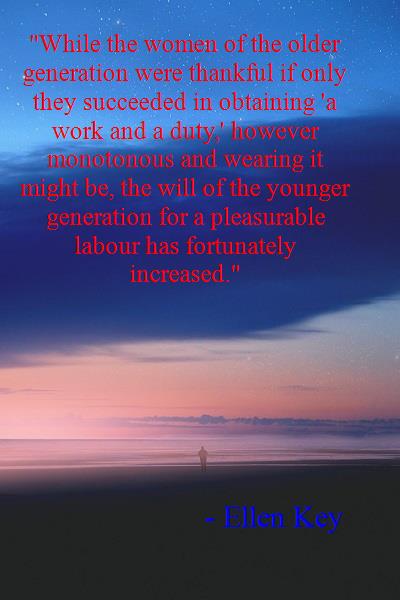 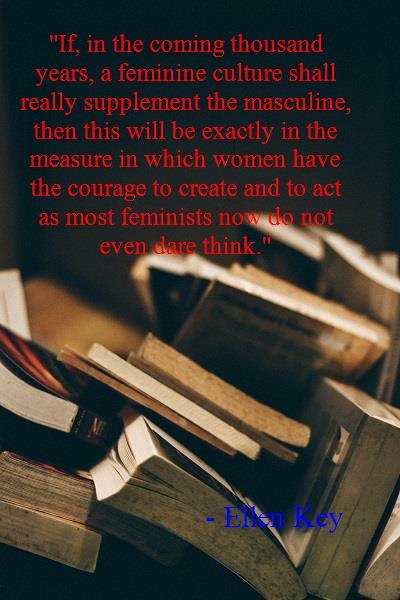 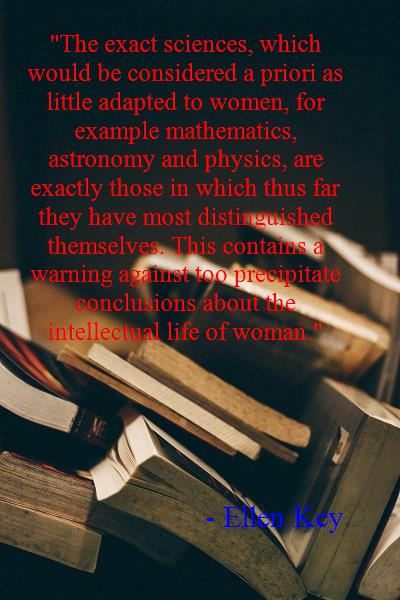