Ivan Krastev
” Democracy has always been in crisis: democracy is all about practicing the art of bearable dissatisfaction. In democratic societies, people often complain about their leaders and their institutions. The gap between the ideal democracy and the existing one cannot be bridged. “

” What makes me worry today is the alarming decline in the trust in democratic institutions – political parties, Parliaments, political leaders. Less and less people are going to the polls in most advanced democracies. “

” The crisis of democracy in the West is not the result of falling in love with another system. In Europe and America people who are disillusioned with democracy do not dream about the Chinese model or any other form of authoritarian rule. They do not dream about government that controls Internet and puts in prison those daring to disagree. “

” It is people’s willingness to take personal risks and confront the powerful by daring to speak the truth, not the truth itself, that ultimately leads to change. “

” As a rule, governments monitor people. “

All 6 Ivan Krastev Quotes about People in picture 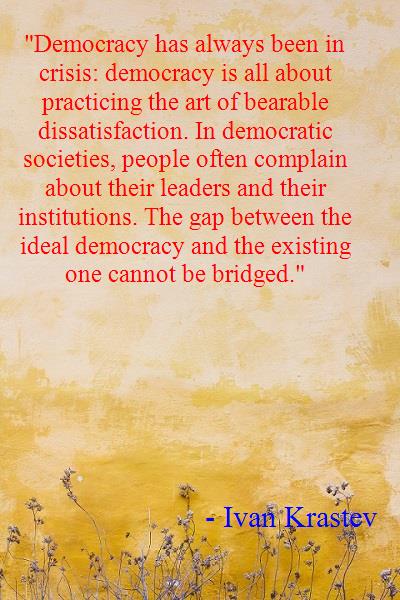 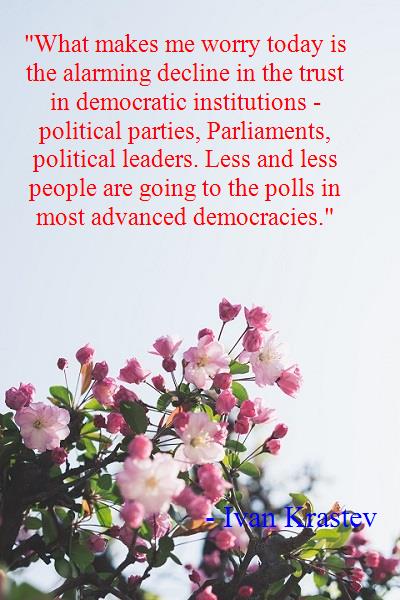 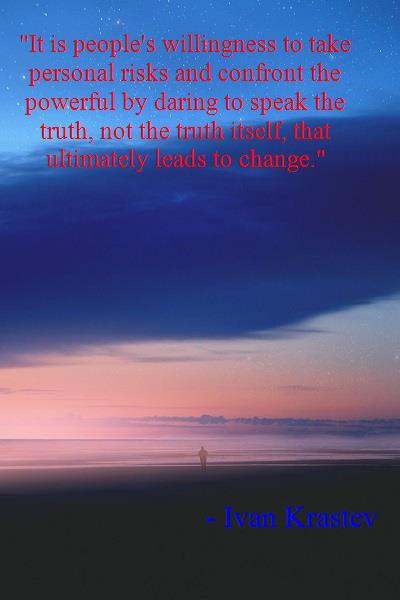 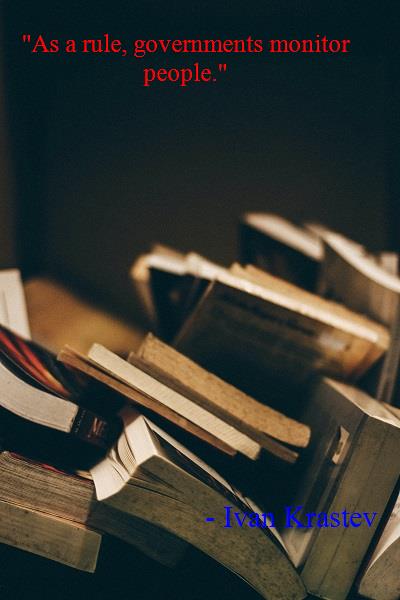 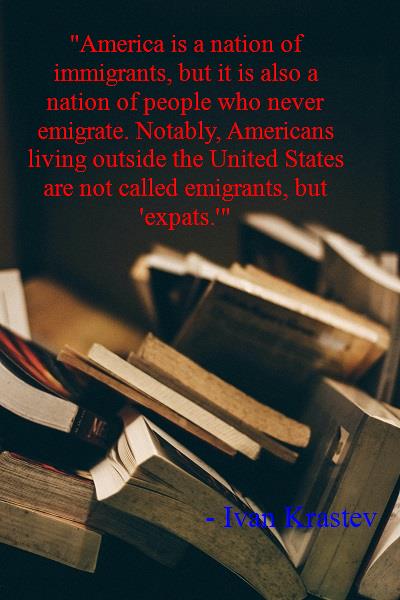