Jerry Greenfield
” We measured our success not just by how much money we made, but by how much we contributed to the community. It was a two-part bottom line. “

” Startups are often very undercapitalised, but I found that to be very beneficial because it forces you not to throw money at problems. Instead, you learn all the nuts and bolts of what you’re doing and become an expert. “

” Don’t just do something because it’s a trendy idea and will make you a lot of money. The reason I say that is because any kind of venture involves going through difficult times. If you’re doing something you are passionate about and really believe in, then that will carry you through. “

” So much business is based on the belief that we should do whatever we can within legal limits to make as much money as we can. Ben & Jerry’s was based on values, and we try to operate a business that not just sells ice cream but partners with all our stakeholders – whether that’s suppliers or customers – to bring about a more sustainable world. “

” The reality is that most companies are not about any values at all – they are about making money. It is extremely rare for a business to stand for anything because most businesses don’t want to alienate potential customers, and if you believe in anything you are going to alienate someone. “

” Businesses can lead with their values and make money, too. You don’t have to simply be purely profit-driven. You can integrate social and environmental concerns into a business, be a caring business, be a generous business and still do very well financially. “

All 6 Jerry Greenfield Quotes about Money in picture 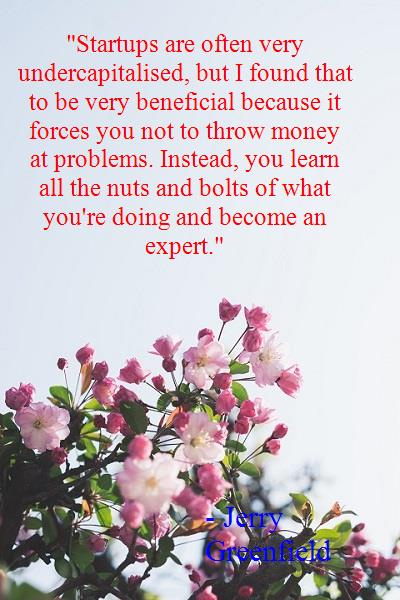 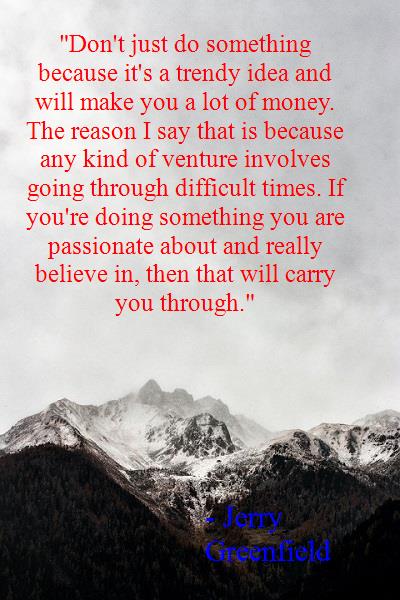 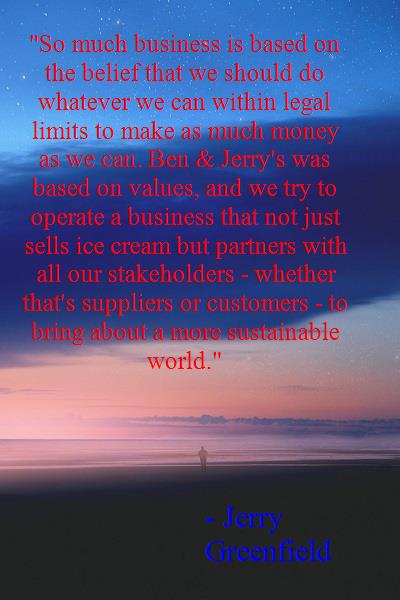 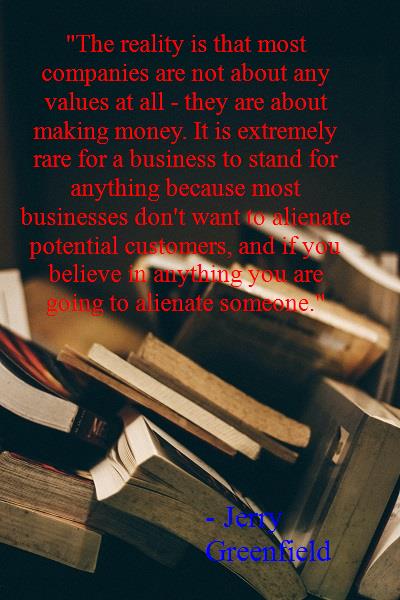 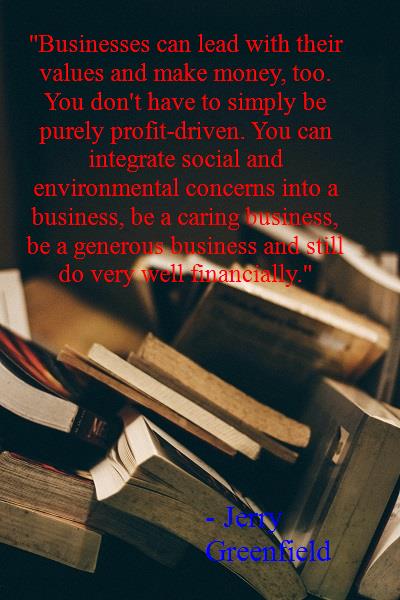