Soni Razdan
” You cannot control the spending habits of people. It is a free society, after all, and people should have right to spend their money as they wish. “

” It’s tough for a child to deal with expectations that people have if they have a successful parent. A child often fails to cope with the same and constantly tries to find out possible ways to excel – just to live up to the name. “

” Alia and Shaheen have a smart father and have got good genes. But it’s not fair that people expect them to do as well as their father. “

” It is easy to say that if such harassment happens, walk out of your job. But people depend on that job. It is about their livelihood, a question of survival. So while we must encourage victims for coming up with their #MeToo stories, we should not judge women for not sharing their stories. “

” To be honest, nobody was running after me with roles, so there also came a time when I did neglect the acting side and was keen on directing and pursuing that. People got this impression, ‘She’s directing, not acting,’ stuff like that. “

All 6 Soni Razdan Quotes about People in picture 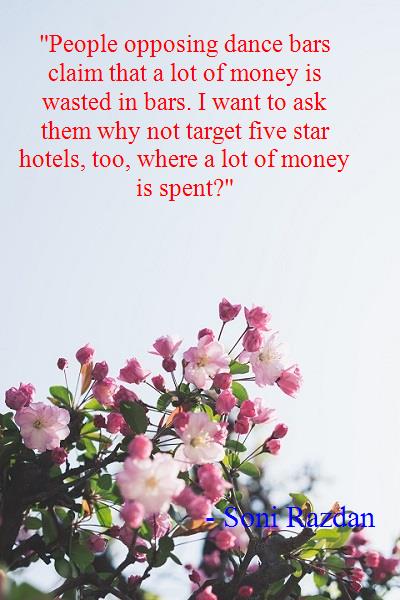 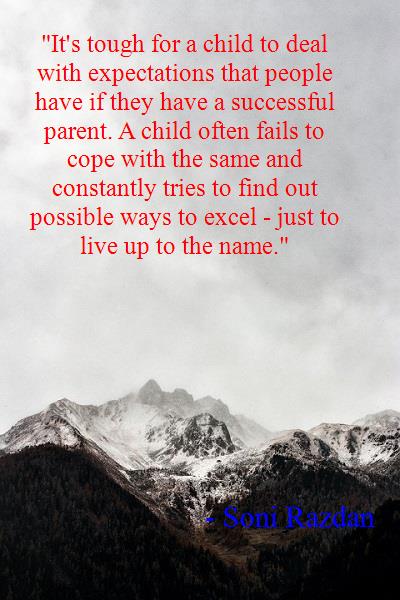 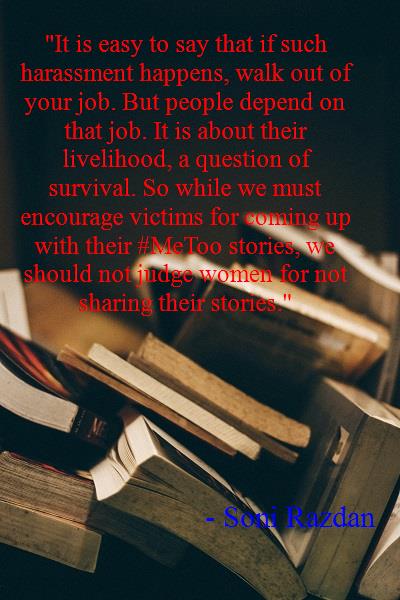 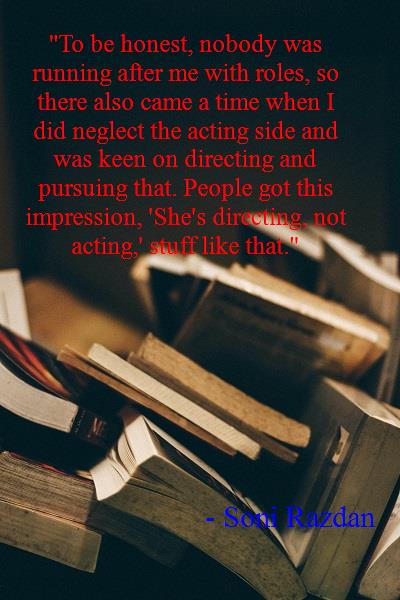