Ted Sarandos
” The two things that got everyone’s attention about the ‘House of Cards’ deal was the two-season commitment and David Fincher. After David Fincher directs a series for Netflix, no one else can say, ‘Well, I’m not going to direct a series for the Internet. “

” Walking Dead’ has done great on Netflix, but to pay for the full output deal just to get ‘Walking Dead’ didn’t make sense. “

” The longer people watch Netflix and the longer they stay members – they’re the criteria of success for us. “

” Typically on a TV series, the writers on a show are writing for their life almost every episode. When someone sits down to write a Netflix show, they know there’s going to be a 13th hour. “

” In the first week of release, ‘Beasts Of No Nation’ was the most watched movie on Netflix, in every country we operate in. “

” Netflix is distributed in 50 countries around the world. It’s an incredibly affordable, well-distributed product that gives anyone with access to the Internet and a screen access to content in a very affordable way. “

All 6 Ted Sarandos Quotes about Netflix in picture 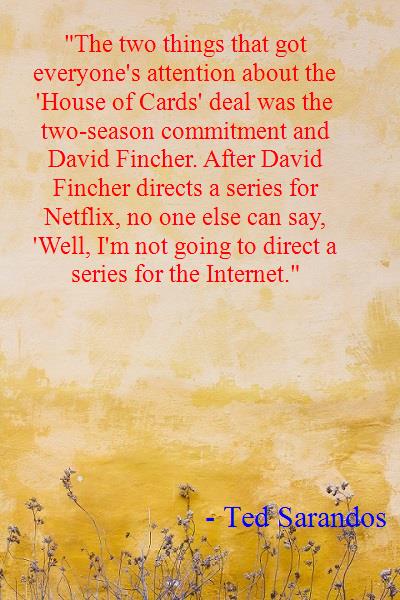 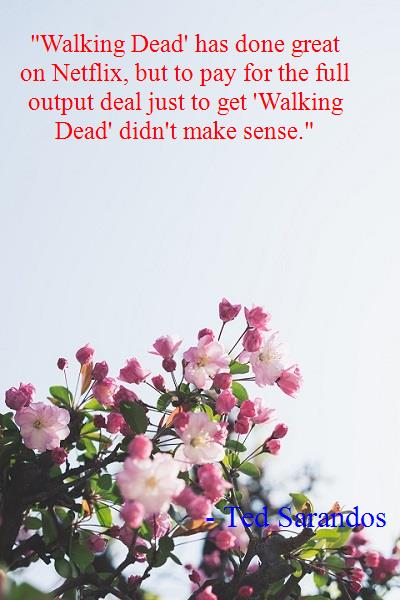 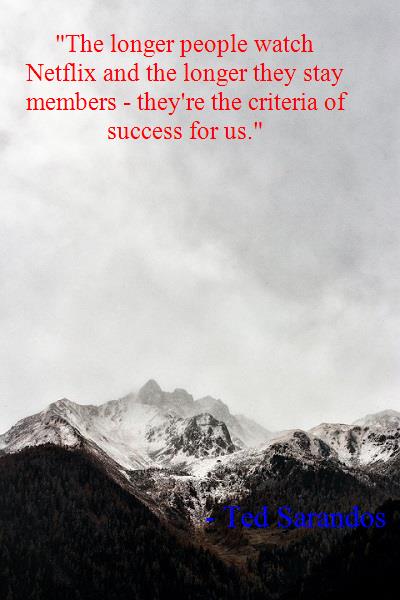 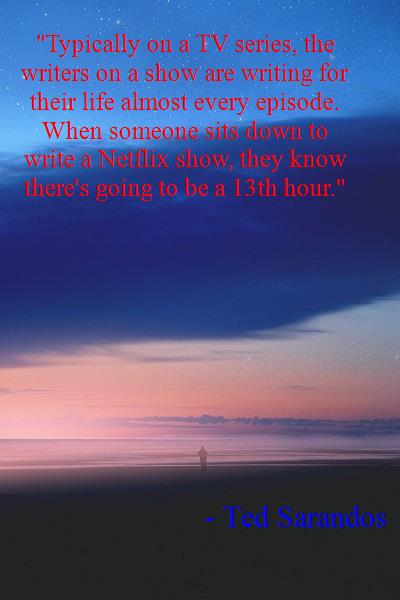 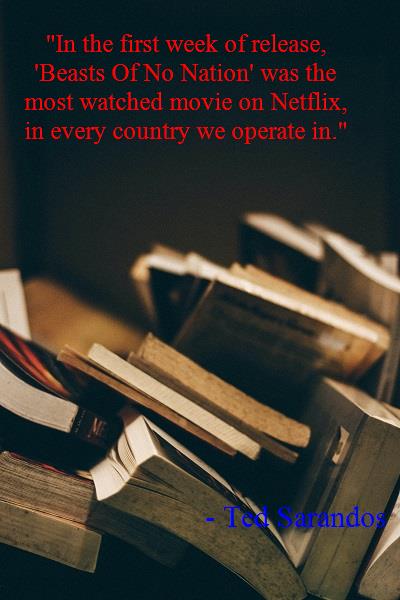 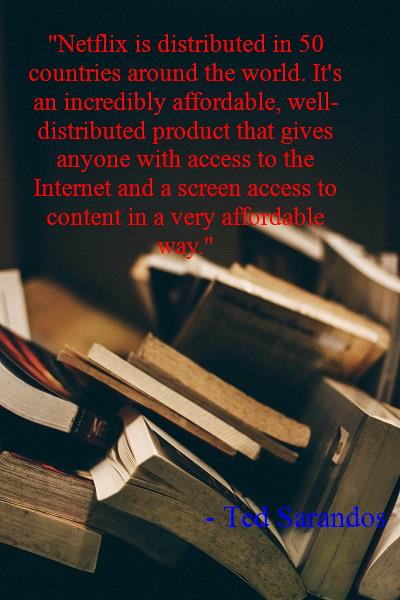