Thomas R. Insel
” My philosophy is really based on humility. I don’t think we know enough to fix either diagnostics or therapeutics. The future of psychiatry is clinical neuroscience, based on a much deeper understanding of the brain. “

” When we talk about the brain, it is anything but unidimensional or simplistic or reductionistic. “

” We have to remain humble about our understanding of the brain, because even our most powerful tools remain pretty blunt instruments for decoding the brain. In fact, we still do not know how to decipher the basic language of how the brain works. “

” Unlike the heart or kidney, which have a small, defined set of cell types, we still do not have a taxonomy of neurons, and neuroscientists still argue whether specific types of neurons are unique to humans. But there is no disputing that neurons are only about 10 percent of the cells in the human brain. “

” Neuroscientists talk a lot about brain circuits. In fact, the word ‘circuit’ is probably misleading. We do not know where most circuits begin and end. And unlike an electrical circuit, brain connections are heavily reciprocal and recursive, so that a direction of information flow can be inferred but sometimes not proven. “

All 6 Thomas R. Insel Quotes about Brain in picture 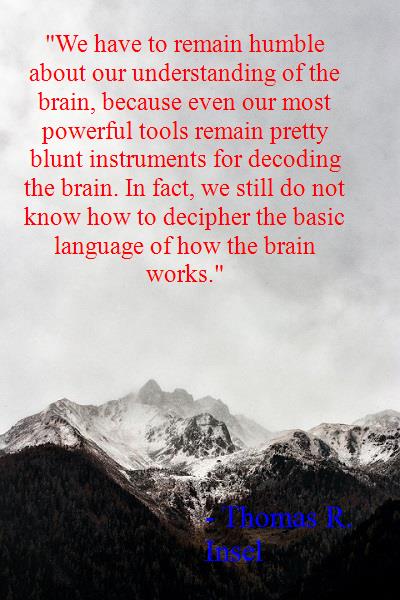 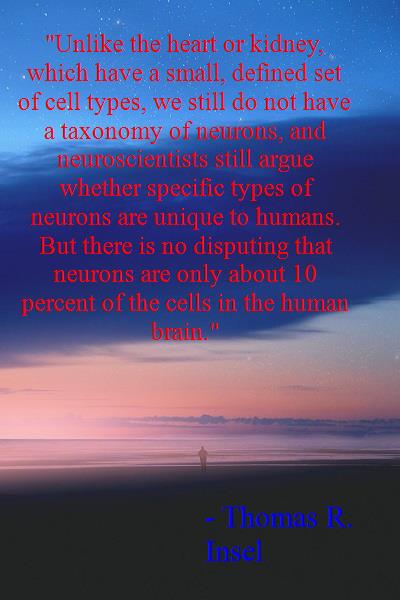 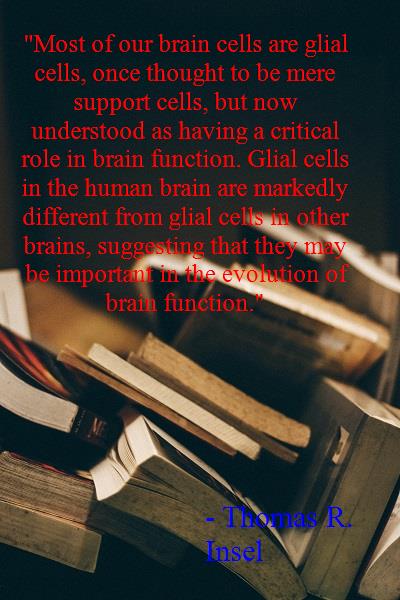 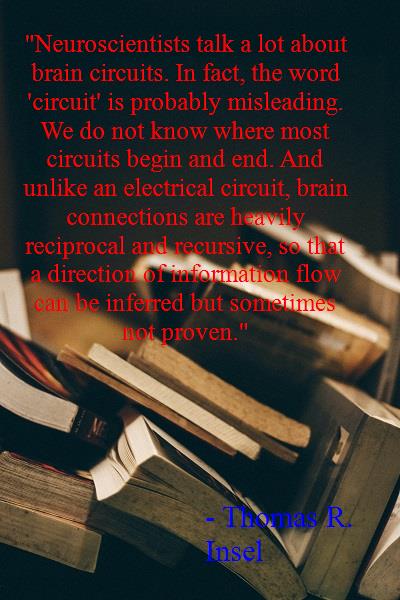