Tony Harrison
” I’ve always had the wish, the need, and the obsession to become a public poet. “

” A lot of my activity in the theatre, and even in writing poems, was a kind of retrospective aggro on the English teacher who wouldn’t allow me to read poetry aloud. “

” You get early inoculation against the idea of success if you’re a poet. When I published my first collection of sonnets, I sold about five copies, now kids study them for A level. Wanting to be successful in that other world of money or fame is not interesting. Poetry isn’t like that, and it never has been. “

” Poetry is all I write, whether for books or readings or for the National Theatre or for the opera house and concert hall or even for TV. “

” For me, there is a paradox in poetry, which is like the paradox in tragedy. You have the most terrible subject, but it’s in a form that is so sensually gratifying that it connects the surviving heart to the despairing intellect. “

” I hate being called poet/dramatist/translator/director. ‘Poet’ covers it all for me. “

All 6 Tony Harrison Quotes about Poet in picture 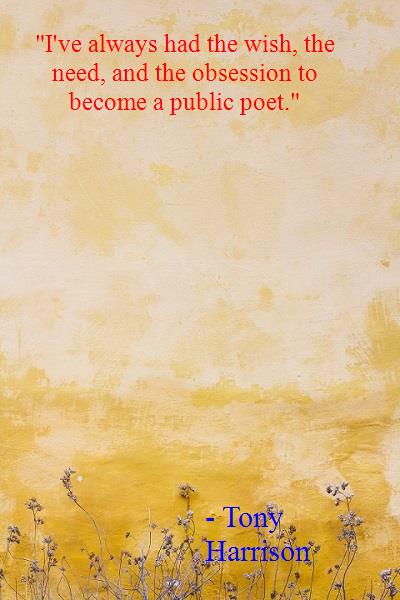 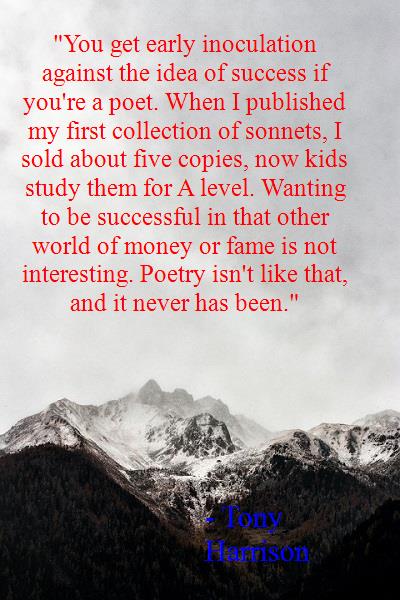 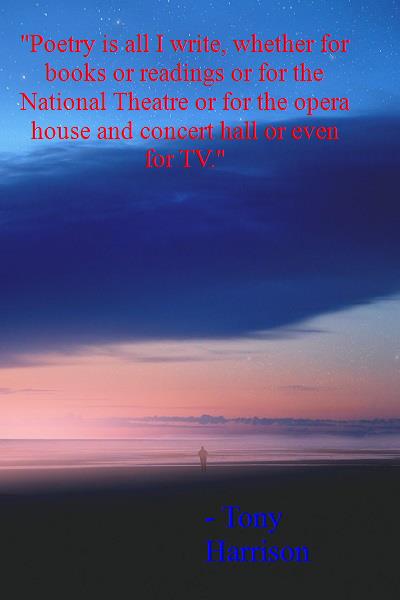 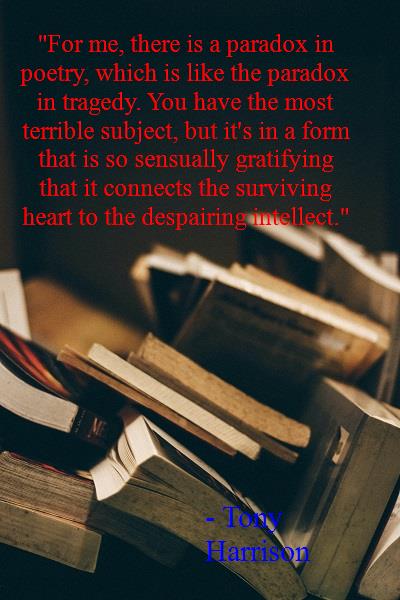 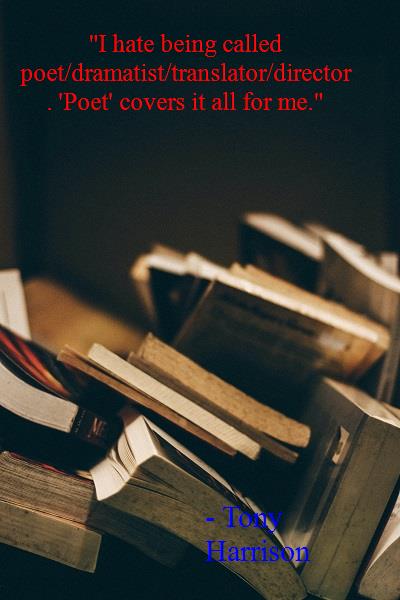