Vince Gilligan
” I never thought anyone would come up to me and say, ‘I like ‘Better Call Saul’ better than ‘Breaking Bad.” If you had asked me before we started, ‘Would that bother you if someone said that?’ First of all, I would have said, ‘That’s never gonna happen. And yeah, it probably would bother me.’ It doesn’t bother me a bit. It tickles me. I love it. “

” Our rational, realistic goals for ‘Better Call Saul’ were simply that it wouldn’t suck, and it wouldn’t embarrass us. It didn’t rise much higher than that, to be honest. “

” I think one of the reasons for the success of ‘Breaking Bad,’ and now for ‘Better Call Saul,’ is that we have been blessed by AMC and Sony with enough time to figure things out. “

All 6 Vince Gilligan Quotes about Better in picture 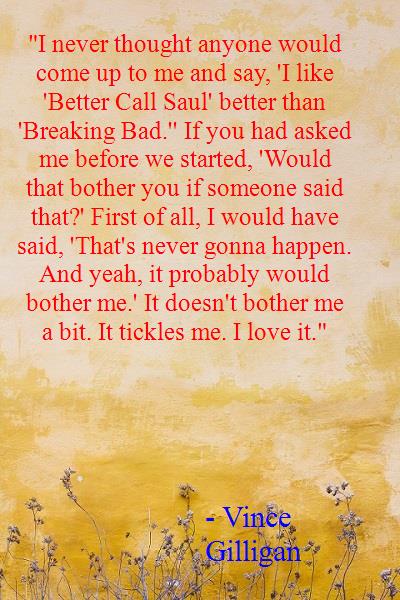 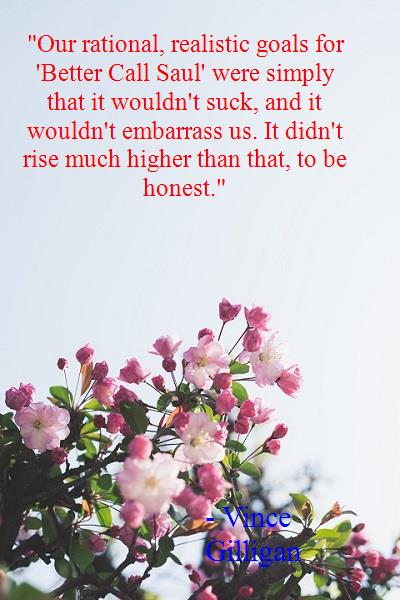 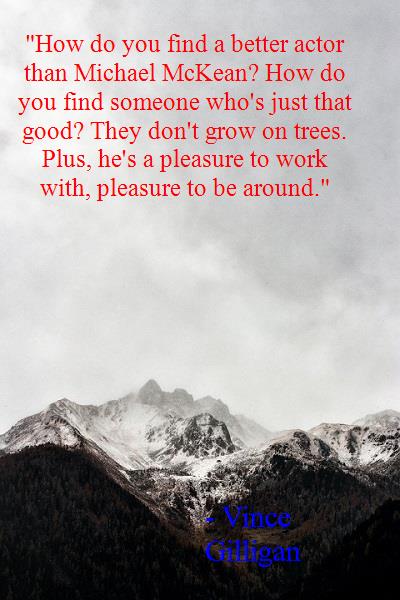 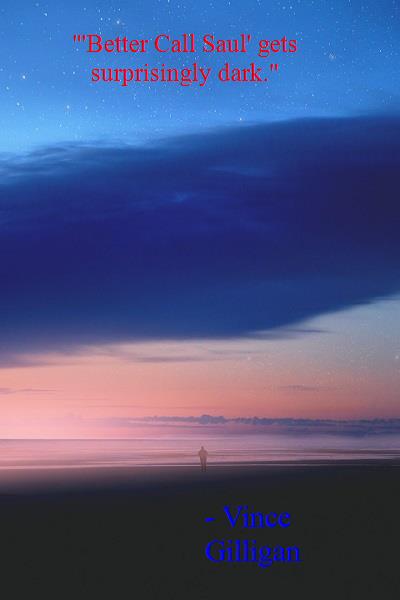 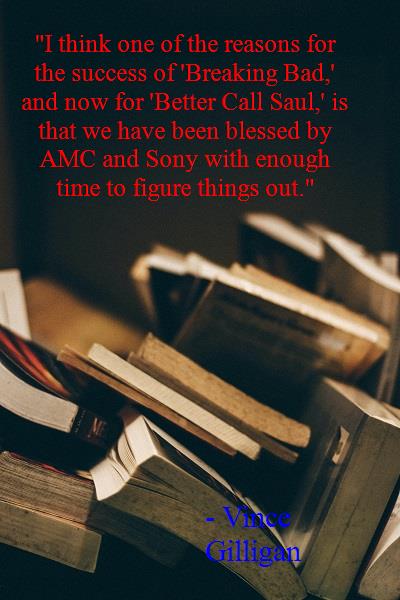 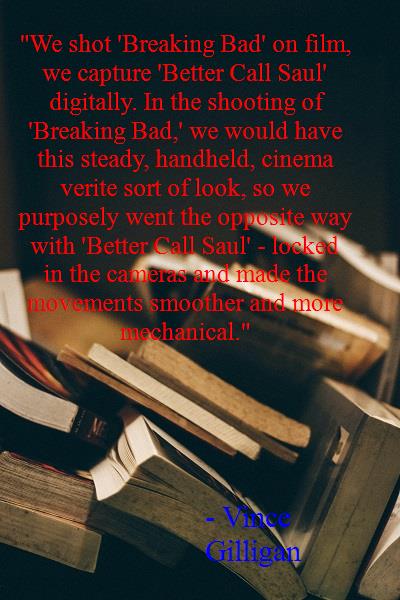