Ishmael Beah
” What happens in the context of war is that, in order for you to make a child into a killer, you destroy everything that they know, which is what happened to me and my town. My family was killed, all of my family, so I had nothing. “

” Whenever I speak at the United Nations, UNICEF or elsewhere to raise awareness of the continual and rampant recruitment of children in wars around the world, I come to realize that I still do not fully understand how I could have possibly survived the civil war in my country, Sierra Leone. “

” In early 1993, when I was 12, I was separated from my family as the Sierra Leone civil war, which began two years earlier, came into my life. “

” I was one of those children forced into fighting at the age of 13, in my country Sierra Leone, a war that claimed the lives of my mother, father and two brothers. I know too well the emotional, psychological and physical burden that comes with being exposed to violence as a child or at any age for that matter. “

” The thing that really gets to me is that countries are in the news only when things get out of hand. That’s when it’s newsworthy. When the war ends, it’s not newsworthy anymore, no one wants to think about it. Actually, the aftermath is the most important part. It’s when people have to rebuild. “

” For many observers, a child who has known nothing but war, a child for whom the Kalashnikov is the only way to make a living and for whom the bush is the most welcoming community, is a child lost forever for peace and development. I contest this view. For the sake of these children, it is essential to prove that another life is possible. “

All 7 Ishmael Beah Quotes about War in picture 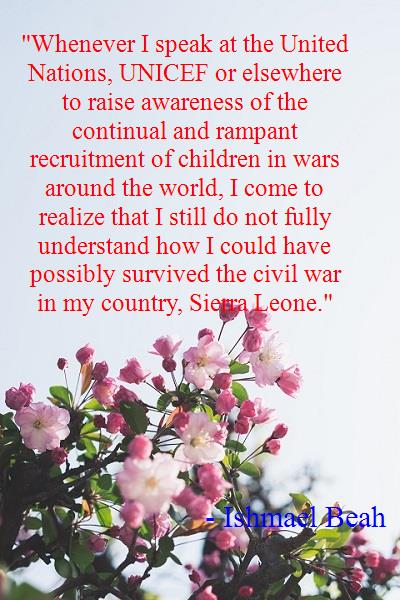 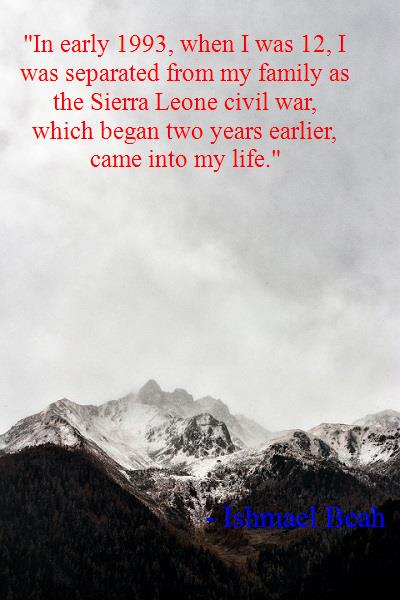 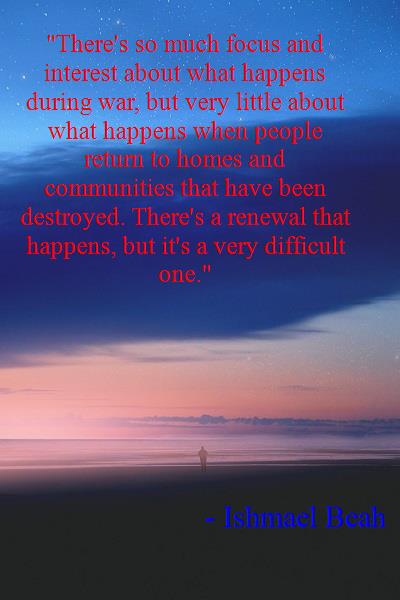