Jake Epstein
” My dad is a huge folk music fan, so growing up, there were always records playing in my house. Carole King, James Taylor, Simon and Garfunkel, the Beatles – I grew up with this music, and I was aware of how special this music was to a lot of people. “

” I did ‘Degrassi’ for five years in Toronto, and I made the decision to quit the show to go to theatre school, which a lot of people thought I was really crazy to do, but it was one of those major decisions in my life that I haven’t regretted – hopefully I won’t! I really wanted to go to school. “

” There’s just nothing funnier or crazier than that – doing your Broadway debut as Spider-Man in ‘Spider-Man’ the musical. It was, like, the last thing I could have ever possibly imagined happening. I mean, I would tell people I was playing Spider-Man, and people would just break out laughing because it was so ridiculous! “

” When I was 12, I played the Artful Dodger in Cameron McKintosh’s production of ‘Oliver!’ when it came to Toronto. Just getting the role shocked my whole family, and I don’t think I realized until then just how much I loved getting up in front of people and performing. “

” I was very spiritual as a kid. I think I felt and thought about things a lot more deeply than most of the other kids my age. I wanted to help people. “

” I’m always surprised at how many people remember me from ‘Degrassi. “

” I really love young Tom Hanks. He’s just one of my favorites. He’s a great, quirky every-man. I also love Zach Braff. I really love actors that are quirky and interesting, that sort of try to portray ‘normal’ people. “

All 7 Jake Epstein Quotes about People in picture 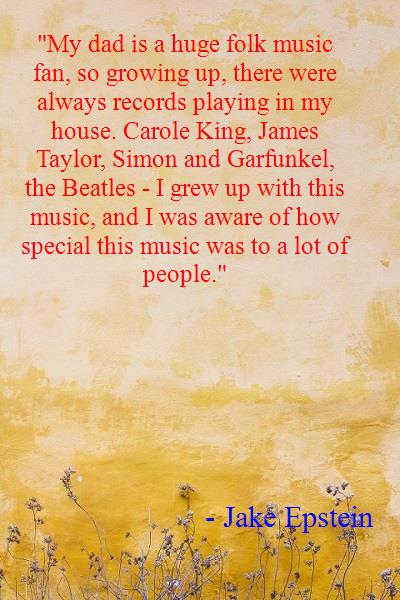 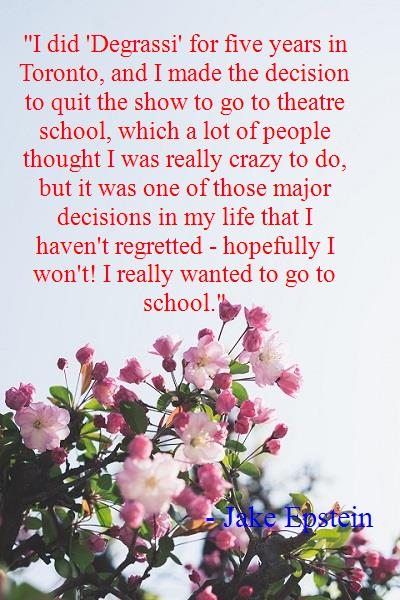 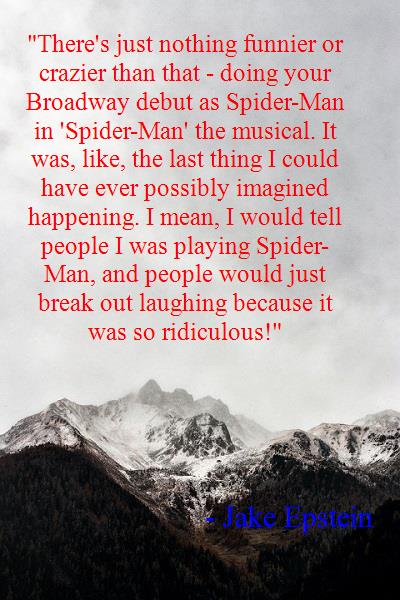 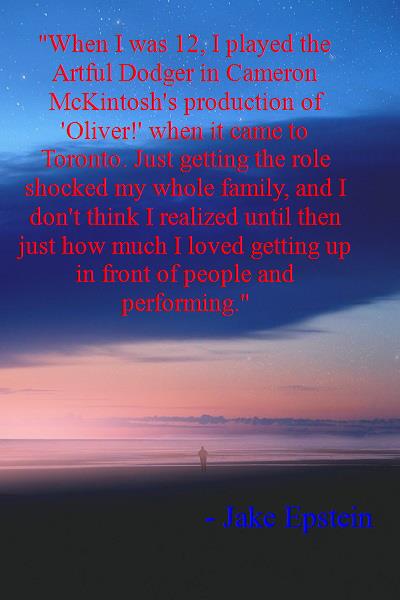 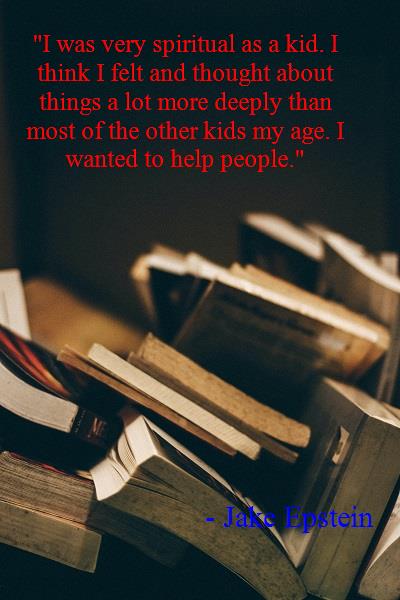 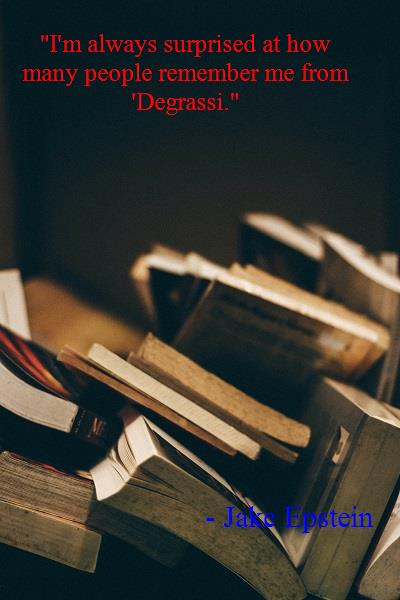