Tim Kennedy
” I’m the guy that once graduated Ranger School – a place that starves you and denies you sleep for over two months – and took a fight six days later in the IFL and won. “

” I love fighting and will always have the heart of a fighter. “

” I make, like, three or four times more when I don’t fight than when I do fight. And, I’m one of the higher-paid guys in the UFC, which is remarkably tragic and pathetic. “

” I got my hand slapped for talking about fighter pay. That was a big one. I had Dana White yell at me in front of, like, 20 other fighters. “

” Leaving active duty was so I could become the best fighter in the world at my weight class. “

” Michael Bisping, we had a five round battle. I beat him for five rounds and tripled the amount of strikes landed. I landed more take-downs in that fight than had been landed on him in his entire career. “

” Fighting is a very independent thing, and it’s not a team sport, and it’s not the NFL, you know, because we don’t have to look the same. “

All 7 Tim Kennedy Quotes about Fight in picture 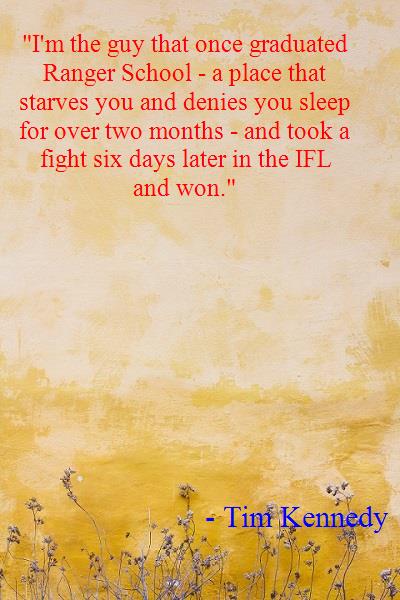 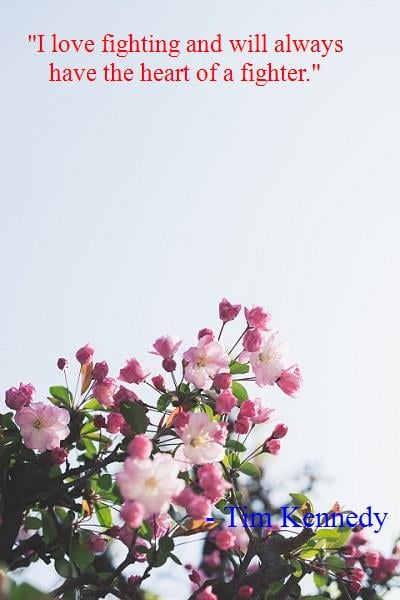 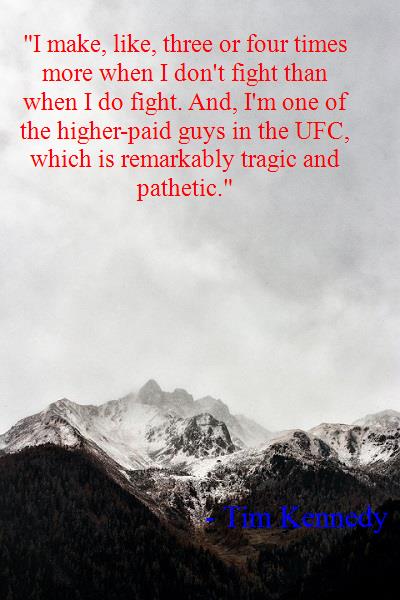 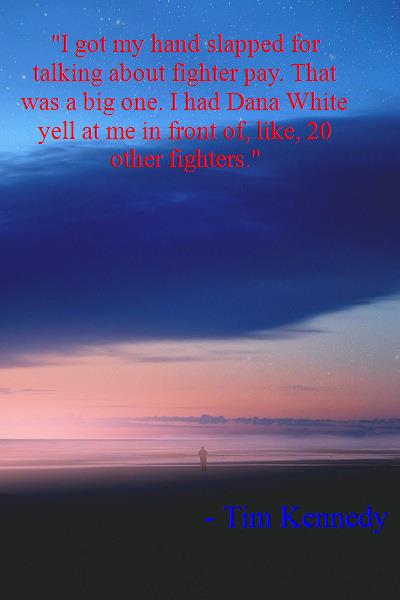 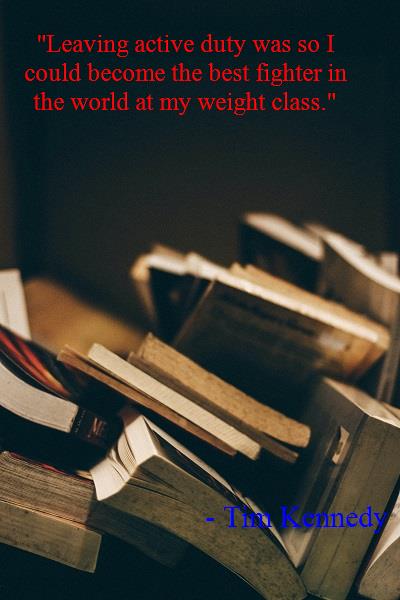 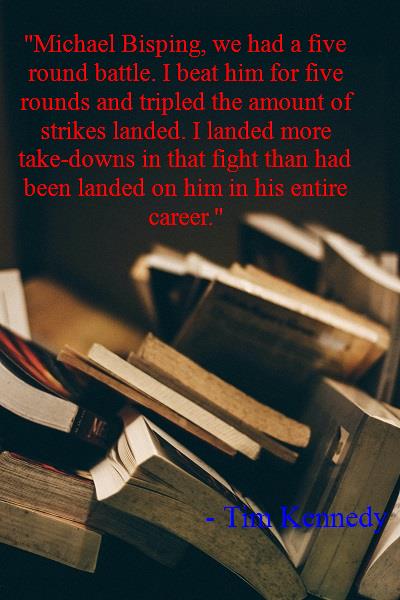 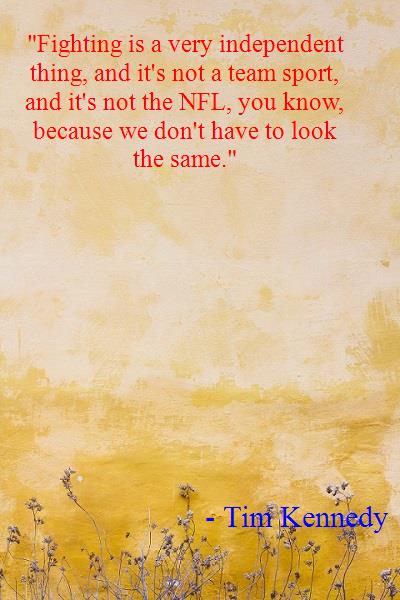