Townsend Harris
” The President of the United States thinks that for the Japanese opium is more dangerous than war. “

” The expense of a war could be paid in time, but the expense of opium, when once the habit is formed, will only increase with time. “

” The President regards the Japanese as a brave people, but courage, though useful in time of war, is subordinate to knowledge of arts, hence, courage without such knowledge is not to be highly esteemed. “

” In time of war steamships and improved arms are the most important things. “

” If war should break out between England and Japan, the latter would suffer much more than the former. “

” If Japan had been near to either England or France, war would have broken out long ago. “

All 7 Townsend Harris Quotes about War in picture 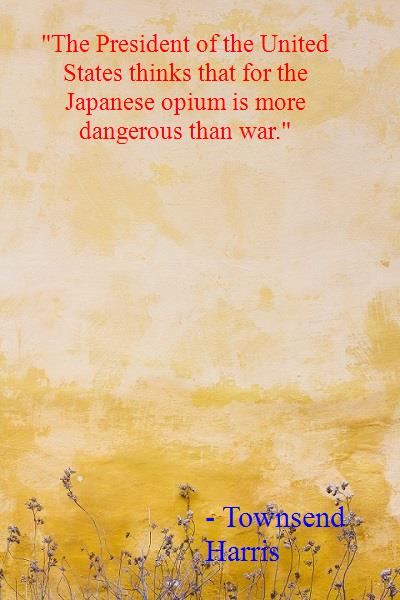 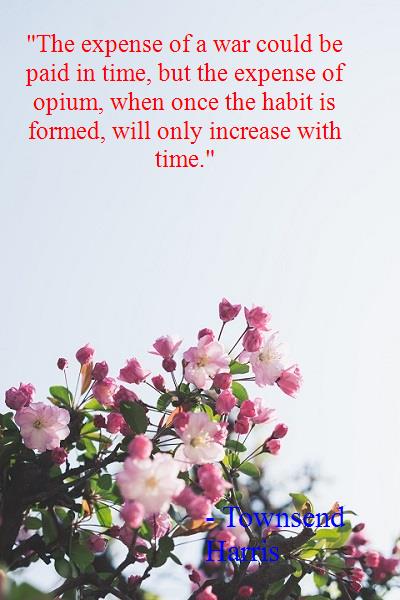 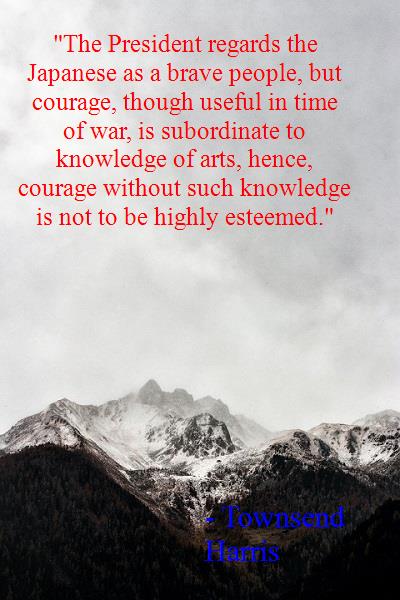 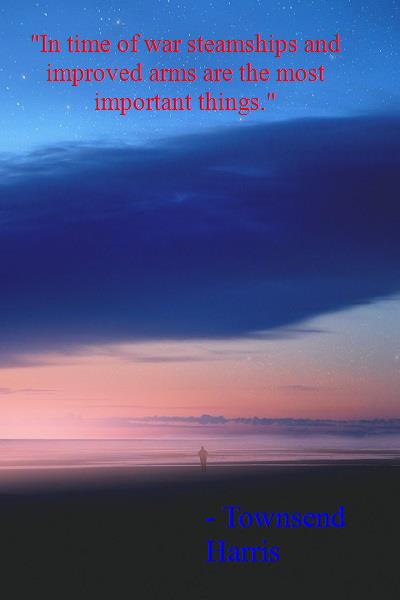 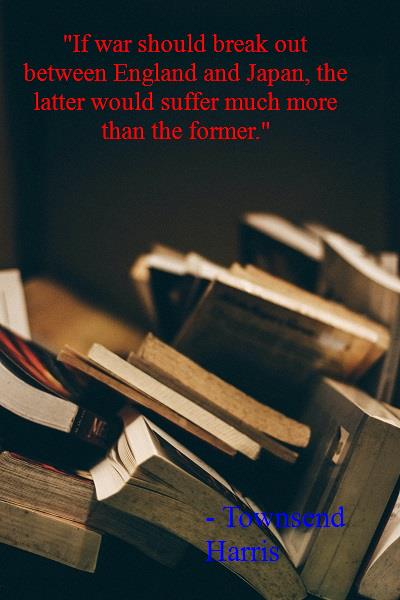 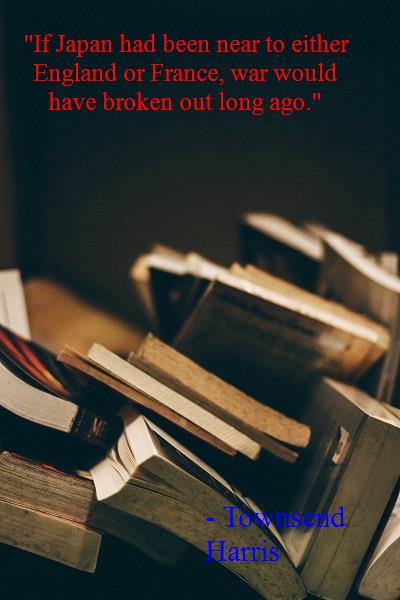 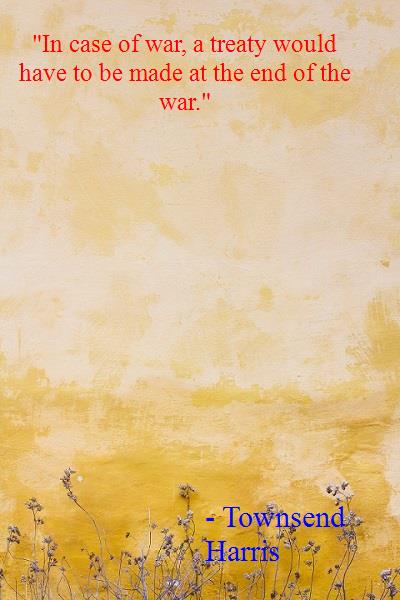