Elihu Root
” It is not uncommon in modern times to see governments straining every nerve to keep the peace, and the people whom they represent, with patriotic enthusiasm and resentment over real or fancied wrongs, urging them forward to war. “

” It is to be observed that every case of war averted is a gain in general, for it helps to form a habit of peace, and community habits long continued become standards of conduct. “

” Nothing is more important in the preservation of peace than to secure among the great mass of the people living under constitutional government a just conception of the rights which their nation has against others and of the duties their nation owes to others. “

” The limitation upon this mode of promoting peace lies in the fact that it consists in an appeal to the civilized side of man, while war is the product of forces proceeding from man’s original savage nature. “

” The mere assemblage of peace loving people to interchange convincing reasons for their common faith, mere exhortation and argument to the public in favor of peace in general fall short of the mark. “

” The methods of peace propaganda which aim at establishing peace doctrine by argument and by creating a feeling favorable to peace in general seem to fall short of reaching the springs of human action and of dealing with the causes of the conduct which they seek to modify. “

” The point of departure of the process to which we wish to contribute is the fact that war is the natural reaction of human nature in the savage state, while peace is the result of acquired characteristics. “

” There is so much of good in human nature that men grow to like each other upon better acquaintance, and this points to another way in which we may strive to promote the peace of the world. “

All 8 Elihu Root Quotes about Peace in picture 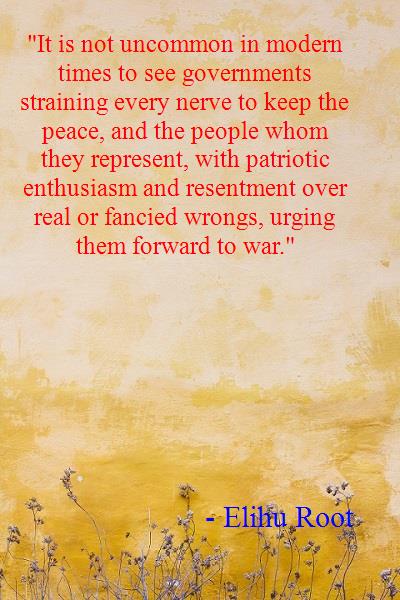 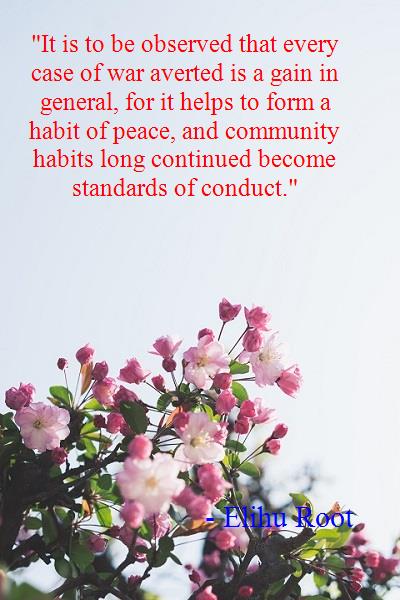 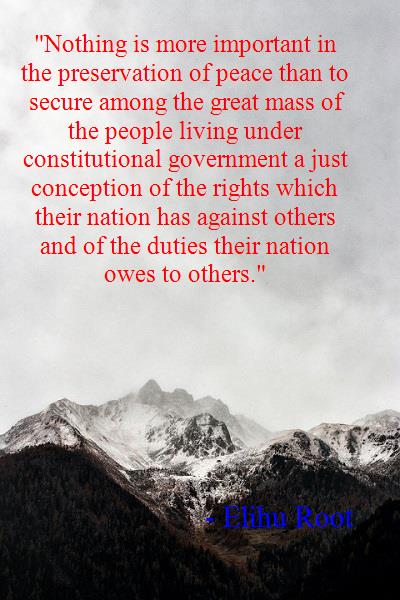 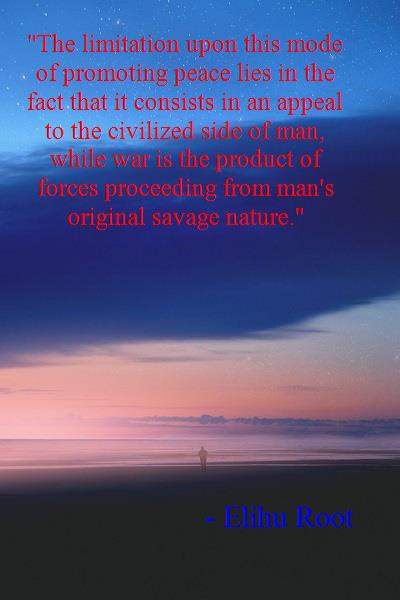 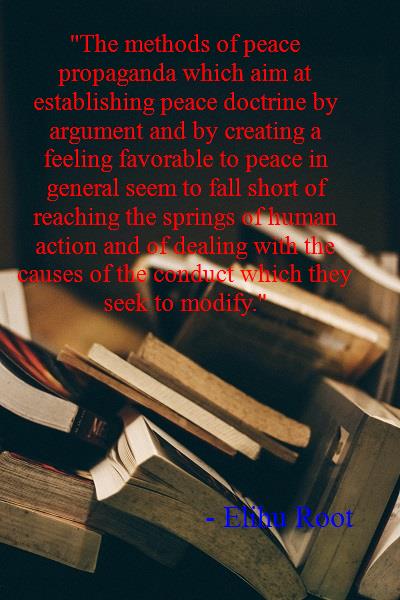 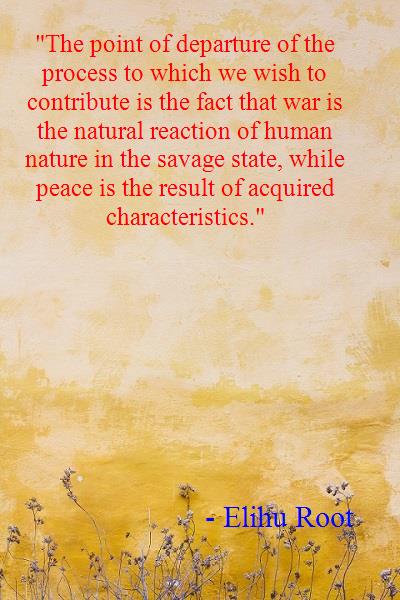 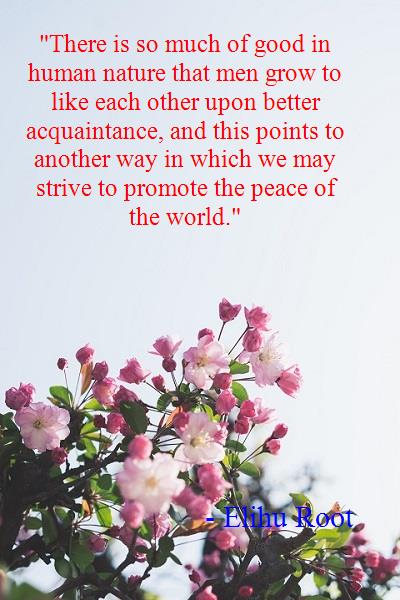