Adam Richman
” I knew what I was getting into: 72-ounce steaks, shakes by the quart, atomic wings. When I landed ‘Man v. Food’ in 2008, I accepted the fact that my weight would fluctuate. But instead of stressing about the scale, I made my long-term health a primary concern. “

” I was logging 15-hour days, sampling food every minute. I had access to these amazing dishes, and it was easy to lose sight of how quickly the bites added up. “

” ‘Man v. Food’ was the biggest career-defining opportunity. I went from anonymity to someone of note with access to amazing eateries. “

” In a day and age when there are so many culinary competitions – ranging from contests of taste to those of technique – The World Food Championships will be the ultimate food competition. “

” Super polished signage is not always a good sign. I’m always looking for places that you have to know about to find. Also, just food-wise, if I’m eating ethnic cuisine – I hate that phrase, but still – If I’m eating Mexican food, I’m looking to see that there are Mexicans in the restaurant. They know if the food is being made right. “

” There’s no way that I could have known about a 72-oz. steak challenge in Amarillo unless thousands upon thousands of locals and travellers alike had attempted it. I guess if ‘Man V Food’ is me paying homage to these legends, then I suppose ‘Man V Food Nation’ is the legacy. “

” Now you can get artisanal everything – pickles, coffees, house-cured meats, mustard. The pendulum has swung back to this kind of food, and it gives me the greatest hope for the future, especially because we’re living in a time with issues like polluted Gulf Coast seafood and food labeled organic that may not really be organic. “

” The Travel Channel had success with their ‘Food Paradise’ series, ’10 Best Places to Pig Out’ and those types of specials, so they knew there was a market for comfort food and wanted to develop a show around it. “

” My most memorable food challenge was probably the Big Texan in Amarillo. All the big executives called me because it was such an iconic challenge, and a victory in that would be a legitimizing device for myself as much as for the show. “

All 9 Adam Richman Quotes about Food in picture 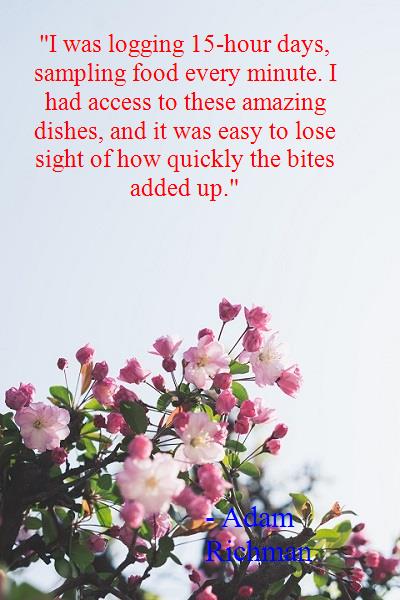 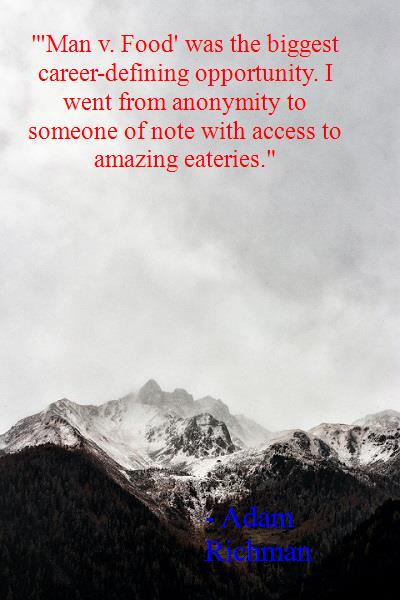 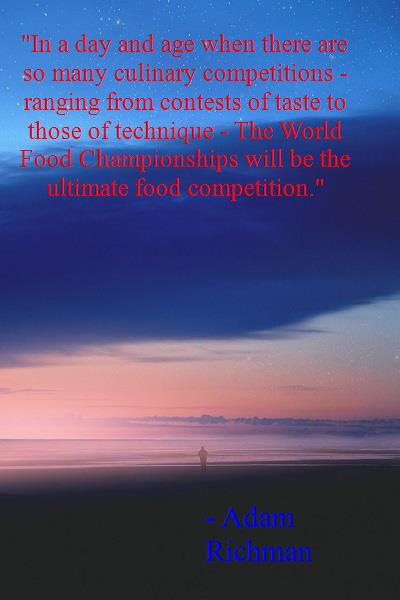 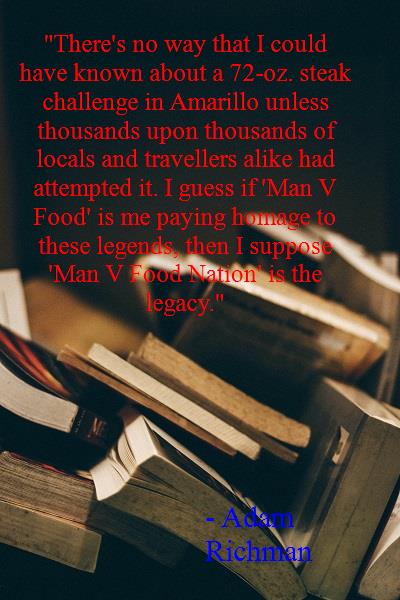 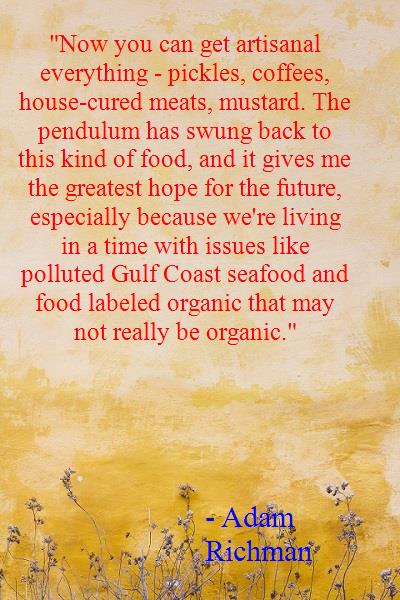 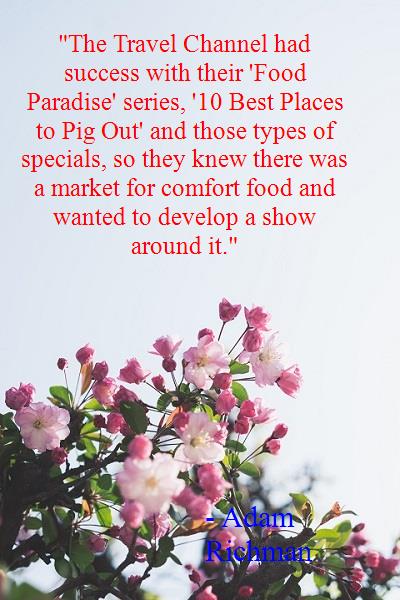 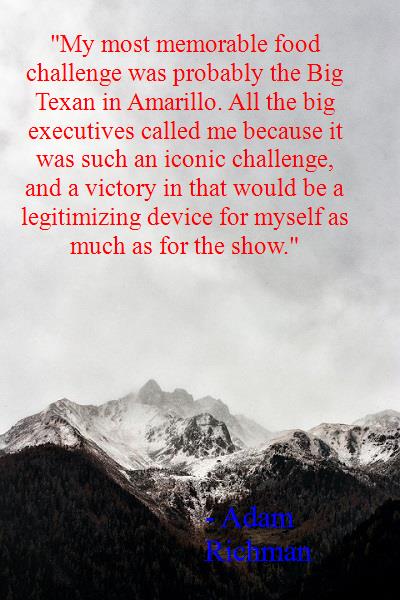