Brian Grazer
” There is evidence that people do want to watch shows back to back – that’s why DVR use is so high. When you’re able to DVR something, people will watch more than one episode. “

” The Porsche was just a vehicle to get to another place. I used it to change people’s perceptions of me. I had grown up really middle class. USC was filled with elitists, richies who would go skiing every weekend. So I pretended like I was part of that world – to be accepted. “

” Being interested in other fields and meeting experts outside entertainment – whether it’s a two-hour conversation with John Nash that turns into ‘A Beautiful Mind’ or talking to people in architecture or fashion, CIA directors or Nobel laureates – has given me a better sense of which ideas feel authentic and new. “

” I try to be thoughtful when I speak but not edited. I make mistakes, but people like vulnerability. “

” A producer is supposed to generate an idea for a movie. And then they’re supposed to create the team, the group of people that are gonna make this movie. And within that team, the producer has to have a creative vision and a fiscal vision, and they have to adhere to both things. “

” I think that we all absolutely have curiosity. It brings about knowledge. It’s energizing. It’s spiritually empowering. It makes us more interesting as people. “

” I don’t like to boss people around. I don’t get motivated by telling people what to do, I don’t take any pleasure in it. So I manage with curiosity, by asking questions. “

” Asking for people’s help – rather than directing it – is almost always the smart way of doing things, regardless of the stakes. “

” Curiosity at work isn’t a matter of style. It’s much more powerful than that. If you’re the boss, and you manage by asking questions, you’re laying the foundation for the culture of your company or your group. You’re letting people know that the boss is willing to listen. “

All 9 Brian Grazer Quotes about People in picture 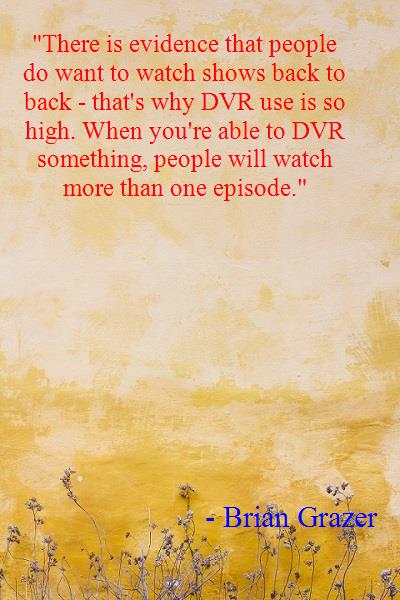 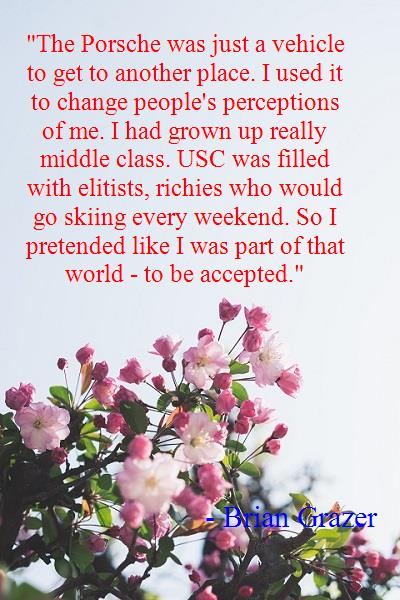 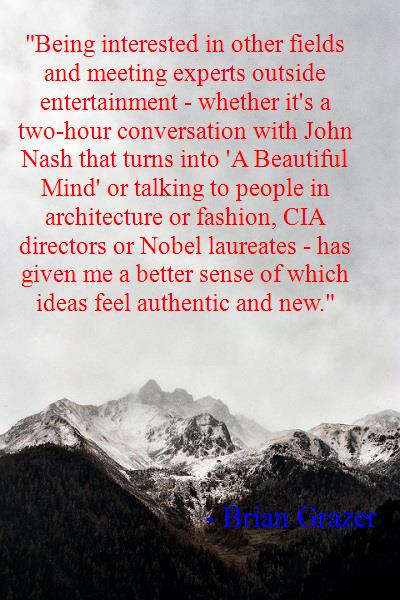 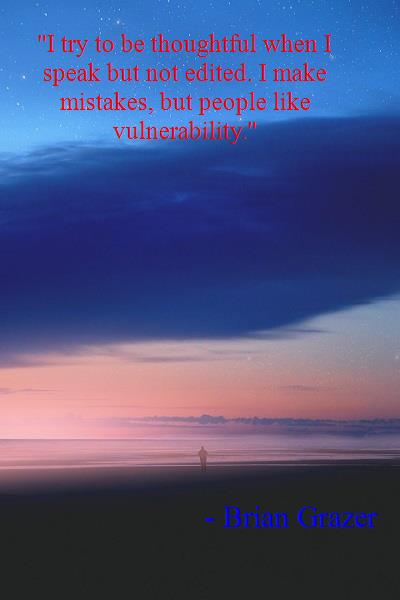 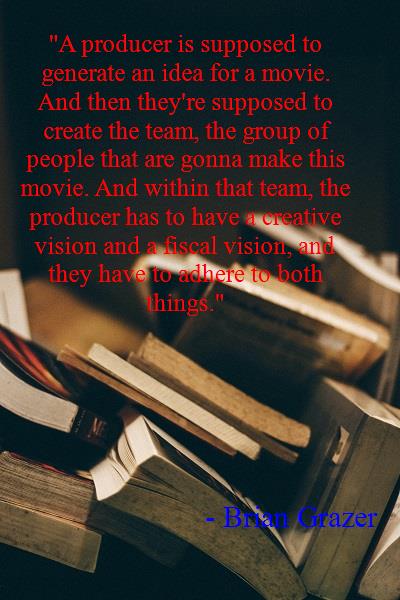 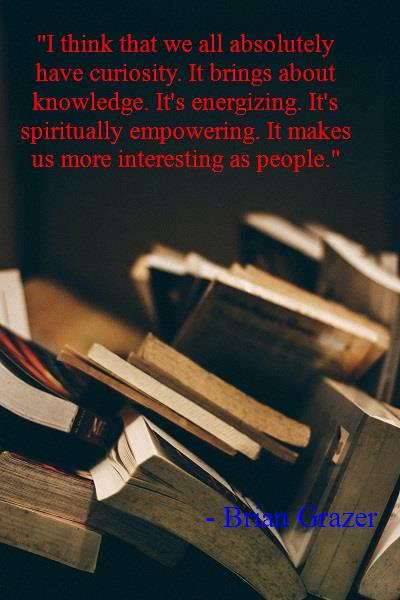 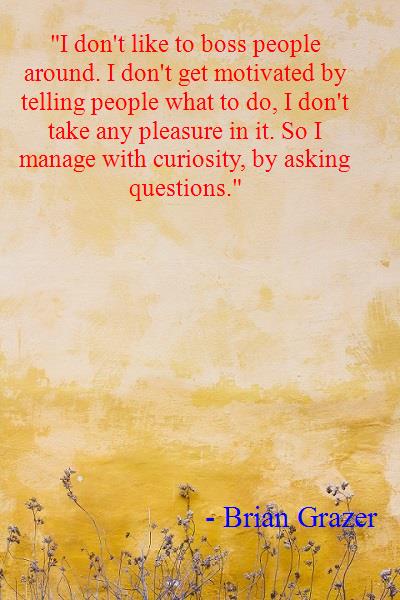 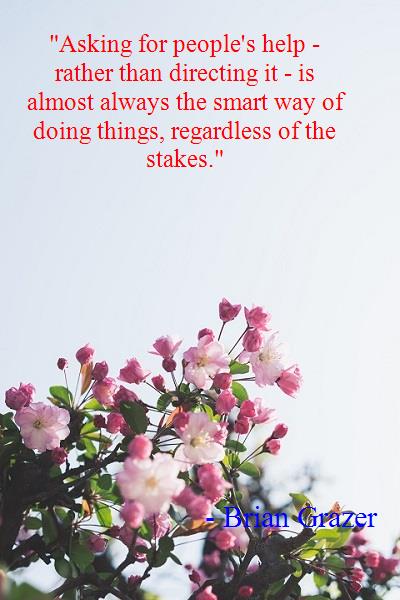 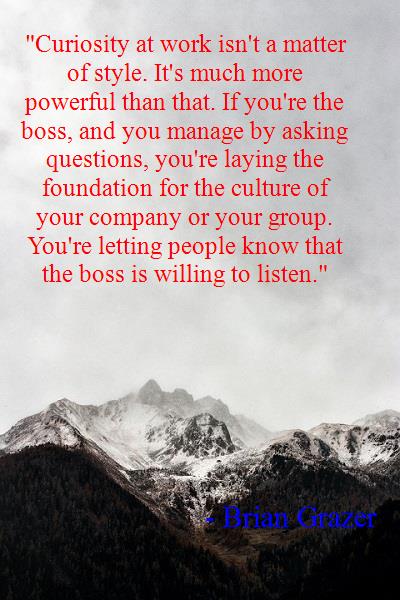