” The idea that working a blue-collar job and living in a working-class community provides barriers that are unique to your circumstances – that’s not a very controversial subject anymore. I think it’s something that people on both the Left and the Right probably accept. “

” When people read ‘Breitbart’ every single day and convince themselves that Barack Obama is a foreign terrorist, that is not a problem of government. That is a problem of community failure, and we have to recognize that. “

” Violence and chaos were an ever-present part of the world that I grew up in. And unfortunately, it wasn’t just in my family. Sometimes, you’d see, you know, Mom fighting with one of her boyfriends. But a lot of times, you’d see people exploding on each other in a local restaurant or on the street. “

” It would be great if people returned to areas of the country that need talented people with good economic prospects. Our country would really benefit if those who went to elite universities, who started businesses, who started nonprofits, weren’t just doing so on the coasts. “

” The increasing segregation we have in our country geographically and culturally has led to these pretty monolithic views of different classes of people, and because of that, we’ve lost a certain amount of cultural cohesion. “

” People have lost their faith that if they work hard, if they try to get ahead, if they play by the rules, then that will ultimately result in positive outcomes. “

All 9 J. D. Vance Quotes about People in picture 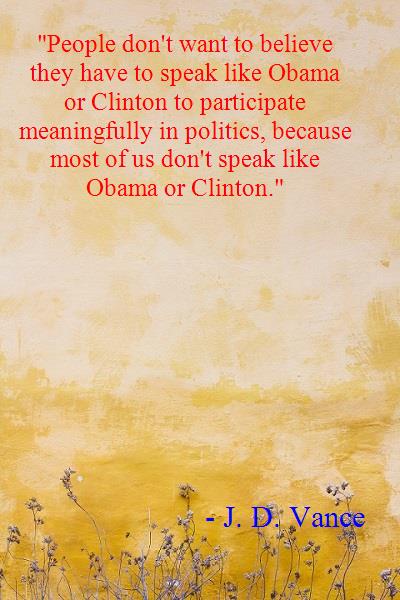 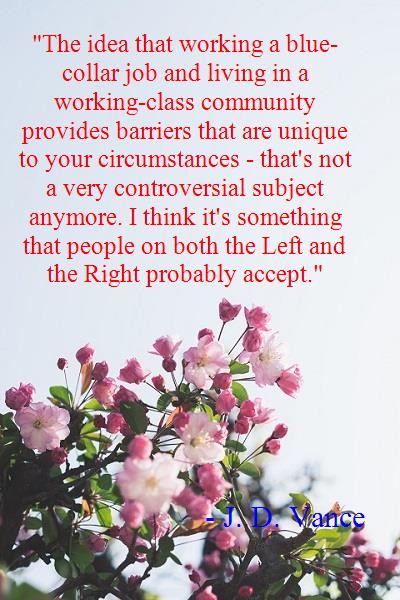 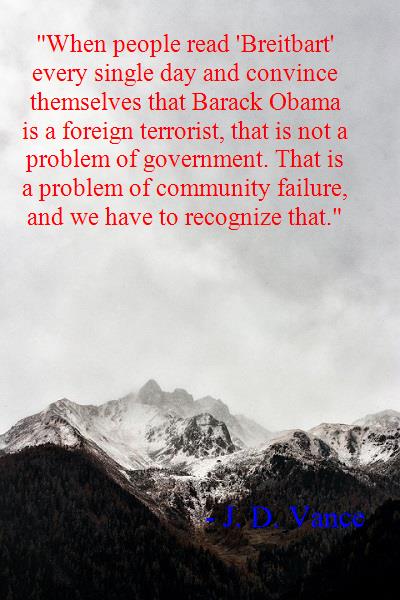 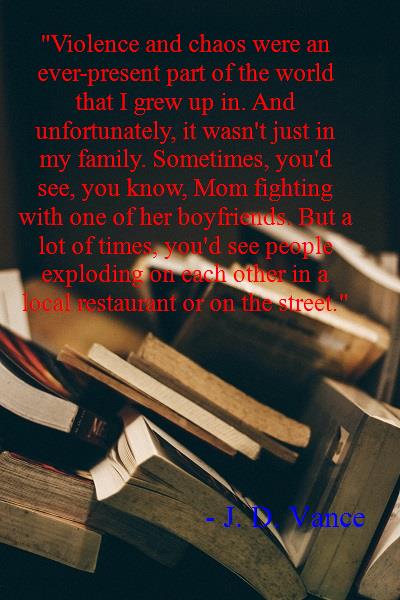 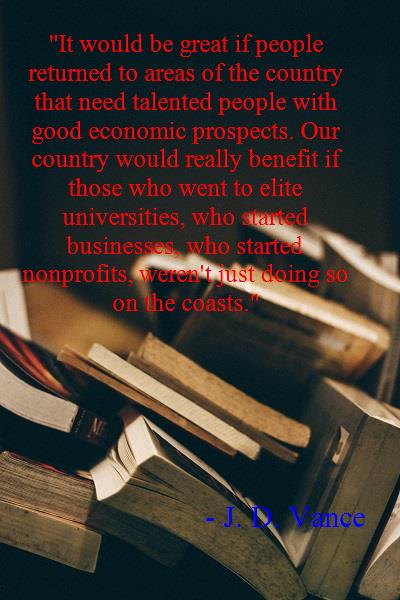 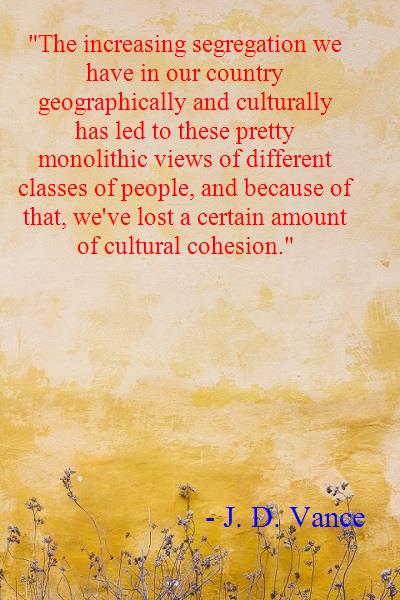 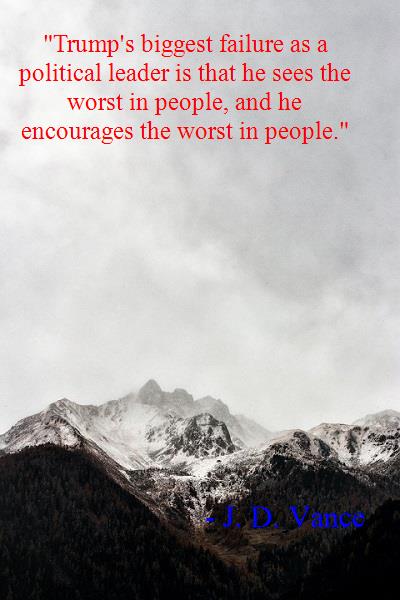