Jeannette Rankin
” I want to stand by my country, but I cannot vote for war. “

” You can no more win a war than you can win an earthquake. “

” It is unconscionable that 10,000 boys have died in Vietnam. If 10,000 American women had mind enough they could end the war, if they were committed to the task, even if it meant going to jail. “

” There can be no compromise with war, it cannot be reformed or controlled, cannot be disciplined into decency or codified into common sense. “

” War is the slaughter of human beings, temporarily regarded as enemies, on as large a scale as possible. “

” The most important accomplishment, I believe, was my voting against the First World War. “

” If they are going to have war, they ought to take the old men and leave the young to propagate the race. “

All 9 Jeannette Rankin Quotes about War in picture 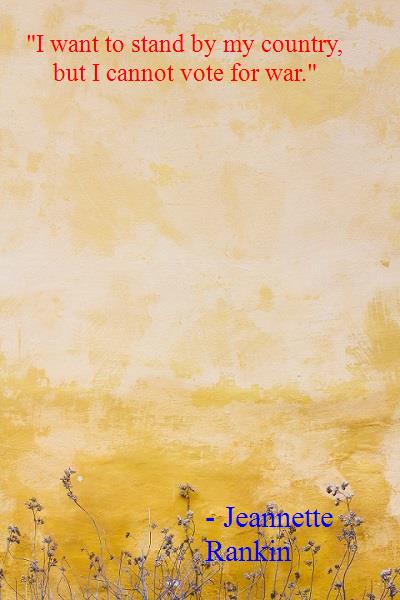 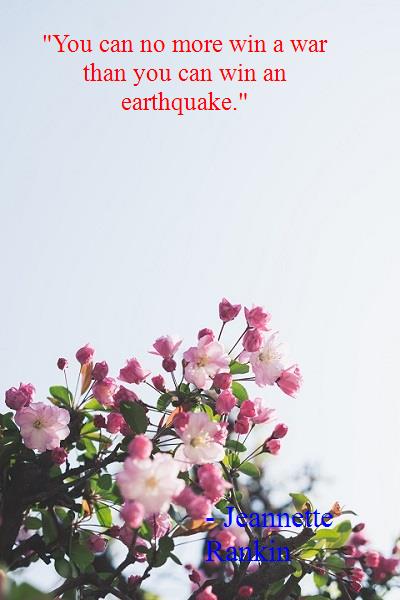 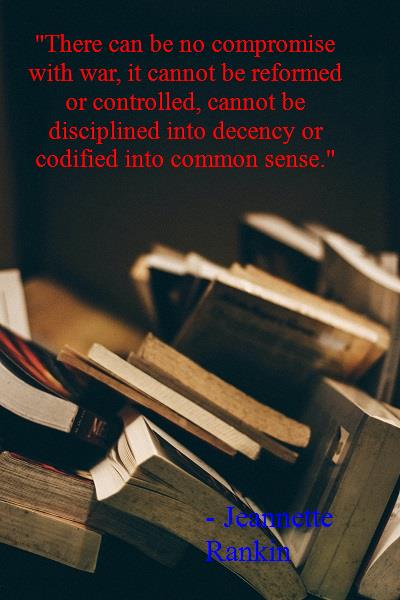 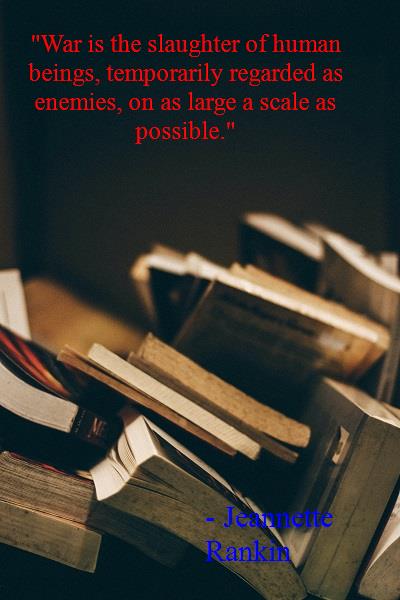 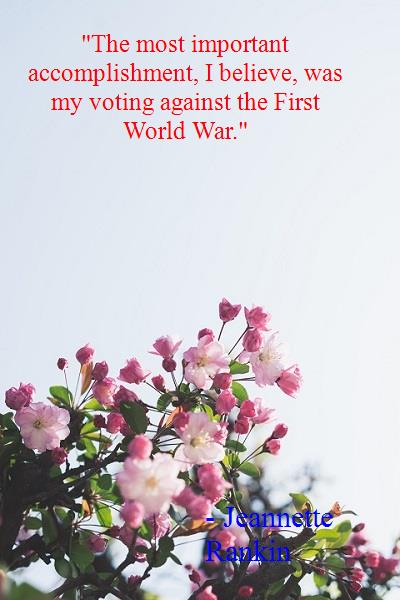 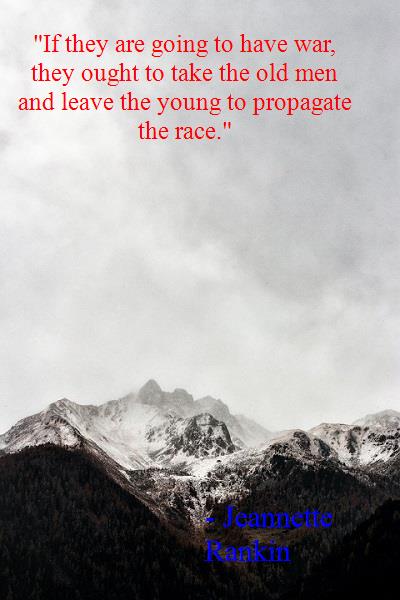